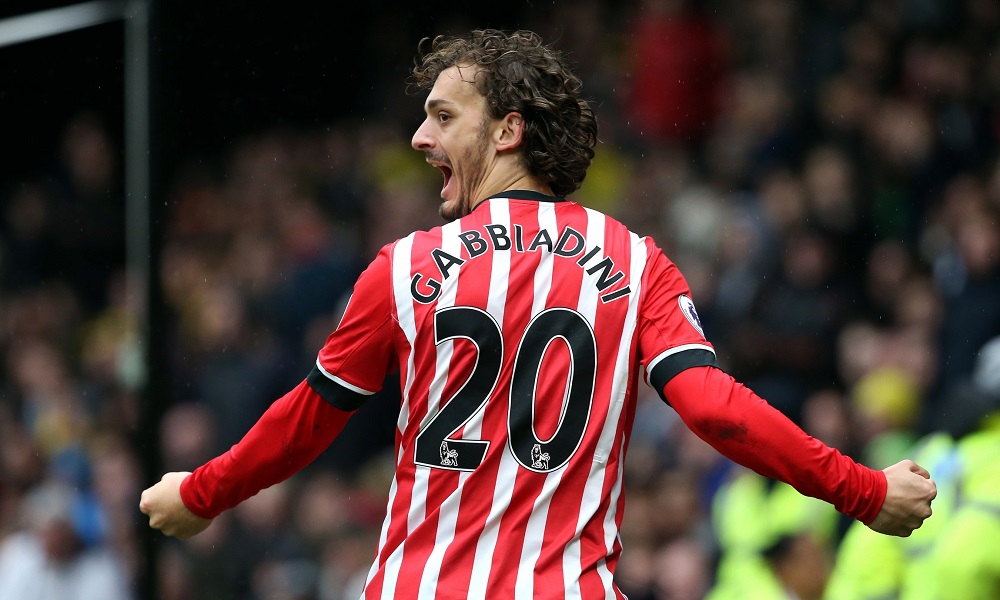 Chelsea seized the headlines with their 4-2 victory over Tottenham in the FA Cup semi-final on Saturday. Now it’s time to resume the Premier League chase, with the West London side taking on Southampton at Stamford Bridge on Tuesday. See the latest odds here.

So can Claude Puel’s south coast outfit possibly mastermind victory over the Blues? The Saints have won three of their last four Premier League games on the road – even if they did get dicked 3-0 by Man City last time out.

Southampton fans will be hoping Manolo Gabbiadini can turn it on for the visitors; the Italian has been brilliant since his arrival from Napoli in January, scoring six goals in his first four games for the club.

Gabbiadini couldn’t make an impact against either Spurs or Man City, however – so will he be able to rediscover his goal touch against the league leaders? He might, you know – five of his goals have come on the road, and whatever Chelsea’s strengths, they have conceded in each of their last 10 league games.

If Southampton can carve out a few openings, Gabbiardini looks the likeliest to find the net. You can back Gabbiardini to score at anytime at 31/10.

And having already lost two games this month, perhaps Antonio Conte’s team can be rattled again here. The Blues are 3/7 to take the win, with the draw a 7/2 shot – and a win for the visitors available at 15/2.

Of course, if Chelsea play the way they did on Saturday, their victory should be assured. Then again, perhaps the home side could still be a little weary after that blockbuster at the weekend…