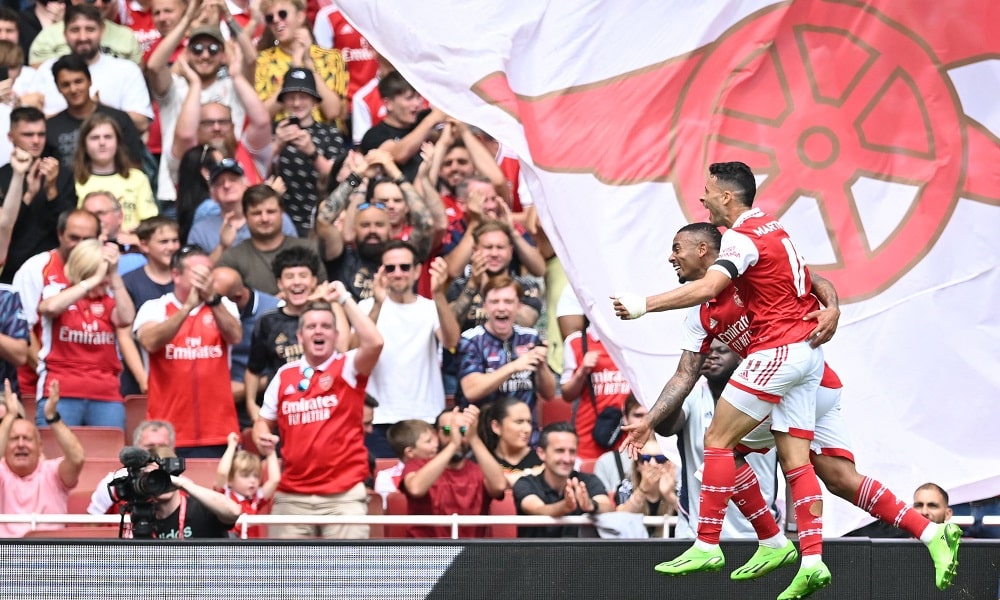 After a pre-season that could scarcely have gone better, will Arsenal keep the good feeling going as the new Premier League season gets underway on Friday? Bet on Palace vs Arsenal now

Last month Mikel Arteta’s side beat Chelsea 4-0 in a friendly, following that up with a commanding 6-0 win over Sevilla. At the very least, it’s fair to say this Arsenal team seem happy right now. Positive. Going places?

Gabriel Jesus could shine for the Gunners

Well, let’s not get ahead of ourselves. It’s off to Selhurst Park for the first match of the new campaign – and Arsenal took just a single point from Palace last season. Patrick Vieira’s team held his old side to a draw at the Emirates. And Vieira masterminded a 3-0 win in the Eagles’ home fixture.

It’s not unusual to see the Gunners get off to a dispiriting start, either. Last season, they started the new campaign with three straight defeats – the first an away loss to Brentford.

Arsenal improved significantly after that sloppy start. But their failure to finish in the Champions League places meant the side finished the season on a bum note.

Palace surprised a few people last season and certainly finished their campaign with a strong record at home, unbeaten in their last six home games – which included visits from Man City and Man United, as well as the Gunners.

So can the Eagles sap some swagger from their opponents here? Perhaps, but however this one ends, new signing Gabriel Jesus could at least shine for the Gunners.

Jesus scored a hat-trick against Sevilla last weekend. The former City man looks to be delighted with life since moving to north London, and it would be no shock to see Gab get off the mark quickly for the Gunners.

Jesus is 33/20 to score at any time, but he’s also 10/1 to score at least two goals – not the unlikeliest outcome, if he’s as irrepressible here as he has been in pre-season.

It’s a while since things looked quite so rosy for Arsenal. How long the side can sustain that upbeat energy is a reasonable question. But it’s tough not to fancy Jesus to make his mark on Friday, given recent showings.

Continue Reading
You may also like...
Related Topics:Crystal Palace vs Arsenal, featured