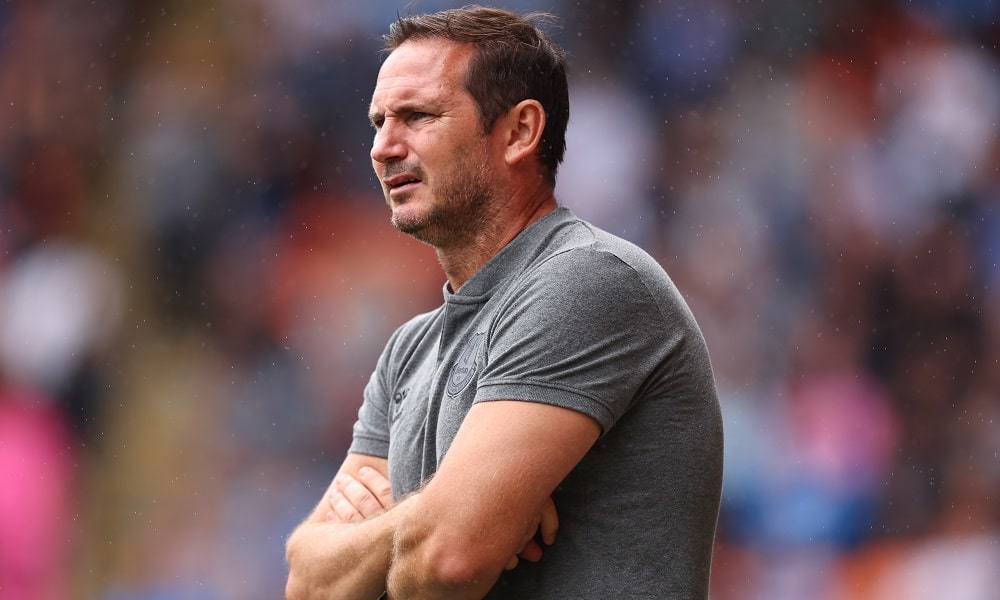 When Fulham last played in the Premier League during the 2020-21 season, they had to wait ‘til November to record their first win. Chances are the newly-promoted side won’t begin in confidence-inspiring fashion this time either, welcoming Liverpool to Craven Cottage for this lunchtime kick-off.

Under Marco Silva, the West London side clinched the EFL Championship in style last season, Aleksandar Mitrovic scoring a record-breaking 43 goals. Few expect the Serbian to maintain that form in the Prem, of course.

Liverpool looked keen to atone for last season’s disappointments in the Community Shield last week, and it’s tough to see anything but an away win here. With new signing Darwin Nunez clearly eager to make a strong early impression, the Uruguayan can get off the mark here – and is 4/1 to open the scoring.

Former Fulham coach Scott Parker was responsible for guiding Bournemouth back to the Prem at the end of last season. Will he be able to keep them there?

In league games, the Cherries have only lost one home game in 2022 thus far – but Steven Gerrard’s Villa will be hopeful of taking three points against Bournemouth, who are favourites for relegation at 1/2!

Villa’s board are apparently an ambitious bunch, but the side could only finish 14th last season and however high Gerrard’s standards, a top ten finish or decent Cup run is surely the best that Villa fans can hope for in this campaign.

Not that either of those things are a given. Villa won just three of their last 12 league games last season – against Burnley, Norwich and Leeds.

Gerrard is also a bit of a stickler for the my-way-or-the-high-way approach. It’s an approach that won’t always pay off – but there are things to be positive about too. New signing Boubacar Kamara is apparently a fine defensive midfielder; Villa have signed Philippe Coutinho permanently, too.

The Villans probably will have too much for Fulham; the visitors are evens to win their opener.

Leeds hung on to their Premier League status by a fingernail last campaign, Jesse Marsch replacing the inspirational but inflexible Marcelo Bielsa. Can Marsch make this Leeds team his own this season?

The Yorkshire outfit will be without both Kalvin Phillips and Raphinha, two of the club’s most outstanding talents. Can new recruit Colombian winger Luis Sinisterra offer some solace to the Elland Road faithful?

Perhaps striker Patrick Bamford will have a better time of it, having spent much of the last season recovering from various injuries.

Wolves have only brought in one player so far, Nathan Collins from Burnley. That’s possible a little alarming given the Old Gold failed to earn a win in any of their last seven games of the previous campaign, with even doomed Norwich earning a point at Molineux in May.

Bruno Lage’s team lost four of their five opening league games last season too. If they’re similarly slow to start this time, perhaps the hosts can benefit in what will almost certainly be a low scoring affair. Leeds are 13/10 to win; under 2.5 goals is a 10/13 shot. Alternatively, Leeds are 13/2 to win 1-0.

Nottingham Forest return to the Premier League for the first time in the 21st century, Steve Cooper having steered the side to play-off glory at Wembley in May.

It’s been a long time coming – so will Forest be able to stick around, now they’re finally back? It’s certainly a testing opener for Cooper’s merry men; Newcastle won six of their last eight league games in the previous campaign, losing only to Liverpool and Man City.

For Forest, Jesse Lingard’s signing has captured plenty of attention, not all good – but does that matter? It’s fair to say that Lingard thrives on attention. Often mocked for his social media antics, Lingard has also proven he can be hugely influential on the pitch – as his stint with West Ham a couple of years back demonstrated. So will J-Lingz be able to help Forest catch Newcastle napping this week?

You never know, but it seems likelier Newcastle’s steady progress will continue in this opener against one of the relegation favourites. Newcastle to win to nil at 8/5 looks the way to go.

This one seems simple. Southampton are often a bit of a shambles; Tottenham seem a lot of people’s picks for a nailed-on third place finish this season.

Could this be a shoeing for the Saints? No-one needs reminding exactly how brittle Ralph Hasenhuttl’s side can sometimes be. Even if the South coast side did actually win 3-2 last time they paid Spurs a visit.

I cannot believe a repeat of that outcome is remotely likely this week. Ivan Perisic will presumably make his debut on Saturday. Who knows what role Richarlison will play, but Kane and Son will surely feel there are goals to be had.

On that subject, Kane is just 5/6 to find the net, with Son 27/25; for a tastier price, it could be worth considering Son to score and provide an assist, which is a 6/1 shot.

Both these teams had disappointing seasons last time; for Everton, you might think it can’t get much worse. Yet the Toffees have lost their most influential creative player in Richarlison, while Dominic Calvert-Lewin sustained an injury in training earlier this week that could keep him out for a month.

At the risk of stating the obvious, the hosts may struggle for goals. In a presumed effort to combat this deficiency, Everton have bought in Dwight McNeil from Burnley; the winger scored, uh, no goals for the Clarets last season.

Chelsea have their own difficulties, but they’re a world away from the issues former favourite Frank Lampard needs to solve. Last time the Blues visited Goodison Park, Everton enjoyed a home victory; this time the hosts seem weaker, while Chelsea may be stronger. New signing Raheem Sterling could enjoy a memorable league debut for the Blues. Sterling is 39/20 to score at any time, with Chelsea 31/20 to win to nil.

Continue Reading
You may also like...
Related Topics:Everton vs Chelsea, featured, Premier league