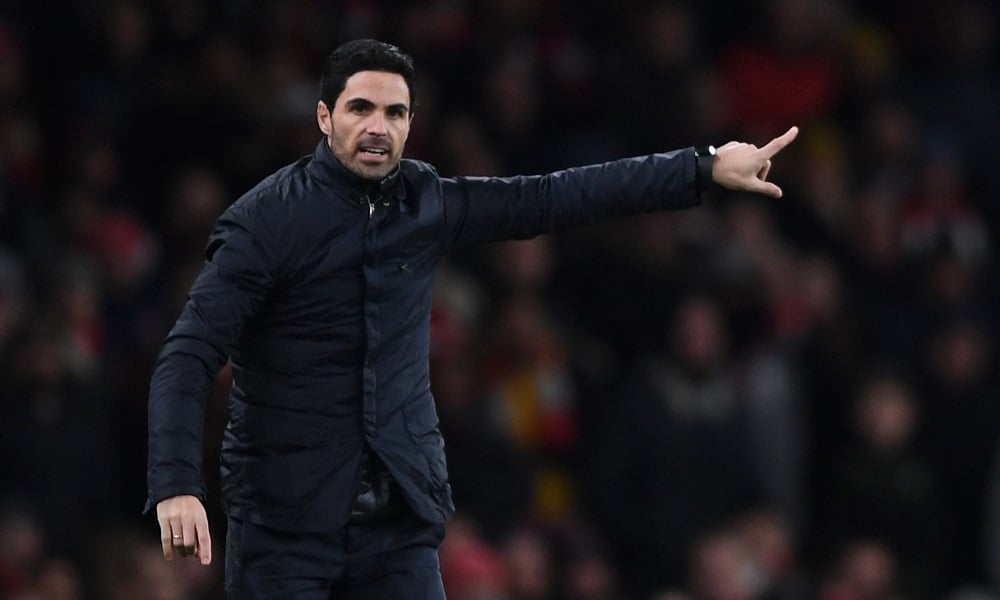 Arsenal got away with it against Crystal Palace on Monday. Arteta’s side earned a barely deserved equaliser with the last kick of the game, after Palace had fought back from going an early goal down to deliver what looked like a being a famous victory for Paddy Vieira.

The Gunners might have earned a point, but it’s difficult to know if this side are really moving in the right direction. If confidence in Arsenal is hard to find right now, though, opponents Aston Villa come here on the back of two straight defeats.

Villa were 2-0 up with 10 minutes to go last weekend, and somehow ended up losing 3-2 to Wolves. Leave that dismal denouement aside, and Villa were pretty good last week, however. Alarmingly for Arsenal, they’ve lost their last three meetings against Villa without scoring a goal, too – last season, Dean Smith’s men won 3-0 at the Emirates.

Villa are 3/1 to win this one, which probably makes more appeal than backing Arsenal at odds-on. But if you’re not certain the visitors can keep that good run going, perhaps backing Ollie Watkins to score is a better angle.

The 25-year-old fired in three goals in two appearances against Arsenal last season, and found the net against Tottenham earlier this month too. Watkins is 13/5 to score at any time here.

Thomas Tuchel’s high-fliers come up against Canaries that can’t get off the ground; rock bottom Norwich are still yet to win a league game. That said, Daniel Farke’s side are currently on their best run of the season (it’s all relative), racking up consecutive goalless draws against Burnley and Brighton.

Chelsea warmed up for this match with a midweek 4-0 win over Malmo in the Champions League, but less happily both Timo Werner and Romelu Lukaku were injured in that game.

The West London side may have to look beyond that pair for goals (not necessarily a new development), but they surely have somebody who can plot a route past Norwich’s defence.

Ben Chilwell, maybe?! The left back has scored in his last two Premier League outings and netted for England during the international break too. Chilwell is 21/4 to score at any time here…

Whoever scores for Chelsea, even against more limited opposition the Blues rarely run riot under Tuchel (despite the evidence of, er, a couple of days ago). In the Correct Score market, Chelsea to win 2-0 at 9/2 could work out here.

Palace to spoil the Newcastle party? Post-Ashley, post-Bruce, and with all the money in the world and no immediate way to spend it on players, Newcastle are still winless in the Prem – and the Eagles look pretty good under Patrick Vieira.

Hugely unlucky not to take the win against Arsenal on Monday, Palace have drawn their last three – but can surely improve against a Magpies side that could still find themselves in a relegation scrap this season.

The hosts are 19/20 to win. Alternatively, Odsonne Edouard scored against the Gunners on Monday, and the former Celtic man is 11/8 to find the net at any time on Saturday.

With one win in their last four, Rafa Benitez’s Everton could do with a straightforward victory this weekend. Good news, then: the Toffees have never lost at home to Watford in any competition.

Everton are also vying against a Watford team that have just secured Claudio Ranieri’s services in a bid to galvanise the side – only to see the veteran coach’s first game in charge end in a 5-0 drubbing.

The Hornets have a tough run ahead of them, and this trip to Goodison Park looks like one of their best chances of earning a point over the next six weeks or so. Every thing’s relative, though; Everton are heavy odds-on favourites to win, with Watford 23/5 to take the victory.

The hosts will be without the injured Dominic Calvert-Lewin, who suffered a setback earlier this week, but Andros Townsend already has five goals for the Toffees in all competitions and can step up once again here; Townsend is 17/4 to score at any time.

In three of their four away games this campaign, Watford have failed to score a goal, so backing the Everton win to nil at 33/20 could also be a good shout – you can find that bet in our Match Events section.

Whether it’s burn out or just bad luck with injuries, Leeds aren’t enjoying their second Premier League season under Marcelo Bielsa. The West Yorkshire side have only won one league game, against Watford, and Saturday’s game may not bring any respite.

Wolves won home and away against this team last season, and in fact Wolves have won each of their last three visits to Elland Road without conceding a goal. Bruno Lage’s side have a bit of momentum too, winning their last three league matches.

Wolves are 19/10 to win this one, while Hee-Chan Hwang might be worth a look at 13/5 in the any time goal scorer market. The south Korean scored twice before the international break against Newcastle and will surely find opportunities against a Leeds side that have faced 48 shots on target so far this campaign – more than any other team in the Prem.

Neither of these two sides have started this campaign with a bang, but Southampton did beat Leeds last weekend to earn their first league win. And the Saints are looking to double that tally against a Burnley side in the doldrums.

Ralph Hasenhuttl’s side won home and away against the Clarets last season. And with Burnley failing to beat whipping boys Norwich earlier this month, Ralphie H must be eyeing this fixture as a wonderful opportunity to put a bit of momentum together.

Southampton are evens to win. But with Sean Dyche’s visitors drawing a blank in three of their last four league outings, Saints to win to nil at 47/20 could be worth considering too.

As good as Brighton have been in the last few months, it would be quite an upset if Graham Potter’s men were able to prevent Man City’s inexorable march onwards.

In fairness, City have slipped up a couple of times since August. But after dishing out a 5-1 drubbing to Club Brugge midweek, the Citizens should feel positive about their visit to the south coast.

Brighton did win this fixture last season, but that surprise victory came a week after Pep Guardiola’s side had already clinched the Premier League title. Circumstances are very different this time round, and as good as the Seagulls have been, City are still likely to take three points at the Amex in this Saturday teatime kick-off.

In terms of backing an outcome with decent odds, perhaps backing under 2.5 goals is the way to go, though. That’s available at evens – worth considering, with six of Brighton’s eight league matches having seen two or fewer goals scored.

City always have it in them to run riot, it’s true – but on the road so far in this campaign they’ve been less emphatic, winning 1-0 against both Leicester and Chelsea. This could be another low scoring win for Guardiola’s side, with the 1-0 win a 23/4 shot.

Continue Reading
You may also like...
Related Topics:Arsenal vs Aston Villa, Chelsea vs Norwich, featured, Palace vs Newcastle, Premier league

So long, Steve – who’s in the frame to replace Bruce as Newcastle manager?
Premier League preview: Sunday’s action including Man Utd vs Liverpool