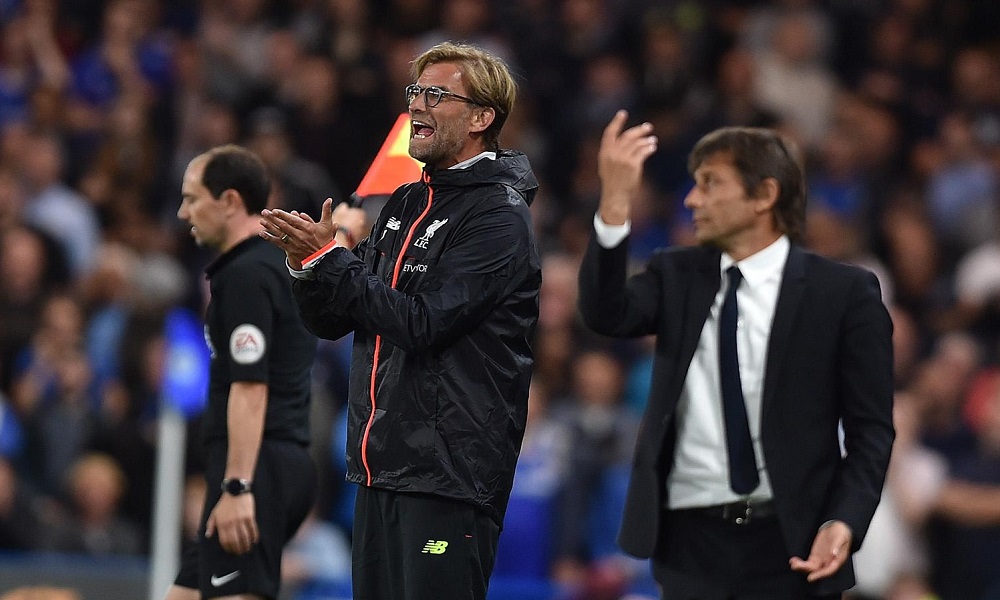 Anyone thinking Liverpool had put their bad old ways behind them was dragged back to reality in infuriating fashion on Tuesday, as Sevilla exposed the team’s weaknesses.

Jurgen Klopp’s side were impressive in the first half of this Champions League encounter, cruising into a 3-0 lead courtesy of Roberto Firmino and Sadio Mane – yet in the second half Seville  struck back against the Merseyside team (thanks in significant part to Alberto Moreno’s follies), finishing the game 3-3 to stun the visitors.

So what to expect from Klopp’s men this week, as they play host to last season’s Premier League champions? Chelsea may not be quite the powerhouse of the previous campaign, but they’ve won six of their last seven games in all competitions and on the face of it, would appear to be a lot more reliable than their hosts.

Antonio Conte’s side have also scored nine goals in their last three games without conceding a single goal, and surely come into this game fancying their chances. Still, a word of caution. Conte is yet to steer the West London club to a win over Liverpool; the corresponding fixture last year ended in a draw.

Bear in mind, also, that Liverpool are unbeaten at Anfield since April, when, er, Crystal Palace pulled off an unlikely victory, putting the kibosh on the Reds on their own doorstep, 2-1.

Chelsea also have their own issues, coming into this game; though the side enjoyed a straightforward 4-0 away victory over FK Qarabag on Wednesday, the Blues had to fly out to Azerbaijan to contest the game, and it could be that Liverpool’s players are somewhat fresher for this encounter.

Klopp will be eager to see a response to those midweek mishaps, too. While he’s far from infallible, the German’s motivational gifts are not in doubt.

And with the likes of the aforementioned Firmino and Mane, plus Philippe Coutinho and Mohamed Salah posing a threat, Liverpool have enough firepower to take all three points, even if the visitors find a way through the sometimes-ragged defence.

Salah himself has been a revelation for Liverpool since joining this season; he’s scored 14 goals already, and may feel he has a point to prove against Chelsea, where he spent 10 unsatisfying months in 2014.

Liverpool host Chelsea in Saturday’s late kick-off. To bet on football, visit 32Red Sport today – we’ve a wide range of markets across the Premier League, as well as European and world football. If you’re looking for a different kind of flutter, check out our 32Red Casino site – there’s plenty of slots and table games to keep you entertained!