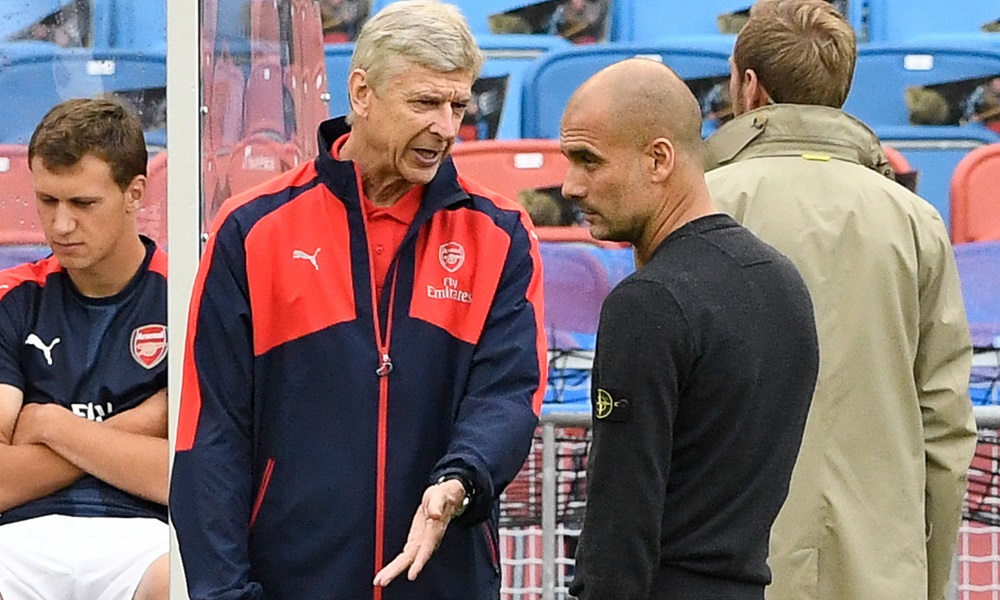 With four matches in the Premier League, will Super Sunday live up to the hype this weekend? Here’s our thoughts on each game.

Fresh from that outstanding win over Real Madrid on Wednesday, Tottenham have a rather more mundane assignment at Wembley. But what are the chances that after seeing off Cristiano Ronaldo and pals, the side revert to a more typically Spursy performance on Sunday?

We’re sort of kidding, but before that Champions League win there had been a few disquieting signs for Mauricio Pochettino’s side. There wasn’t much shame in the 1-0 defeat to Man United last weekend, but it was Tottenham’s second defeat in as many games, the side giving up a 2-nil lead against West Ham to lose 2-3 a few days earlier.

That was a League Cup match, and perhaps Poch wasn’t too upset to be out of that particular competition. Still, it does at least suggest that if complacency sets in, Tottenham could still be turned over by weaker opponents.

Probably not this weak, however. Rock-bottom of the league table and having just one solitary win in the Prem so far, Palace are a whacking great 21/2 to win this match; a victory for the home side seems all but assured, though we’d rather back Harry Kane to score at any time at 2/5, or Dele Alli in the same market at 23/20.

If you want to bet on the result, Spurs to win 1-0 at 15/2 might be worth a look – four of the last five meetings between these sides have ended with that scoreline, and after the midweek heroics there might be a slight coming down-to-earth for Tottenham here.

Man City were another British side in outstanding form in Europe midweek, seeing off Napoli 2-4 at the Stadio San Paolo on Wednesday. Capping a fine team performance, Sergio Aguero gave City the lead – and in the process became City’s highest scoring player of all time, having notched up his 178th goal for the Manchester club.

Top of the league and five points clear of their nearest rivals Man Utd, Pep Guardiola’s side go into this game as clear favourites, and are unbeaten in all competitions this season. The last time they lost a match was in April, while they’ve won all their league games since Everton took a point from them at the Etihad back in August.

Despite ongoing complaints about Arsenal’s decline, the North London club are still better placed than most other rivals to throw a spanner in City’s works. That said, the north London club’s first big challenge of the season against Liverpool ended in a painful drubbing for the Gunners. City have been so consistently accomplished that betting against them just seems perverse, even if Arsenal’s price of 7/1 to win is a big one.

City are 2/5 to take three points; if those odds don’t exactly knock you bandy, consider backing Raheem Sterling (if he starts – wait ‘til the team’s announced) to score at any time; from five appearances he’s scored seven times in the league already this season, and has four goals from his last five appearances in all competitions. Sterling is 11/8 to score at any time.

The increasingly unhappy Antonio Conte will look to draw a line under Tuesday’s defeat away to Roma with this weekend’s encounter with Jose Mourinho, a man once idolised by Chelsea fans. The Portuguese hasn’t quite reached that level of adoration with fans at his current club, though.

For reasons that don’t seem especially obvious, last weekend Mourinho took it upon himself to complain about Man United fans not getting behind Romelu Lukaku of late (the striker hasn’t scored in six outings). And Mourinho aimed another jibe at supporters again earlier this week, suggesting supporters had not shown sufficient pleasure in United’s recent win over Tottenham.

Mou was also channelling his inner Rodney Dangerfield on Thursday, essentially claiming he don’t get no respect, no respect at all. “Similar [defensive] performances for some clubs are magic,” said Mourinho, “examples of brilliant tactics and amazing attitude. But from other players and other teams [ie Mou’s Man United] the same kind of performance becomes conservative, becomes negative, becomes so many adjectives.”

It seems safe to assume we’re in for one of those magic performances on Sunday, full of brilliant tactics and amazing attitudes. You can back 0-0 at 7/1, or 1-1 at 5/1.

Everton are awful, so awful at the moment; Watford have lost two on the bounce too, but generally seem to be in decent nick and probably have enough nous to take advantage of the Toffees’ ongoing troubles. You can back the Hornets to win at 11/4.