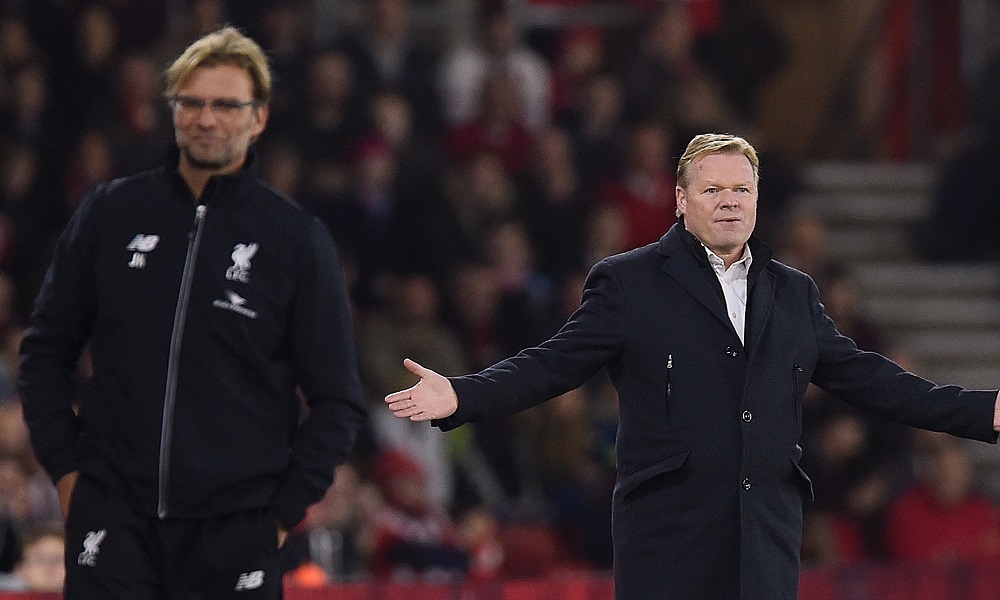 The Merseyside derby heralds the return of the Premier League with Saturday’s early kick-off – so will it be an all-action affair at Anfield, after a fairly humdrum international break?

It’s been the very definition of a rollercoaster season for the Toffees. Ronald Koeman won early plaudits as his side climbed to second place in the league table, only to come under pressure as his side managed just one league win in 10 games.

But since then the side have discovered some kind of consistency; they currently have 50 points, and sit 7th in the Prem, one place behind Arsenal on goal difference alone, and only six points behind opponents Liverpool.

In their last two games, both at Goodison Park, Everton have scored seven and conceded no goals. Yet worryingly, the Toffees have won just four away games all season (against Crystal Palace, Leicester, West Brom and Sunderland).

And against Liverpool, the visitors’ record is one to make the staunchest Evertonian wince. The Toffees haven’t even beaten Liverpool since 2010, while their last win at Anfield came in 1999!

Liverpool begun 2017 looking like genuine title contenders, but a pretty dismal January and February have halted that. The side put together wins against Arsenal and Burnley earlier in March though, and played their part in one of the most entertaining games of the season against Man City last time out.

It would appear Jurgen Klopp’s team have rediscovered their mojo, though it should be noted that Philippe Coutinho has not; the Brazilian has scored just a single goal in 15 games. Meanwhile, Adam Lallana misses this game altogether after picking up an injury on England duty.

Everton have their own problems when it comes to team selection; Seamus Coleman is out after suffering a horror tackle during the international break, while Ramiro Funes Mori and James McCarthy are both set to miss this game too. Morgan Schneiderlin’s a doubt as well.

The weight of history may be firmly in the home side’s favour, but Everton will be looking at Liverpool’s famed flakiness, and thinking they’ve got a chance here. Assuming they can avoid picking up a red card; last season, Ramiro Funes Mori was sent off, and Liverpool won 4-0…

Indeed, the player card markets could be worth a look, bearing in mind this is the fixture that’s seen more red cards than any other in the Prem.