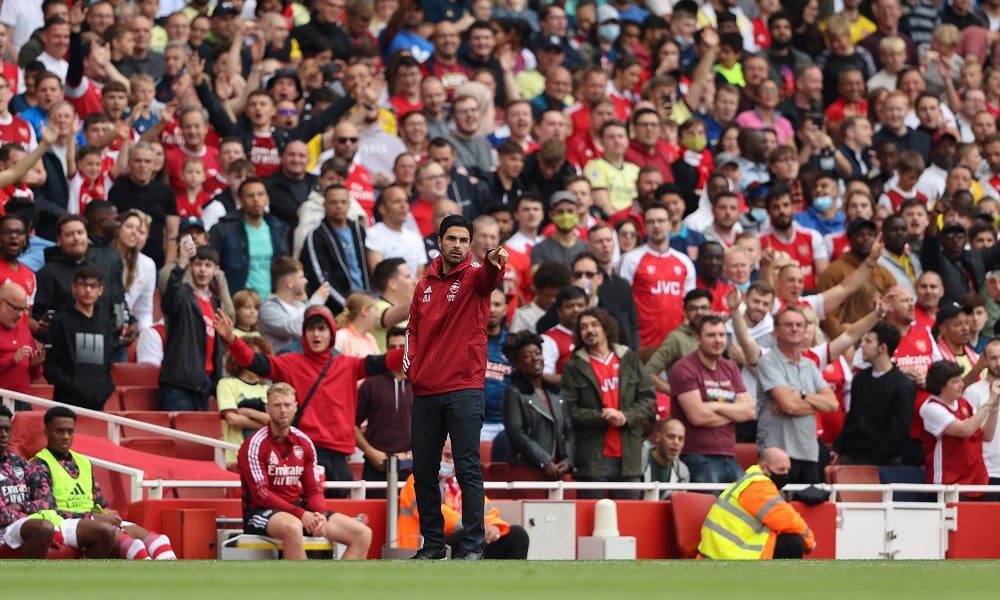 Arsenal went on an unexpected tear against Chelsea midweek, making a mockery of their iffy form by battering the Blues 4-2 at Stamford Bridge. Can Arteta’s side build on that fine victory with a strong showing against Man Utd in Saturday’s lunchtime kick-off?

The Red Devils have lost their last three away games, Utd coach Ralf Rangnick admitting the 4-0 defeat to Liverpool earlier this week was “humiliating”. Since then, the club have confirmed Erik Ten Hag will take over as manager in the summer.

In the meantime, though, can United claw back a bit of dignity with a good finish to the season – and perhaps even earn that fabled fourth spot, for a place in the Champions League next season?

The Gunners are eyeing that same reward – so who comes out on top in this tussle? Arsenal always seem capable of a pratfall even when apparently making decent progress. But at least they’ve shown a willingness to fight that the current United side rarely demonstrate.

With the victory against Chelsea restoring confidence, this has to be a great opportunity for Arsenal to move one step closer to a Champions League return. Back Arsenal to win at 21/20.

The Foxes are unbeaten in their last five appearances at the King Power, while Villa are on a run of four straight defeats. Last time out, Steven Gerrard’s team were beaten 4-0 at home by Tottenham. Can the Liverpool icon bounce back against a team managed by his former coach Brendan Rodgers?

Leicester have conceded in each of their last five matches, and Villa have scored in their last two away defeats so backing BTTS at 3/5 makes sense. And given Villa’s iffy form in the last few weeks, it seems fair to assume a home win at 37/20. Combine the two bets for a 4/1 double.

Despite Liverpool’s best efforts, the Citizens seem to be moving inexorably towards another Premier League title. Guardiola’s team will also rack up a 15th consecutive win in all competitions against Watford by beating them here on Saturday, which would be a record for an English league side. Can the visitors possibly put a spanner in those works?

There’s optimism and then there’s flat-out insanity. A couple of seasons back, City beat this side 8-0 at the Etihad. Things don’t seem to have improved a whole lot since then. The Hornets are 24/1 to take three points here.

Who knows is this afternoon’s scoreline will be quite so extravagant, but backing over 3.5 goals at evens seems a potential way to go. Alternatively, you could back Raheem Sterling to score; he’s plundered 11 goals against this side in all, 10 of those coming in his last six encounters. Sterling is 21/20 to find the net here.

Norwich threatened to launch a fightback against Man Utd a week ago, but Ronaldo’s goals eventually downed the Canaries. Dean Smith’s side are quickly running out of road, their fate probably already sealed. But while Newcastle have been pretty excellent at St James Park, they have lost their last three away games.

Norwich would at least move off the foot of the table if they could win here, assuming Watford don’t pull off a shock against Man City. The hosts are fighting for Premier League survival – will that be enough to inspire them here?

With Newcastle’s not especially impressive away form it’s at least a faint possibility. Perhaps it’s better to focus on Teemu Pukki’s goalscoring potential for the hosts. The Finnish striker has scored four times in his last five home games for Norwich, and he also found the net against United last week. Back Pukki to find the net at 37/20.

With five wins in six league games, the Bees are finishing the season strongly – thanks in no small part to former Spurs icon Christian Eriksen. Can the Danish dynamo put in another show-stopping performance against his old side on Saturday – and hamper the North London side’s hopes of Champions League football next season?

Eriksen is 9/2 to get an assist here – with Brentford 33/10 to win. The home win hardly seems unthinkable, given the Bees current run of form.