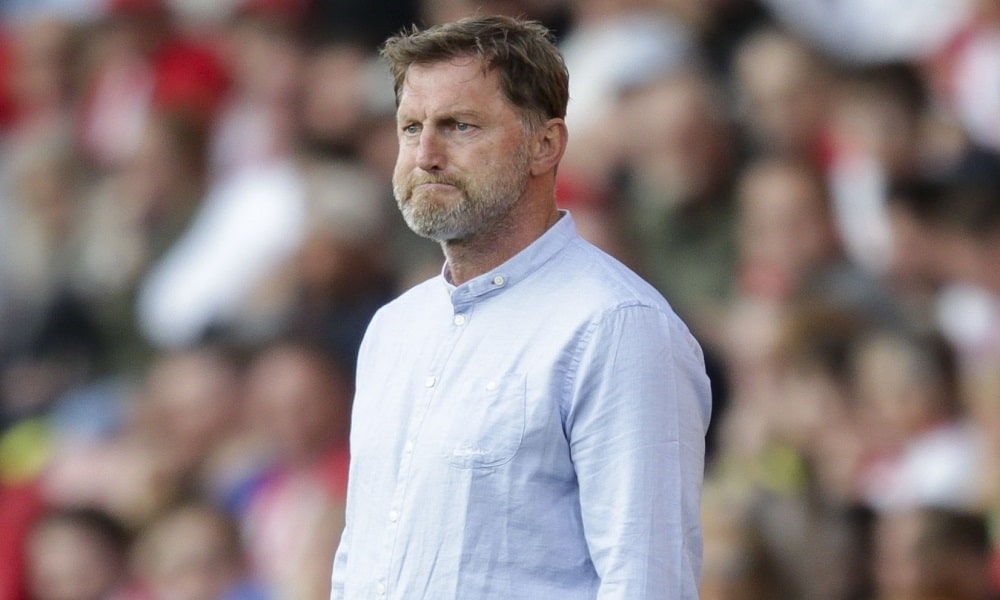 After both teams enjoyed unexpected wins in the Premier League – Man United’s Liverpool triumph possibly overshadowing Southampton’s victory over Leicester – does that mean each side has found a blueprint for success for the season?

Maybe that’s a little too hopeful. The hapless, reactive nitwit in me thinks that, with Southampton having been a flaming pile of garbage at home recently, Ten Hag’s side can canter to glory.

Yet with the visitors having lost their last seven away games, perhaps it’s best not to get carried away.

Over 2.5 goals has landed in each one of Southampton and United’s league games this season. Both Teams To Score seems a decent shout too, landing in seven of Southampton’s last eight league games. Combine the two for a steady if unexciting 4/5.

If the cautious approach doesn’t appeal though, fair enough. You could try backing Man Utd to win after being a goal behind. It’s a 15/2 shot, and used to be something of a United specialty in the Ole Gunnar Solskjaer days.

Maybe Ten Hag can inspire a similar will to win from this team. More pertinently, Southampton have scored first in two of their last three home games before going on to lose.

The Bees looked decent even in defeat away to Fulham last week, and are evens to beat a team who had to fight for a point at home against newly-promoted Forest a week ago.

Thomas Frank’s team defeated Everton in both meetings last season, and the Toffees are still looking for their first league win of the campaign; I fear they won’t get it here. Let’s not over-complicate this one – backing Brentford for the straightforward win seems a good shout.

While both these teams are in impressive form, Leeds’ 3-0 win over Chelsea has caught everyone’s attention.

It’s not beyond the Seagulls to outmanoeuvre Jesse Marsch’s side, of course. But with both teams in fine fettle, perhaps it’s worth looking beyond the result. Backing Brighton’s Leandro Trossard to score could be a fine alternative.

After finishing last season strongly with four goals in his last six league games, he found the net against West Ham last week too. Trossard is 5/2 to score at any time on Saturday.

Two teams accustomed to better things have started the season in pretty sorry fashion. Chelsea’s 3-0 defeat to Leeds a week ago seemed scarcely believable, even for those of us who’d thought the West Yorkshire team might at least give the Blues a challenge.

Brendan Rodgers’ side haven’t experienced quite such a shock yet, but they’ve earned just one league point to date. So, the question at this point – which side is the sloppier right now?

Chelsea looked decent for much of the game against Tottenham when they drew at the Bridge a couple of weeks back. But that inability to hold out for victory is a concern.  And Leicester at least pose a goal threat – they’ve scored in each of their games to date, even if to little avail.

Leicester or the draw in the double chance market at 21/10 could be worth the gamble, then.

An increasingly harried-looking Jurgen Klopp is in desperate need of a victory – and will surely get one against the luckless Cherries.

Bournemouth have started the season with beatings from the likes of Man City and a newly confident Arsenal. And somehow they remain above Liverpool in the league table.

Expect that to change by Saturday teatime, though – this trip to Anfield is unlikely to end in anything but drab defeat for Scott Parker’s side. The hosts are priced accordingly, so backing Liverpool to win both halves at 4/5 could be the answer.

City and the Gunners scored in both their first and second halves against Bournemouth. After a disappointing couple of weeks, the hosts may view this as an opportunity to record an emphatic win.

It seems not everything is going to go Man City’s way this season, as the side were made to fight for a point at St James Park last Sunday. Will Pep Guardiola’s team shrug off this slight setback against a Palace team that caught City out twice in the previous campaign?

Pat Vieira’s team beat City at the Etihad last October 2-0, and held out for a goalless draw at Selhurst Park in March. Palace held Liverpool to a draw earlier this month too. Even if the Merseyside team are not currently at their best, Palace have shown they have the ability to nullify tough opponents.

Palace or the Draw is a sizable 22/5, and it’s hardly unthinkable that City could slip up here. You absolutely, positively have to look at Wilfried Zaha in the goalscorer market too – he’s 14/1 to score first! Zaha scored after six minutes on his last visit to the Etihad, and has three goals in his last two league matches.

It’s important not to underestimate a Fulham side who have exceeded expectations since their arrival in the Prem. But Arsenal’s assured start to the season has the side top of the table, and brimming with good vibes right now.

Surely a visit from the Cottagers won’t derail the A-train. The Gunners to win with Jesus finding the net is about as predictable a bet as they come at the moment – but the Brazilian is loving life in North London, so why not enjoy it while it lasts? Back Arsenal to win and Jesus to score in a double at 11/10.

Continue Reading
You may also like...
Related Topics:featured, Southampton vs Man Utd