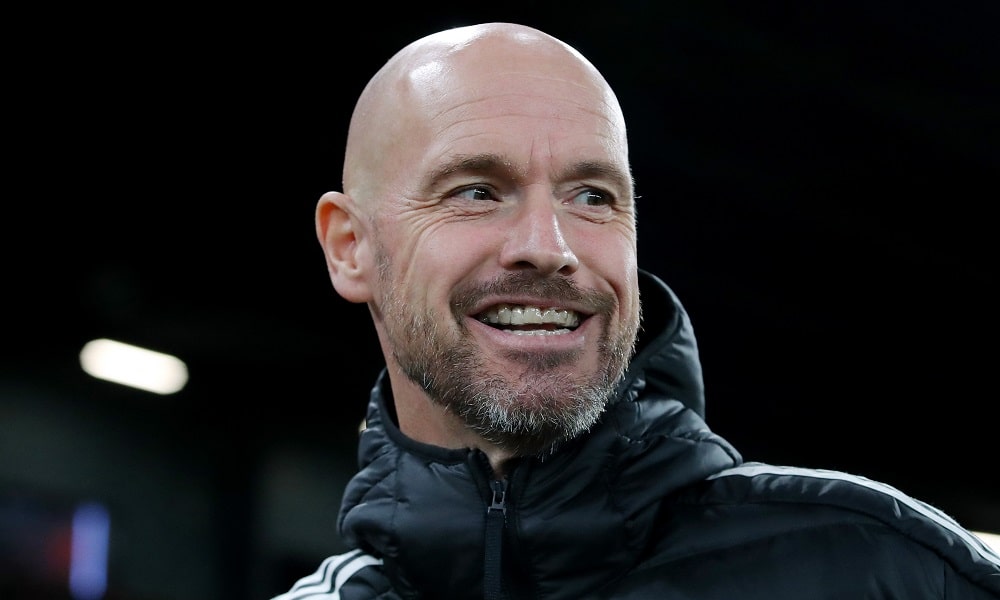 It’s eight wins on the bounce for Man Utd in all comps, with the Manchester side full of beans under Erik ten Hag.

And on the face of it, Man City’s defeat to Southampton in the League Cup on Wednesday could hardly have come at a more opportune moment for the United coach.

That’s assuming the Citizens don’t react by going on some Erling Haaland-inspired goal rampage at Old Trafford, of course.

But City’s aura of invincibility seems to be on the blink; the side have also lost to Brentford and drawn against Everton in the last few months.

There’s even been talk in some quarters that Haaland’s astonishing goalscoring prowess comes at a price; that City are a slicker, more dynamic unit without the Norwegian.

There’s every possibility that after defeat to the Saints, a seething Guardiola hopes to send a message in this lunchtime kick-off. The coach has already admitted he has a “ridiculous” plan to best his rivals in the Manchester derby.

With the promise of Guardiola unleashing an insane tactical scheme to thwart the opposition, who knows how this one will pan out.

When the two sides met at the Etihad in October, it was a 6-3 spanking in City’s favour, Phil Foden and Haaland each scoring hat-tricks.

But United’s current form suggests this could be a far tighter contest. And if the hosts can avenge that previous painful defeat, they’ll move to within one point of City in the league table.

Marcus Rashford is in outstanding form, having scored in his every game since returning from the World Cup. He scored a brace against Charlton earlier this week; now he turns his attention to a City side that have shipped goals to Fulham, Leeds and Everton since November.

Liverpool’s erratic season continues, but perhaps the side shouldn’t be written off here; the Merseyside team had strung together a decent four match winning run before losing to Brentford last time out.

Admittedly, Brighton have gone goal crazy in their last couple of matches, smashing four past Everton and another five past Middlesbrough in the FA Cup at the weekend.

Against opposition that have failed to keep a clean sheet in their last seven league games, the Seagulls will surely be up for it once more.

If you want to wade in on Brighton, the hosts are 12/5 to land the win. But it’s hardly a sure thing, with De Zerbi’s side having won just one of their last five home games.

A better bet could be to focus on goals – eight of Brighton’s last ten games in all comps have seen four or more goals scored. Five of Liverpool’s last six games fall into the same category, so backing over 3.5 goals at 7/5 makes sense.

Nathan Jones hasn’t had much to celebrate since taking charge with Southampton, but the manager enjoyed at least some respite as his side beat Man City 2-0 in the League Cup on Wednesday.

Can Jones build on that brilliant victory as his Saints head to Goodison Park on Saturday afternoon?

Everton haven’t won a game since October, losing each of their last three home games. Up until the shock City win, Frank Lampard must have viewed this encounter as an ideal opportunity to pick up some points.

Bang goes that theory. Who knows if Southampton have some weird hex over them that allows them only to win cup games – they beat Crystal Palace in the FA Cup at the weekend too. But after two good wins for the south coast side, I’ll chance them to grab the away win here. Saints are 12/5 for the victory.

In the period just before the World Cup, Leicester won five of their last six matches; since Boxing Day, they’ve lost four of their last five.

It’s a troubling sequence. But maybe all it tells us is that against the better teams, the Foxes are likely to flounder.

So where does that leave Brendan Rodgers, as his side prepare for this east Midlands derby? The Tricky Trees have shown fitful improvement in the last few months. But losing 4-1 to Blackpool last weekend suggests Steve Cooper’s side continue to offer up plenty of scoring opportunities.

In fact, eight of the last 11 matches between these sides have seen four or more goals scored; Leicester won 4-0 at the King Power back in October, perhaps offering some payback after Forest had beaten them 4-1 in the FA Cup in the previous season.

Trouble is, neither side is in a rich vein of goalscoring form at the moment. Leicester have one goal in the Prem since it resumed (only three games, admittedly); Forest have two.

With the hosts having proven slightly more reliable in the last few weeks, Forest get the nod here – Cooper’s men are 7/4 to win.

It’s three draws on the bounce for Julen Lopetegui’s Wolves; in their first home game of 2023, can the Old Gold land their first win of the year?

The Irons ended a five-game losing run with a draw against Leeds last week, and David Moyes saw his side nick the win away against Brentford on Saturday.

But otherwise West Ham have been pretty unconvincing on the road. And there’s a sense the hosts are regaining belief under the new manager. Wolves are 17/10 for the win.

Brentford might have been second best against West Ham in the Cup last week, but the Bees are unbeaten in six league games, winning three of their last four.

And on Saturday, Thomas Frank’s men entertain a Cherries side that have lost their last five games. Before the Cup tie against Burnley last weekend, Bournemouth hadn’t even scored a goal in that run.

With life currently looking bleak for Gary O’Neil’s side, it’s not a reach to side with the hosts. Back Brentford to win and no on Both Teams To Score in a double at 31/20.

Continue Reading
You may also like...
Related Topics:featured, Man Utd vs Man City