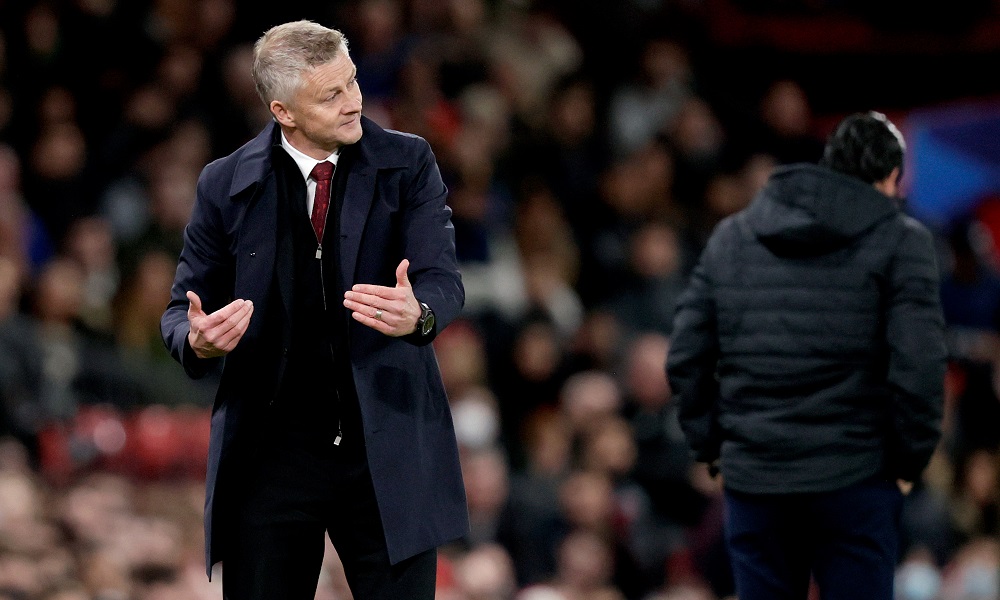 The Saints may be a little sloppy, but they’ve won two of their last three league games and on Friday night face a Villa side flailing gracelessly towards crisis-point.

With four defeats on the bounce, Dean Smith’s position is suddenly looking shaky. Can the visitors rally at St Marys?

On the up-side, Villa did win on their last visit. Less happily, former Southampton favourite Danny Ings won’t be on hand to help his new team, with the striker recovering from injury.

Regardless, Southampton have drawn three of their five home games in the Prem this season, and even in their current troubled state, a motivated Villa might have enough to nab a point. The draw is a 5/2 shot.

It’s the Manchester derby for Saturday’s lunchtime kick-off, and few fancy United to come out on top. But Ole Gunnar Solskjaer’s side can look to recent history as inspiration – United are unbeaten in their last four league meetings with City, winning three.

Will the hosts reign supreme at Old Trafford this time, too? The struggling Red Devils did the business against an abysmal Tottenham last weekend. But otherwise it’s been setbacks and brickbats for United and their expensively assembled collection of players.

Cristiano Ronaldo seems to be simultaneously the cause of and answer to Ole’s problems, the Portuguese superstar’s disdain for the dirty work leaving United vulnerable – even as his last gasp goals keep bringing the side back from the brink.

Against well-drilled opposition, United surely can’t continue to rely on one man’s tenacity (Ronaldo’s, not Ole’s, in case that wasn’t clear). But there is mild concern about City, with Kevin De Bruyne not at his best lately, and Pep Guardiola’s team suffering an unexpected 2-0 defeat to Crystal Palace last time out.

United’s recent wins against City came partly because Ole’s team took a calculated, counterattacking approach. But with the return of Ronaldo, taking a conservative approach no longer seems to be an option for United, who tried to play Liverpool on their own terms – and were beaten 5-0 in the process.

This might not be such a fiasco, partly because United surely can’t allow another rampage on their home turf. But still, Guardiola must hunger to make up for recent defeats to their local rivals.

And the City that put four past Brighton a couple of weeks ago should surely get the better of a coach whose approach broadly seems to be based on the Homer Simpson school of philosophy; that is, hoping that somehow everything will work out.

Those backing Ole can certainly get a good price for their loyalty; United are 19/5 to win this match. City are 7/10, but perhaps a better bet is City to win and Both Teams To Score, at 41/20. Even if City romp to victory, there seems a reasonable chance United will at least get a consolation against a side that have conceded in three of their last four league games.

Brentford have lost three on the spin – so a visit from Norwich could be just the tonic for Thomas Frank’s side.

Even when the Canaries earned back-to-back draws last month they failed to score, and had gone a total of four games without finding the net before equalising against Leeds last week (only for Leeds to immediately retake the lead).

Daniel Farke will look to recent Championship results to try and gee up his side – Norwich are unbeaten in their last five meetings with Brentford – but still, you’d think this is an ideal opportunity for the West London side to put recent disappointments behind them.

Brentford to claim their first home league win since that opening day victory against Arsenal is 4/7; Brentford to win to nil, which seems reasonable, is a 29/20 shot.

Burnley earned their first win of the campaign last week, but attempting to build on that success against Chelsea seems a tall order.

Thomas Tuchel’s side have won their last two home games against the Clarets without conceding, and the Blues have kept clean sheets in seven of the 10 league games they’ve played so far this season.

Chelsea to win to nil is a 4/5 shot; Chelsea to win both halves is available at 8/5, and might be a decent alternative, given that result would have paid off in four of the west London side’s five home games so far this season.

Palace enjoyed an improbable win against Man City last week, while Patrick Vieira’s men are unbeaten in five matches. But the Eagles host a Wolves team that have won four of their last five outings, so Pat’s chances of making it two wins on the bounce are hardly assured.

This is a tough one to call, but BTTS at 19/20 looks worth getting stuck into, given four of the last five outings from each of these teams would have paid out on that market.

Will this match spell more pain for a Newcastle side with aspirations to be world-beaters? The Magpies’ results haven’t improved since Steve Bruce bid a not-so-fond farewell to St James Park, and now Newcastle find themselves playing a team that beat them 3-0 twice last season.

That was before Brighton had even started getting good results, too. Now Graham Potter’s side are really impressing, holding Liverpool to a draw last week at Anfield – though sticklers for results will note that the south coast side haven’t actually won any of their last five games.

Nonetheless, a visit from Newcastle would seem to be a splendid opportunity for Potter to get another W on the board.

Brighton to win and Both Teams To Score is a 27/10 shot, and the Magpies had scored in every league game they played this season before the loss to Chelsea last week.

Ronaldo to the rescue(?) as erratic Ole era lumbers on
Premier League preview: Sunday’s action including West Ham vs Liverpool