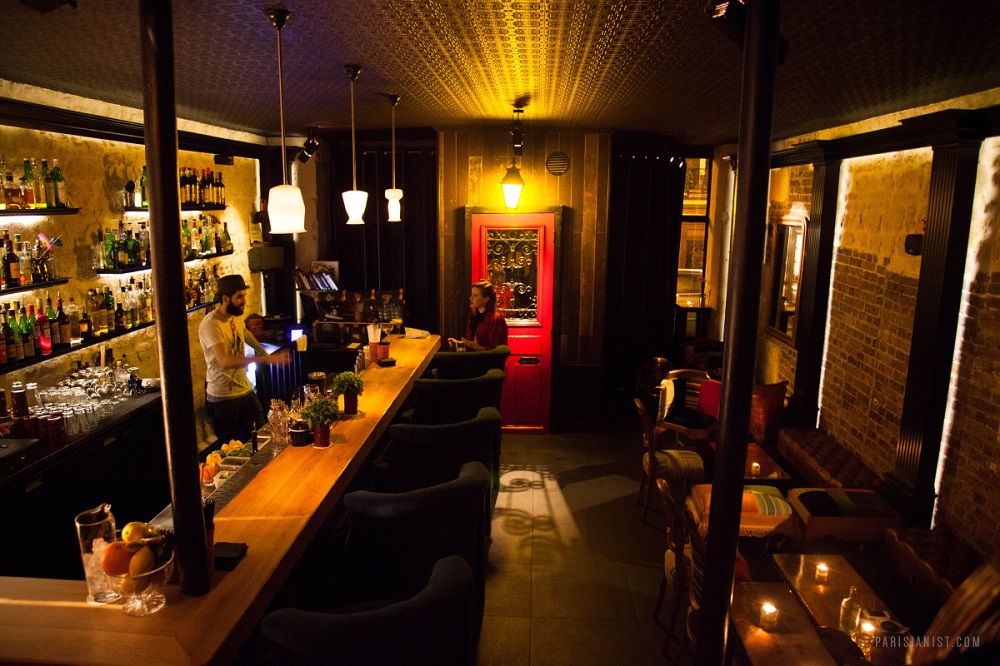 Raising the bar: these late night drinking establishments are worth your time – if you can get in…

Looking for an invite to some of the most offbeat drinking establishments on the planet? It’s okay, say you’re a friend of 32Red, you’ll be fine…

On second thoughts, maybe you won’t. The Paiza Club is a hell of an experience – if you can wangle your way inside. Not widely advertised, the club is hidden away on the 36th floor of the swanky Venetian Resort Hotel. Make it into this Asian-themed bar and restaurant and you’ll enjoy classy décor, a well-stocked selection of drinks and delicious cooking courtesy of an award-winning chef.

You’ll also likely be rubbing shoulders with some seriously high rollers; the club is aimed at rich tourists from the Far East, who drop by for the atmos and stay for the high stakes blackjack or baccarat that’s perpetually available in the always-open establishment. Always open, assuming you’ve been invited, that is… 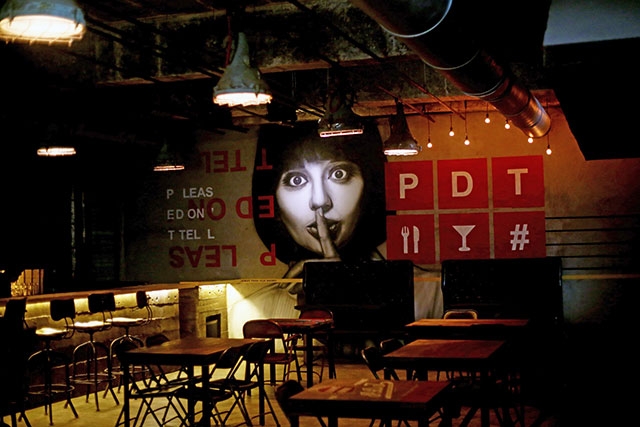 PDT is a slightly more accessible venue, thankfully. If you happen to find yourself on St Marks Place, in New York City’s East Village, be sure to look out for Crif Dogs – you’ll spot it because it has a hot dog shaped sign outside, with the logo ‘eat me’.  Enter and you’ll find, not unreasonably, a retro-themed eatery selling a range of exceptionally tasty dogs, plus a bunch of vintage arcade games for you to relive your misspent youth on. The really cool part is the old school telephone booth though – and it’s not just for show.

Head inside the booth, lift the receiver – and a voice will ask you if you have reservations. Next thing you know, a secret compartment slides out, leading to the underground NY institution known as Please Don’t Tell. Okay, so the whole concept is essentially a gimmick – but if it’s a gimmick that can make a grown man feel like he’s running around in some old school spy flick, we’re all for it. If nothing else, this is a terrific place to take an unsuspecting pal.

Another atmospheric bar that owes much of its air of mystery to its method of entry, the Blue Room can be found in downtown LA’s Athletic Club. Head to the fourth floor, and look out for the bookcase that serves as a secret ingress to the bar – it might be a novelty now, but apparently the bookshelf and secret passage date back to the 1920s, initially existing to throw the law off the scent of illicit drinkers during prohibition!

Once inside, you’ll find a bar steeped in Hollywood lore – this is the place where celebrities like Charlie Chaplin used to carouse in during the roaring twenties. Alas, the joint is members only now. Call and tell them you’re writing a piece about the place, and maybe you’ll get lucky! 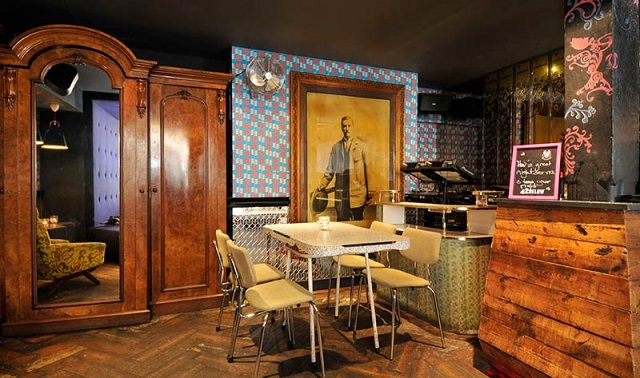 Is Shoreditch still achingly hip? Whatever, this bar is certainly worth a visit – the name comes from Lewis Carroll’s poem Jabberwocky, and the venue is similarly offbeat. it’s actually three rooms, made up to appear more like someone’s residence, rather than a public bar.

The Front Bar is straightforward enough to reach, but then if you want to find the Back Lounge you need to make like you’re looking for Narnia, stepping through a wardrobe to find your way into a mystical far off land of, well, alcoholic drinks and world weary poseurs, probably. The Jubjub room used to be the one that everyone wanted to get into, but alas, it’s no more. Not to worry, the owners say they’re working on a brand new concept for the upstairs room, to open in February…

Head for 60 Rue Charlot, the Marais district and look for an anonymous looking brown door, complete with a burly looking fellow who you’ll need to sweet talk into letting you in (through a second red door, hence the name). It’s well worth it, too. Sure, if we were estate agents we’d tell you this is an intimate gaff; but, what LRD lacks in size, it makes up for with oodles of Gallic charm (not to mention a range of absinthe-based libations).

LRD claim to be inspired by Dionysius, the somewhat unpredictable Greek god of food, drink and mischief. The owners also say they’ve been looking back to 1920’s prohibition for its feel, but the cocktails here are probably rather more lovingly crafted than the hastily flung together beverages you’d be knocking back in a New Jersey speakeasy back in the day. Shortly after opening back in 2012, LRD was voted one of the world’s 50 best bars by the respected Drink International organisation – yet despite achieving this recognition, this must-see establishment still manages to combine excellence with an air of mystery, too.

There’s nothing secret about our latest promotion – and there’s still time to sign up for our £20,000 Race to Vegas! You can win a trip for two to Vegas including a stay in a luxury hotel, a helicopter trip around the Grand Canyon, and £2,000 spending money.

Opt in, start playing our casino games, and you’ll earn loyalty points. The more you earn, the higher up our leaderboard you’ll climb. And even if you don’t take the top prize, there’s another £10,000 up for grabs, with the top 100 players in the leaderboard winning something!

Continue Reading
You may also like...
Related Topics:Las Vegas