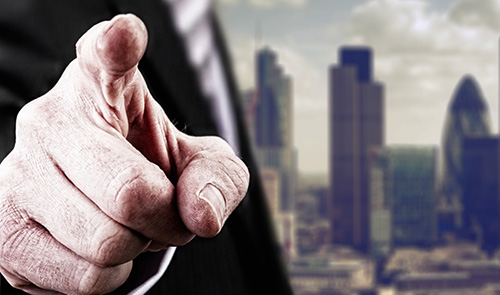 Reality show winners: where are they now?

This week, another C-list celeb will be crowned winner of Celebrity Big Brother. But winning CBB – or any other reality show – isn’t always the ticket to mega bucks and everlasting fame. We take a look at previous winners from Britain’s top reality shows to find out where they are now.

The Liverpudlian builder became Big Brother’s first ever winner after fending off fellow housemates like “Nasty Nick” to nab the £70,000 prize. His overnight fame helped him bag appearances on shows like Bo’ Selecta and Back to Reality. And he even released a charity single, “At This Time of Year”, back in 2000, which peaked at #14 in the UK charts. Although no longer enjoying the level of fame as his post-BB days, the 43-year-old is now a successful TV presenter, DIY expert and property developer.

Shayne was the biggest success story of the X Factor’s second series, thanks to his rugged good looks and unforgettable voice. His debut single “That’s My Goal” bagged the Christmas number one spot that year, and became the third fastest-selling single of all time. Despite topping the charts with hits like No Promises and No U Hang Up, his singing career soon ran out of steam. The heart-throb was dropped by his record label Syco, but he’s now making a comeback with a year-long acting stint on Corrie.

Nadia became Big Brother’s first transgender winner after charming the public with her larger than life personality and “I want my cigarettes” rants. The former store assistant used her fame to launch a short-lived singing career that was quite frankly a disaster. Her single A Little Bit of Action, was a flop and peaked at a dismal #27. Nadia joined the Ultimate Big Brother house in 2010 but was booted out after spats with fellow contestants Coolio and Ulrika Jonsson. Looks like Nadia could do with a little bit of action to boost her down-in-the-dumps career.

SuBo didn’t technically win BGT, but the chart-topping star was too good to miss off the list. Back in 2009, the 48-year-old belted out a spine-tingling rendition of “I Dreamed a Dream” that catapulted her to instant fame. Despite family feuds and finding out she had Asperger’s syndrome in 2012, Boyle’s enjoyed mega stardom. Her first two albums topped the UK and US charts and she’s currently working on her 4th album, “Hope”. And, boy, do we hope it’s a hit!

Tom Pellerau – or Inventor Tom as he’s known on Twitter – was arguably the nicest contestant ever to appear on the show. The well-mannered winner of the seventh series quickly won over Lord Sugar too and he’s now released two inventions that have been backed by the no nonsense TV boss. His “S” shaped nail file is stocked in major supermarkets like Tesco and Sainsbury’s and he has plenty more ideas in the pipeline. Goes to show nice guys don’t always finish last.

Can’t get enough of your favourite reality TV shows? Head over to 32Red.com and play our I’m a Celebrity… online slot game, that lets you experience all the fun of bushtucker trials, with none of the gross bits.