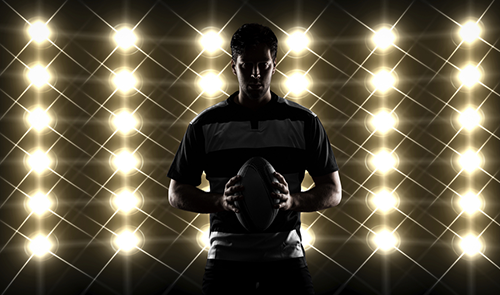 To celebrate the start of the 2015 Rugby World Cup, we’ve rounded up the five most epic moments from the tournament’s history. From terrific tries to tear-jerking trophies, have a read through this scrum of unforgettable rugby moments.

If you’re a rugby fan, you’ll know all about the All Blacks’ infamous haka war dance. The New Zealanders are well known for intimidating opponents with their ancestral cry at the start of each match. But, at the 2007 World Cup, France were having none of it. The French team faced off with the kiwis, completely diffusing the haka’s power and showing the New Zealanders who’s boss.

It may be 28 years since John Kirwan scored his stunning try against Italy, but it still goes down as one of rugby’s best. The New Zealand wing received the ball near his own try line, sprinted the length of the field, and then dived over the line in an absolutely epic finish.

Jonah Lomu was already a crowd-puller before the ’95 World Cup, but it was his performance against England that made him a global superstar. Lomu bulldozed his way through Clive Woodward’s side to score four mind-blowing tries for the All Blacks. Look out for the moment he absolutely flattens full-back Mike Catt.

Nelson Mandela presenting the trophy in the 1995 final has become one of sport’s most unforgettable moments. South Africa had just won the tournament in a newly post-apartheid era and Mandela awarded the cup wearing the Springbok rugby top. The victory didn’t just unite the South Africa team; it united the rainbow nation.

We may be biased because we’re Brits and all that, but Jonny Wilkinson’s winning drop-goal tops all rugby moments. With the score line tied at 17-17 and just 26 seconds left of extra time, Wilko produced a moment of magic against opponents Australia. Jonny was handed the ball by team-member Matt Dawson before booting the ball over the goal-post from 25 yards back. The nail-biting finish clinched England the cup and broke millions of Wallabie hearts worldwide.

That rounds up our list of the five most unforgettable Rugby World Cup moments. Agree with our list or know any corkers we’ve missed any off? Share your comments below.

Or, if we’ve got you in the competitive mood, why not head over to our online casino. We’ve got heaps of online slots including our brand new Rugby Star slot and online poker games where you can compete against virtual opponents. Or pop over to 32RedSport where you can find all of the odds for the world cup. Go on, give it a try.