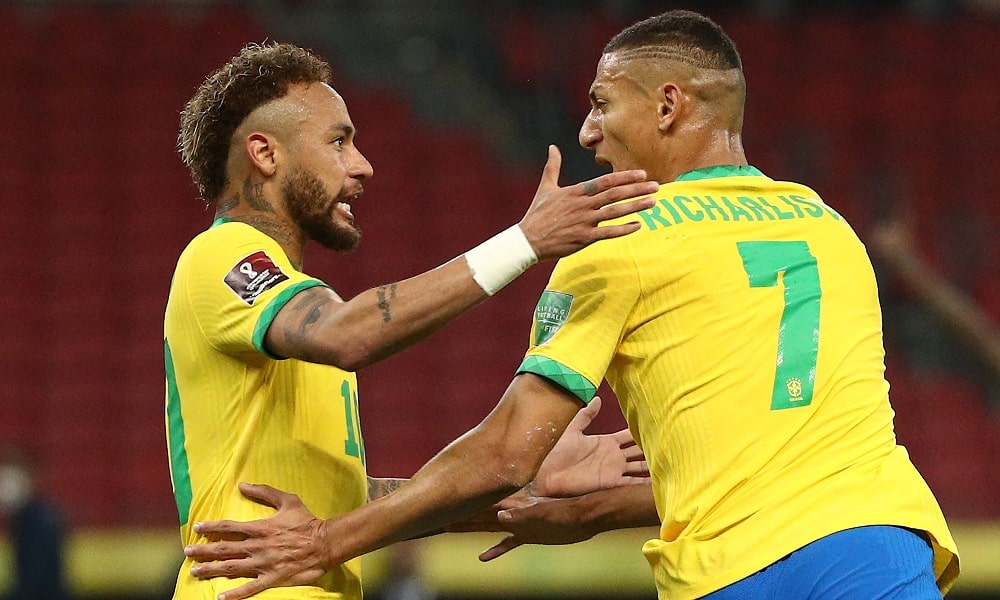 The 2022 World Cup kick-off is just days away. Soon 31 of the world’s greatest teams, plus Qatar, will be vying for the ultimate in international glory.

But which nation will lift the much coveted trophy at next month’s final? We’ve already taken a look at England’s chances here; safe to say, we’re upbeat.

But leaving aside the Three Lions, here’s our rundown of the remaining favourites; all of whom except for Germany(!) are ahead of England in the betting. Find the full market here… 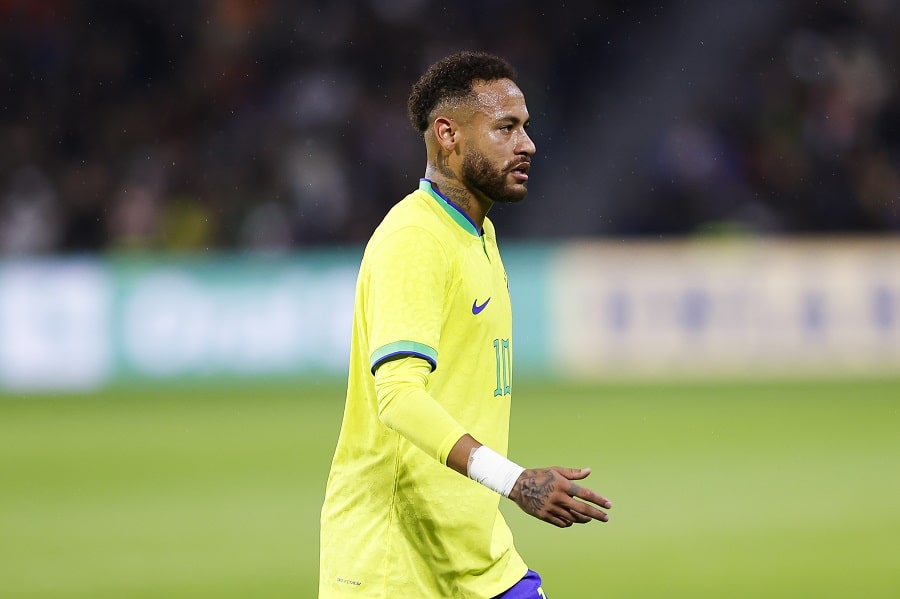 It’s only eight years ago that five-time winners Brazil hosted their own World Cup. And made an almighty balls up of it.

How could this greatest of football nations, synonymous with “jogo bonito” and the samba style, find themselves humiliated so comprehensively in their own back yard?

Five-nil down to Germany after half an hour, eventually losing 7-1, this semi-final defeat was truly a nightmare for the host nation. Not to mention an irresistible slice of schadenfreude for anyone who’d ever gazed enviously on the Brazilian beautiful game.

Yet Brazil are very much back. Twenty years since the last time they won the event, Brazil are 19/5 favourites to win this tournament. And coach Tite certainly has a plethora of talented attacking players to call upon.

Neymar has been in excellent form for Paris Saint-Germain, with four goals in his last five games.

But besides the 30-year-old, Tite can call on the likes of Barcelona’s Raphinha (previously of Leeds), and Real Madrid’s Vinicius Junior. That’s as well as Premier League stars Antony, Richarlison and Gabriel Martinelli.

An abundance of talent doesn’t always translate into match winning triumph. But Brazil have been in ominous form of late. The side haven’t lost a match since summer 2021, when Argentina beat them in the Copa America final.

That was a belated triumph on the international stage for Lionel Messi. But could it be his Paris Saint-Germain teammate Neymar who’ll be celebrating at next month’s final?

It’s not like Brazil are all about the flamboyant attack, either. Liverpool keeper Alisson is a staunch presence between the sticks. And with the likes of Thiago Silva, Marquinhos and Casemiro tasked with keeping the opposition at bay, the side look supremely well equipped at both ends of the pitch. 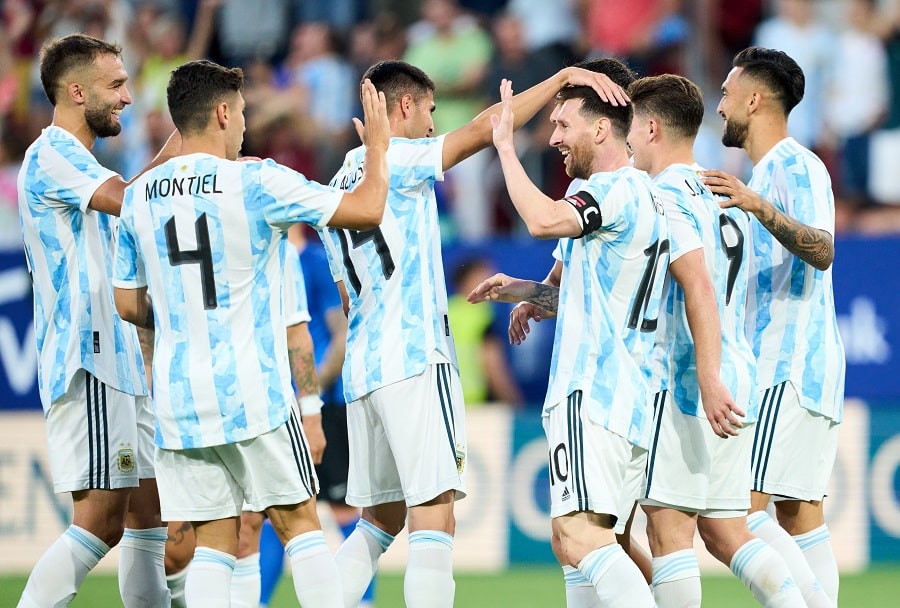 Then again, the one side who have beaten Brazil in the last 18 months are the second favourites to win here too. And what a way for Lionel Messi to round off his career at what will surely be his last appearance in this competition.

Like Neymar, Messi’s been having a fine season at Paris Saint-Germain, the former Barca stalwart scoring 12 goals to date in this campaign. But it’s not all about the 35-year-old.

Argentina are unbeaten in 35 games under Lionel Scaloni, with talented individuals like Juventus’ Angel Di Maria and Inter Milan’s Lautaro Martinez playing their part alongside the talismanic Messi.

Having won the Copa America 18 months ago, now Argentina look to lift the World Cup for the third time in their history – and for the first time since 1986.

That year’s tournament famously featured Maradona’s “hand of God” goal against England. As if to atone for the dubious nature of that goal, the same player also produced what’s widely thought of as one of the greatest goals in footballing history minutes later.

Will this tournament feature a similarly iconic moment from the Argentine side? With Messi looking to put his stamp on the world stage – something that has eluded him in an otherwise stellar career – don’t put it past the incomparable Leo to produce something special here.