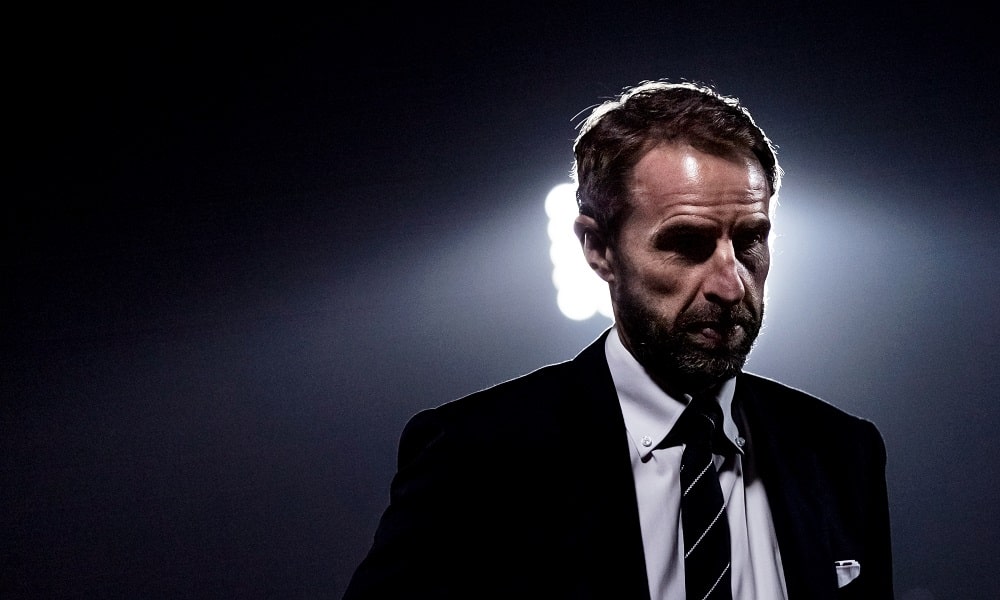 Four reasons why England WILL win the World Cup

The pinnacle of international footballing competition gets underway on Sunday – in kind of underwhelming fashion, if we’re honest. The 2022 World Cup kicks off with zany, fun-loving host nation Qatar taking on the mighty Ecuador.

Okay, on paper it’s not a clash to dazzle the neutral. But not to worry; just a day later, England will be getting their own campaign underway as they face Iran.

And call us cock-eyed optimists, but Gareth Southgate’s side might just have a chance of winning the whole ball of wax.

Why? We’ll tell you why…

After reaching the semi-finals of the 2018 World Cup four years ago, then losing out on penalties in the Euro 2020 final at Wembley last year, England have established themselves as serious contenders on the big stage.

After an extended period of underachievement, the Three Lions have been pushing for a major trophy. Qatar 2022 could be the culmination of that ambition. England are currently 19/2 to win the tournament, with only Brazil, Argentina, France and Spain ahead of them in the betting.

This could really be the one; let’s just not pay too much heed to that blip during the summer, when England played five Nations League matches and didn’t win a single one… 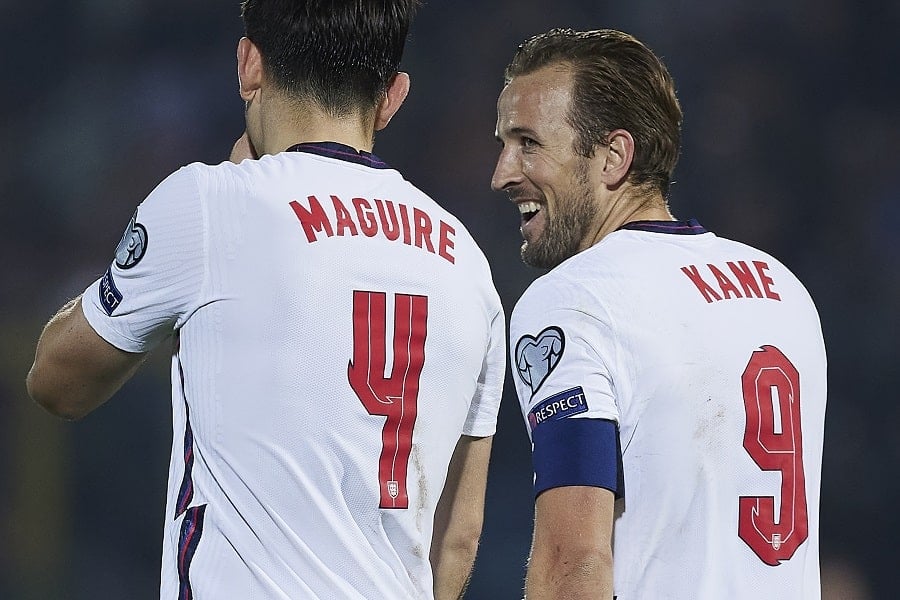 Harry Kane was the leading scorer at the 2018 World Cup. He also scored four goals at last year’s Euros, and already has 14 goals in 23 appearances in all competitions this season.

The England captain is a reliable performer for his country. So much so that the traders currently make him joint favourite to finish as leading scorer. Kane is 9/1 to score the most goals, with French forward Kylian Mbappe available at the same price; Lionel Messi is the next favourite at 13/1.

Still, Kane’s unerring instinct for goal has to be good news for the Three Lions’ chances. Even if less than a week ago, Antonio Conte told us the England talisman was so knackered, he had to pull out of a training session for Spurs, mid-workout…

He’s Southgate’s secret weapon; so secret, in fact, that most onlookers expressed surprise Southgate even picked him for the squad. Not that James Maddison doesn’t deserve his place.

For Leicester, Maddison has scored 17 goals and registered 10 assists in 2022, which is a pretty great return. He scored the opener for the Foxes against West Ham at the weekend – and less happily, had to leave the field of play with an injury.

Any fuss about Maddison’s appearance in the England squad stems from the fact that in the past, Southgate hasn’t appeared to fancy him. Maddison made his debut for England in 2019, but hasn’t figured again since.

Happily, that’s all changed now; giving his reasons for the selection last week, Southgate said: “I’ve always said that not selecting him [in the past] was for football reasons and in the main the capabilities of others in the group. I’ve got no concerns about how he will be with the group.”

“He is playing as well as any of the attacking players in the country,” Southgate added. “He can offer something different.”

That’s the good news. Alarmingly, Maddison had to leave the field with an injury at the weekend. But don’t fret; Leicester boss Brendan Rodgers says he substituted the player purely as a precaution.

Fingers crossed, it seems overwhelmingly likely that the 25-year-old will be fit for Qatar. And firing? We can only hope. 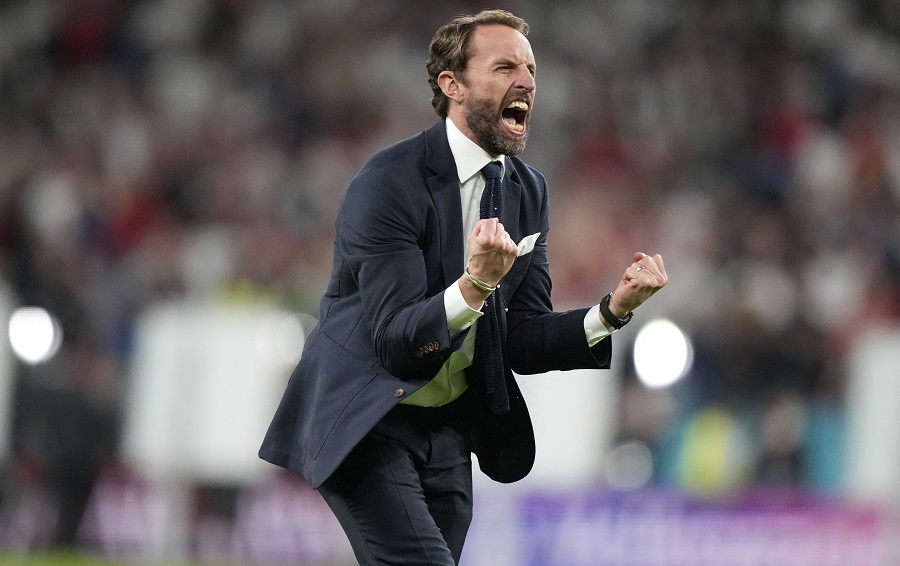 Gareth Southgate has gone from underestimated to pilloried in the space of six years – a six-year period when the 52-year-old steered England to the semi-finals of the World Cup for the first time since 1990, then took us to the final of the Euros for the first time ever. I mean, that’s pretty good, right?

Yep, it’s disappointing that England didn’t ultimately capitalise on those opportunities to actually win a trophy. But at the danger of repeating ourselves, before Southgate the side had rarely looked like competing at the biggest occasions.

Southgate has fostered a sense of optimism and belief in his side; it’s a head-scratcher that there currently seems to be an air of dissatisfaction around him.

Does he have flaws? Undoubtedly. His tactical acumen is questionable; he didn’t do enough to change things up against Italy at Wembley last summer, and it’s a concern.

But any fan who remembers the lamentable displays of England’s “golden generation” under Fabio Capello should get down on their knees and kiss Southgate’s hairy beanbag (you know, figuratively) for the strides the side have made under his stewardship.

It’s also worth remembering that under Southgate, England have been pretty impressive in qualifying. The Three Lions have won eight of their 10 matches, drawing the other two. They also scored 39 goals over the qualification process, conceding just three.

If you’re feeling unusually positive right now, though, it’s also possible that England have benefited from favourable draws in the Euros and World Cup during Southgate’s time in charge; that any manager could have flourished, given similarly soft opposition. If that’s the case, we’ll find out for sure at this year’s World Cup.

Assuming England get out of a group made up of Wales, Iran and the USA, Southgate’s route to the final could potentially include Senegal, France, Spain – and favourites Brazil in the final.

That undoubtedly sounds like a pretty devastating batch of prospective opponents. Nevertheless, a predictive model that previously came up with the winners of both the 2014 and 2018 World Cup has arrived at England as the champions of this year’s event. Outlandish as it sounds, Southgate’s finest hour really could be just around the corner…