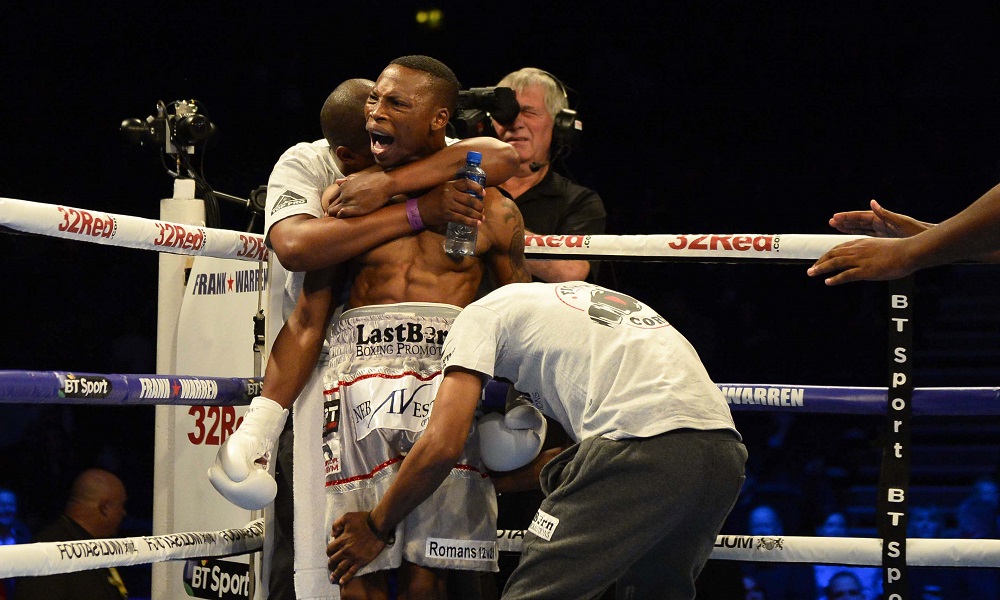 On Saturday night, Zolani Tete, (26-3, 21 KO’s) returns to Belfast’s SSE Arena and the scene of his 11-second demolition of Siboniso Gonya to defend his WBO bantamweight title against former two-weight world champion, Omar Narvaez. Find the latest odds for Saturday’s fight here. Although the Argentinean is a respected name, Tete – born and raised on the Eastern Cape in South Africa – has no intention of letting him disrupt his plans for world domination.

“Narvaez is a very tough guy, very experienced and a two weight world champion,” Tete told 32Red. “I’m not going to take any credit away from the guy but my fans can expect the best performance from Zolani because Narvaez has the perfect style to bring out exactly what Zolani is when it comes to boxing. Come out on April 21st and you will see the other side of Zolani.”

As a young fighter Tete leapt at each and every opportunity that came his way, eventually winning his first world title in Japan back in 2014. Now he is firmly in the conversation when talk turns to who the leading bantamweight in the world is, Tete can’t understand why his fellow champions aren’t willing to put themselves in jeopardy for the chance to truly find out who the best is.

The 30-year-old is rarely seen without a smile outside of the ring but once the bell rings he can effortlessly switch between viciousness and calm, efficient ruthlessness. Add his 5ft 9in tall frame, paralysing jab and fight-ending power to the mix and maybe it is unsurprising that fighters – or more likely the business minds behind them – are unwilling to risk squaring off against him.

“I don’t want to put pressure on myself because if I do, I will lose focus,” Tete said. “I understand that the other guys don’t want to fight me. They always come up with excuses but I do believe that, eventually, one of them will be brave and will want to come and fight me. I’m looking forward to that and I believe that if they want to call themselves the best, they will have to fight me. That will give me the opportunity to beat them and things will look good.

“I always take the risk. If a promoter tells me that there is an opportunity, I will always take it because I know these chances may only come once in a lifetime. I must definitely make sure that I win.”

WBA champion Ryan Burnett successfully defended his version of the bantamweight title just a couple of weeks ago and although Tete has long called for a unification fight with the Irishman, he is gracious enough to admit that he enjoys watching his rival box.

“I’m actually impressed. I know my style isn’t far from Burnett’s but I believe I can beat him. I just don’t understand why he doesn’t believe in himself. If he is a true champion then he must step forward and we must unify the belts. I believe he has a good style and I believe he is a good boxer. I don’t see the need in him running away from me.

“I’m just a human being like him. We’re both champions and we should each bring our titles and just fight.”

It is rare for a fighter to attract such a loyal following so far away from their homeland but it took Tete only eleven seconds for him to add Northern Ireland to the list of places that he can call a home from home. Tete has arrived in Liverpool, Japan and Mexico as an unknown quantity but wherever he has been he has left knowledgeable locals with indelible memories of his ability.

“It was always a dream for me to fight overseas away from South Africa. Fortunately, early in my career I got the chance to go to Japan and to go to Mexico but my dream is still there. I still want to fight in the UK and in the United States. That’s where a lot of great fighters are.

“I know I have a lot of fans in the UK and I thank them. Without those guys I wouldn’t be as popular as I am.

“Before the fight in Japan, nobody knew me. They wanted to know who this guy was who was coming to Japan to fight their champion. After the fight, I’m not sure if the fans were exactly happy that I had beaten Teiru Kinoshita but some of them were cheering for me. The Japanese are people of sport and congratulated me. The same happened in Mexico and Argentina. It happens each and every place I go. The fans like my boxing style and that I respect the sport of boxing. I know that to become a great fighter you must train hard and be humble.”

Humble but confident. With his rivals currently unwilling to present him with a challenge in the ring, Tete has had to seek out other ways of putting himself under pressure.

“I enjoy spending time with my family. I’m always with my brother. Sometimes you’ll find me singing with the choir. I like to go to the beach and basically enjoy myself. I have to enjoy my life, I’m a human being. I just have to choose the right times to do it.

“I do sing solos. Sometimes you can hear me singing on my way to the ring,” Tete said. “I’m not the best in the choir but I take chances. Life is about taking chances.”