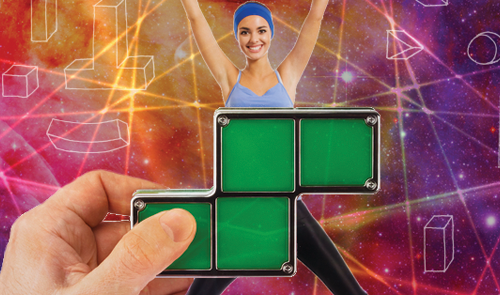 7 of the most insane TV game shows

If you like watching semi-clad woman, and men in wince-inducing pain, you could do worse than tune into a Japanese game show. The country’s notorious for its barmy TV challenges involving everything from dragons to cockroaches and human Tetris. Here we’ve rounded up seven of the most insane game shows from Japan, and around the world, that’ll have you wondering how on earth they ever got made.

Who wants to win cash or a record deal, when you could win a human organ that could literally save your life? That’s the premise of Latin American singing competition Cantando Por Un Sueno (“Singing for a Dream”) AKA X Factor with a twist. Contestants had the chance of winning all sorts of life-changing ‘interventions’. As long as it doesn’t have Simon Cowell on the show, it’s ok in our books.

Despite the enticing title, Hurl! was canned after just one season. Mainly because it left viewers wanting to, well… hurl. The game’s contestants were given stacks of food to gorge on and then forced to perform tummy-churning obstacles. The contestant who vomited last won $1,000. Talk about nauseating telly.

This crazy stunt pitted a woman in a kimono against a man-eating dragon. The courageous Japanese celeb was tied to a slab of raw meat, and then forced to outrun the giant lizard. Just don’t try this at home, even if you do have a pre-historic beast lying around your living room.

Japanese game shows have a rep for getting kinky, but AKBingo!’s insect stunt really was game-changing. The icky challenge involved two girls trying to blow a cockroach into each other’s mouth. Watch this blow-by-blow video and try not to gag, or swallow.

In this hilarious twist on the 90’s arcade game, contestants were suited and booted in weird spandex outfits. Participants were then forced to make tricky Tetris shapes with their body to fit through a giant moving wall. It takes ‘throwing some shapes’ to a whole new level.

The BBC remake, “Hole in the Wall”, presented by Dale Winton only lasted for 2 series… I wonder why?!?

Taking off a woman’s bra has never looked so unenjoyable as in this oh so painful TV challenge. Contestants have clothes pegs hooked to their noses, mouths and ears, which are also tied to a woman’s bra. The guy then has to pull the pegs as hard as he can, to be in with a chance of glimpsing the girl’s lady parts. As the old saying goes, no pain, no gain.

One of the few British shows to make the list is ‘Distraction’ featuring comedy god, Jimmy Carr. Contestants had to answer questions while being distracted by bizarre things including nudists, tattoo artists, electric shocks and ear piercing challenges. After going through all this, contestants were given a car; which was then smashed up by a loved one (or ex-partner!) if they got any of the 5 last questions wrong. So even if you won, you didn’t get the last laugh.

Can’t get enough of barmy TV game shows? Then head over to 32Red online casino where we’ve got a brilliant range of game show themed online slots including Bullseye and I’m a Celebrity.