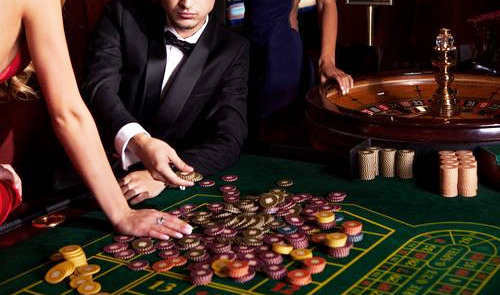 Celebrities seem to have it all – good looks, talent and money. If all of that wasn’t enough, some of them even have the gift for gambling too.

We’ve put together a list of the top 10 celebs who are the best at betting, brilliant at blackjack and have premium poker faces (not including Lady Gaga)!

1. Floyd Mayweather
The ex-boxing champ needs to keep busy in retirement so has turned his attention to some eye-watering bets.

Last year Mayweather won an astonishing $4 million on a series of bets on boxing, basketball and NFL, but this was nothing in comparison to the knock-out $6.49 million profit he made on one 2013 NBA match!

The Only Connect host has not only won two European Poker Tour titles, but also won series two of Celebrity Poker Club.

She’s racked up winnings of over £1,700,000 in her career so far and says she loves to stay up until 6am smoking, drinking and gambling!

In 2004 he won the California State Poker Championship and took away a $356,400 Paycheck, while he reportedly once won $800,000 in a single blackjack sitting!

4. Michael Owen
The former England ace not only enjoys a good bet on the horses, but has a stable of his own thoroughbreds to race with!

Back in his England days it’s rumoured he was such a card-shark that Wayne Rooney owed his strike partner a cool £70,000 after playing with him on international duty. Back of the net.

5. 50 Cent
His name might suggest rather smaller stakes, but Fiddy can be a high roller in the sports betting world. He’s thought to have won a $500,000 bet on a NFL championship game between the New York Giants and San Francisco 49ers back in 2012. Looks like he won’t Die Tryin’ to Get Rich.

6. Teddy Sheringham
Another ex-England star who’s still winning big after hanging up his boots. Teddy loves a game of poker and has made more than £175,000, showing that the Champions League winner can handle the pressure of the casino table as well as the football

7. Derren Brown
The magician is no stranger to controversy and with his card counting techniques he’s got something of a reputation with casinos, so much so that he’s banned from most of them. Why can’t he use his mind-powers to persuade them to let him in?

8.Steve Davis
He might have a reputation for being “boring” but the snooker veteran likes the odd gambling break. He was famous for his composure in tense situations so it’s not hard to see why he’s been involved in several televised poker finals.

Rafa started playing with friends, but winning an online poker tournament sparked his interest in playing for higher stakes.

10. Queen Elizabeth II
That’s right, although Lizzy doesn’t strictly gamble herself (unlike the Queen Mother, who loved a flutter) she does take part in sweepstakes at the big meets. She famously loves her horses, especially when they win.

Or, if you’ve been inspired by these celebrity winners, you could be running shoulders with the celebrity gamblers at the prestigious €500,000 Irish Open next month by qualifying at 32Red Poker.  However, if slots are more your thing, then try your luck with our Progressive Jackpot Mega Moolah game, and see how lucky you could be.