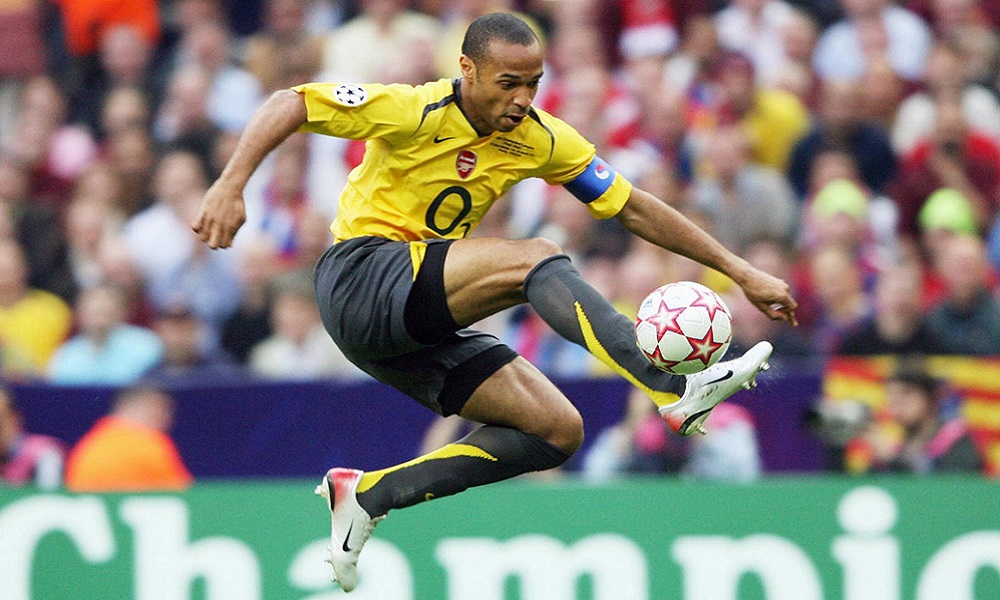 On Sunday, Arsene Wenger’s Arsenal side finished outside of the top four of the Premier League for the first time in the Frenchman’s near 21-year-long reign.

That means that, for the first time on Wenger’s watch, the Gunners will play no role in next season’s Champions League. Instead Arsenal’s European adventure will focus on the Europa League.

Of course, Arsenal’s absence from the Champions League may be financially disappointing for the club, but it’s fair to say the Gunners haven’t pulled up any trees in Europe in recent years. The round of 16 has been unofficially renamed the round of Arsenal in some circles, thanks to the side’s tendency to go out at that stage of the competition; they’ve exited at this point in each of their last seven appearances.

Still, there have undoubtedly been highlights, too. The side may never have won the competition, but they went close a decade ago, making it to the Champions League final for the first time in their history in 2006 – only to be beaten 2-1 by Barcelona.

Defender Sol Campbell had headed the North London side into the lead in the 37th minute, and for much of the game, Arsenal managed to keep Barca at bay. No mean feat, given goalkeeper Jens Lehman had been sent off in the 18th minute for bringing down Samuel Eto’o.

Ronaldinho couldn’t score from the resulting free kick, and it would be Eto’o who eventually equalised for the Catalans in the 76th minute, before Juliano Belletti scored the winner four minutes later.

That disappointment might be the closest Arsenal have come to Champions League glory, but it’s obviously not the side’s greatest performance in the competition, then. Here are some other moments from the past 20 years when Arsenal did really shine.

Arsene Wenger oversaw an away-day pummelling at the San Siro for this match, Thierry Henry opening the scoring in the first half, only for Christian Vieri to equalise with a deflected shot off Sol Campbell shortly afterwards.

Freddie Ljungberg put the Gunners in front once again early in the second half, courtesy of an Henry cross, and from that point on Arsenal had to withstand an urgent Inter side, continually surging forward – until Henry scored a third with a fine solo effort for the Gunners in the 85th minute, effectively putting the game to bed. In doing so he also sparked something of a rout, Edu scoring two minutes later and then Robert Pires getting in on the action in the 89th minute to provide a memorable scoreline.

Alas, Arsenal would eventually lose out to Chelsea in the quarter-finals, the West London outfit winning 2-1 at Highbury to knock the Gunners out.

En route to their final in Barcelona, Arsenal had to do things the hard way, taking on some of the biggest names in European club football. Thierry Henry was the difference in this encounter, embarking on a solo run that saw him evade four Real defenders before finding the net. The strike, just moments into the second half, would propel the visitors to memorable victory at the Bernabeu. Meanwhile David Beckham did not have a good game for the Spanish side, the Englishman failing to capitalise on several decent chances as Real floundered.

The Gunners’ fine European form continued with an assured victory over Italian giants Juventus in this quarter-final. Cesc Fabregas opened the scoring shortly before half-time, with Thierry Henry adding a second in the 69th minute.

Playing for Juve, former Arsenal great Patrick Vieira could do little about the speed and creativity of Arsenal’s attack force, while Zlatan Ibrahimovic could make little impact for the visitors. Compounding the Old Lady’s woes, the Italian side had two men sent off in the dying minutes of the match, Mauro Camoranesi and then Jonathan Zebina departing the field in the space of two minutes with second yellow cards.

The Noughties was a time when Arsenal didn’t always get turned over in the round of 16; here they beat Milan at the San Siro – the first English side ever to manage that accomplishment. Still, the game was level up until the 84th minute, when Cesc Fabregas hit a low shot from 30 yards out to put Arsenal in the driving seat.

Emmanuel Adebayor would add a second from Theo Walcott’s cross to put the result beyond Milan, and Arsenal always looked the likeliest victors, harrying the Italian side and outwitting the likes of Paolo Maldini, playing in his final season. Little did it matter; drawn against Liverpool in the quarter-finals, the Merseyside team would make short work of Arsenal, only to be beaten themselves in the semis by Chelsea.

Arguably the Gunners’ last really noteworthy performance in Europe against an elite side, Arsenal overcame the mighty Barcelona at the Emirates in this first leg round of 16 encounter. Alas, the return leg at the Nou Camp would see the Catalans progress to the quarter-finals, with a 3-1 victory.

Still, for this match Arsenal showed a perseverance and spirit they’ve often been accused of lacking, fighting back from David Villa’s first half goal with Robin Van Persie and Andrei Arshavin scoring in the 78th and 83rd minute to bamboozle Barca, leave Pep Guardiola looking glum – and produce a memorable European night for Arsenal. Shame there haven’t been more of them of late…