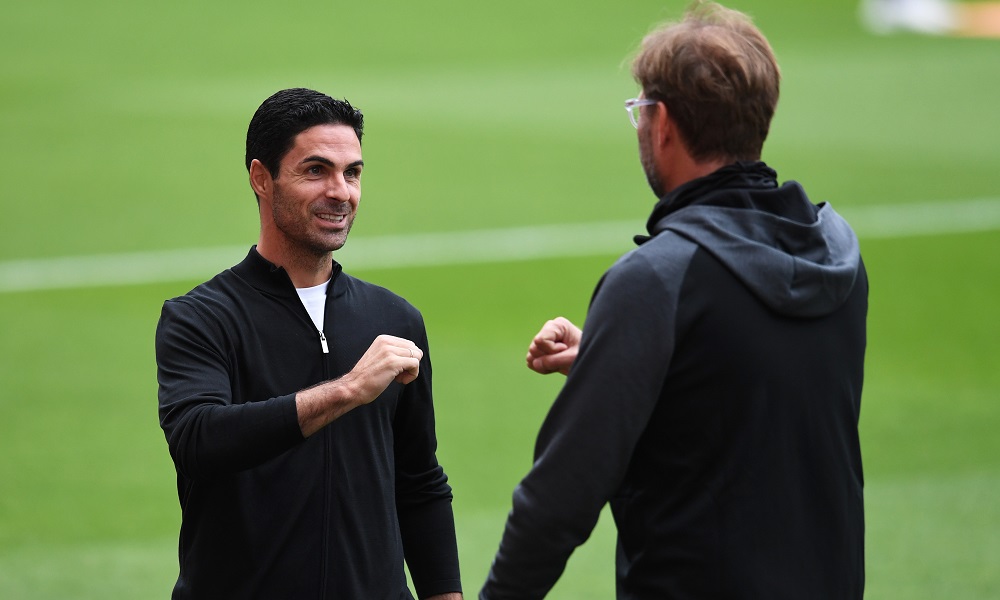 With the fixture calendar a wee bit cramped, the Premier League’s traditional curtain-raiser takes place this weekend, two weeks before the new season gets properly underway.

FA Cup holders Arsenal vie for, uh – glory? Sure, let’s say glory – in the Community Shield against a Liverpool side that have just won the Premier League for the first time in their history.

Both teams finished their most recent competitive fixtures only a month ago, but football is a relentless beast, so it’s back to Wembley this Saturday. So what should we expect from the contesting teams? Find all our football odds here

In the last month there have been relatively few decisive changes for either side; Arsenal are still negotiating with MVP Pierre Emerick Aubameyang to retain the forward’s services, while the on-loan Dani Ceballos looks to be on his way from the Emirates. Ceballos has been linked with a move to Real Betis.

Willian has joined the Gunners on a free transfer from Chelsea, while Southampton’s right back Cedric Soares is another addition to the Arsenal squad, again joining on a free.

As for Liverpool, it’s been a little quieter; they’ve so far got shot of Adam Lallana (to Brighton), bought in left-back Konstantinos Tsimikas from Olympiacos and er, that’s about it for now. The transfer window closes on 5th October, however, so plenty of time for more dealings to come.

Reigning Prem champions Liverpool will be taking on a team that finished eighth last season; but the Gunners did defeat Liverpool 2-1 when the two sides met back in July. For all that, the Merseyside team are massive favourites here, odds-on shots at 13/20 to win the match – alternatively, you can back Arsenal at a hefty 4/1.

It’s fair to say that neither team may be at their most motivated for a game that, respectfully, doesn’t have a lot riding on it. There’s been talk, also, that some fringe players could be in the starting line-ups for both teams in Saturday’s afternoon kick-off.

On that basis alone, it might be worth taking a chance on the team with the bigger price. But there’s a historical argument to be made to consider Arsenal, too. Bear in mind that Liverpool have appeared in four Community Shield games since the start of the century, and just one in the last decade; in last season’s curtain-raiser, they lost in a penalty shootout to Man City.

The Gunners’ record is better, with seven appearances in the last 20 years; they’ve won their last three appearances too, beating Chelsea on pens in 2017, having previously defeated Chelsea 1-0 in 2015, and turning over Man City 3-0 the season before that.

The bottom line? As Sir Alex might have said during one of his rousing Churchillian pep talks, lads, it’s Shield. A pleasant diversion rather than a blockbuster for the ages is in prospect – but if you’re looking to spice up this match with a flutter, I reckon backing north London’s finest is the way to go.

A very Messi business – is Leo really leaving Barcelona?
Championship new season – who are the favourites for promotion?