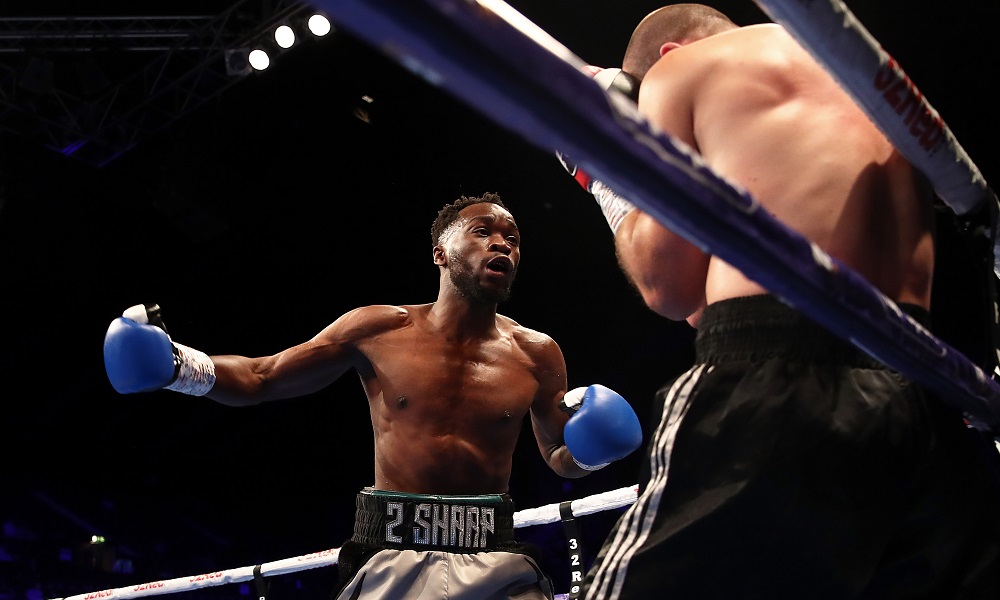 Denzel Bentley exclusive: I always say yes to a challenge

If the first live BT show made unfamiliar viewing for fans, it also gave the boxers a clear idea of what they expect from boxing behind doors. A fight week which usually builds momentum will instead be spent in a cold, clinical environment with the oxygen of pre-fight publicity restricted by the seemingly ever present face masks.

Young prospects will still be matched to showcase their talent but boxers like Denzel Bentley (12-0, 10 KO’s) who are on the verge of challenging for titles are going to be offered tough make-or-break fights in alien conditions. Those who accept and come through successfully are all but assured of a place on the top table once boxing returns to the arenas. For all the latest fight odds, visit our sportsbook.

It is exactly the opportunity the big punching middleweight has been waiting for.

“All the guys who want to do this sport for a bit of attention are going to get found out,” Bentley told 32Red. “Firstly, there aren’t going to be any easy fights. They are going to be 50:50 or near enough. You’re going to be fighting another Brit who’s going to bring it or somebody who hasn’t been able to get out of the small hall shows and suddenly gets offered the opportunity to come and fight you on one of these bigger shows. Every fight is going to be tough and every fighter is going to have to dig in.”

Bentley trains at the famous Peacock Gym. The East End institution is part gym, part café and part social club. There is never a dull moment and Bentley fits right in amongst the hustle and bustle. Almost every fighter who trains out of the Peacock will catch a glimpse of the massive O2 Arena as they make their way in to work every day and day dream about walking out in front of a sold out crowd.

The 25-year-old Londoner was on the verge of announcing himself to the masses on the undercard of Daniel Dubois’ fight with Joe Joyce but the fight’s postponement means he gets his chance to impress in an empty television studio. The surroundings may be totally different but a ring is a ring.

“It’s weird. My last fight was meant to be at the O2 Arena. we were trying to chase a title fight on the big Dubois-Joyce PPV bill. The arena would have been filled up and I was thinking, ‘Ay, this is it.’ The same opportunity has come but in different circumstances. It’s going to be behind closed doors and there’s going to be nobody there but there are going to be so many people watching on telly.

“So many people are going to be tuned in. In my head, it’s the same opportunity. The work for it is still the same. Just because there aren’t 20,000 there live, there are still people watching. It’s still a fight. People might wonder how the energy is going to be or whether it’ll feel like a spar. No. This means a lot more and there’s a lot on the line.”

Lots of fighters are spending much of a pandemic fight week locked away with their trainer but Bentley is sharing the bill with his gym mates, Chris Bourke and Louis Lynn, so will have plenty of company and mutual support. The most noticeable absence will be his large group of friends and family.

“They might not be there cheering me on but I know they’re gonna be tuned in,” Bentley said. “I don’t want to be going home and everybody being like, ‘Oh, unlucky’ when I walk in the door. I want everybody to be saying well done, get a plate of good food and enjoy myself. In the venue, by the time I come out they’ve all had a few drinks and I’m the man, this time they’re all going to be sitting there in the house shouting that I’m not doing this or that and telling me to throw that shot. I want to make everybody happy, make myself happy and get the job done.”

If Bentley impresses this weekend he is all but guaranteed to find himself in the mix for major titles. An explosive clash with heavy handed Mark Heffron has been talked about and the middleweight division has a wide range of exciting opponents. Whoever – and whatever – gets put on the table, Bentley is all but certain to say ‘Yes.’

“There isn’t a fight that I’ve ever turned down,” he revealed. “You can ask anybody in the gym or anywhere you like. It’s paid off because I’m one of the fighters who got asked to be on these shows. “These are very hard to get on and there are a lot of fighters who need to get out. If anybody has said no in the past or been difficult to work with I doubt they’ll be able to get on these shows easily.

“I’m one of the fighters who always says yes to a challenge. Anybody who knows me knows that I’ve been waiting for this opportunity.”