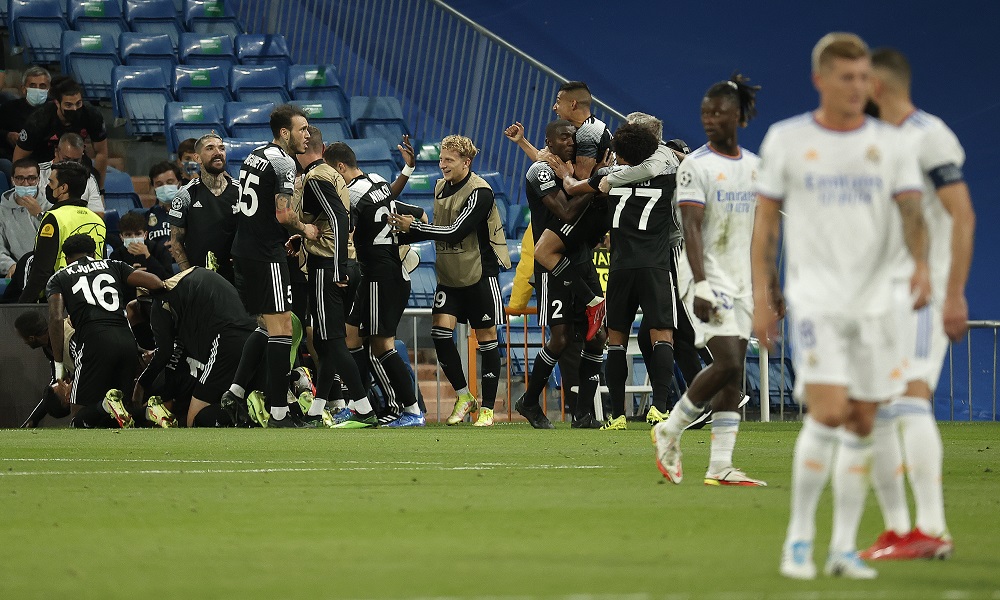 There’s a new Sheriff in town… Real Madrid have won the Champions League 13 times, four times in the last decade alone. Yet on Tuesday night, the Spanish super club were defeated in astonishing style by a (sort of) Moldovan club making their debut appearance in the elite European competition.

FC Sheriff Tiraspol were the unlikely giant slayers, overcoming Real Madrid at the Bernabeu on Tuesday night despite enjoying less than 25% possession over the course of the match.

Real had to resort to a Karim Benzema penalty in the 65th minute to level the scores, after Jasurbek Yakhshiboev – remember the name – had opened the scoring for the visitors with a header.

A draw would have been disappointing enough for Carlo Ancelotti’s Real. Yet a late strike from Sebastien Thill in the 89th minute stunned the hosts, ensuring the visitors would take the win – and enjoy one of the most incredible nights in their history.

The win puts Sheriff top of their group, having also beaten Shakhtar Donetsk in their opening fixture – and the little-known club are on course to make the knockout stages.

It’s an incredible story for a team that were only founded in 1997, based in a city that’s not even officially internationally recognised. Though Sheriff is fabulously rich compared to its neighbouring clubs, head coach Yuriy Vernydub could scarcely have dreamt of beating Real in their own backyard.

But this bizarre tale is hardly the first time Europe’s premier club competition has failed to play out as expected. Here’s a reminder of some of the other greatest upsets in the Champions League (and we didn’t even mention Man Utd’s recent Wankdorf woes against Young Boys). 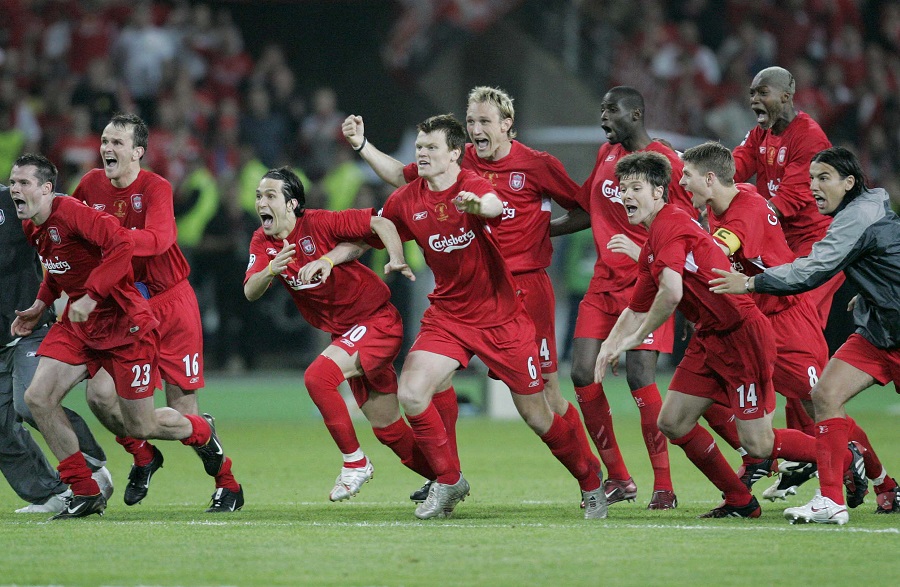 The Liverpool of 2005 were not the all-conquering side that currently grace the Premier League. Steven Gerrard and Xabi Alonso were a different class, certainly. But the likes of Milan Baros and Vladmir Smicer were unlikely to strike fear into the heart of Milan boss Carlo Ancelotti.

The Italian coach’s side included European Footballer of the Year Andriy Shevchenko, plus Kaka, Hernan Crespo and Andrea Pirlo, together with a defence that included fearsome names like Paolo Maldini, Alessandro Nesta, Jaap Stam – in point of fact, every Milan player was arguably a star in his own right, from Clarence Seedorf to Cafu.

And so it proved, Maldini scoring in the first minute, with Milan 3-0 up at half-time, and Rafa Benitez’s team presumably seeking to make the second half an exercise in damage limitation. Guess again.

Gerrard would provide the spark for a comeback, scoring the first of what would be three goals in the space of six dream-like minutes, Smicer scoring the second before Alonso scored from his penalty rebound in the 60th minute to tie the score with the disbelieving opposition.

That Liverpool could eke out victory over this Milan team in any circumstance would have been an incredible accomplishment. That the side fought back from three goals down to level the score, eventually winning on penalties after extra time makes this one of the most unlikely comebacks in the history of sport. 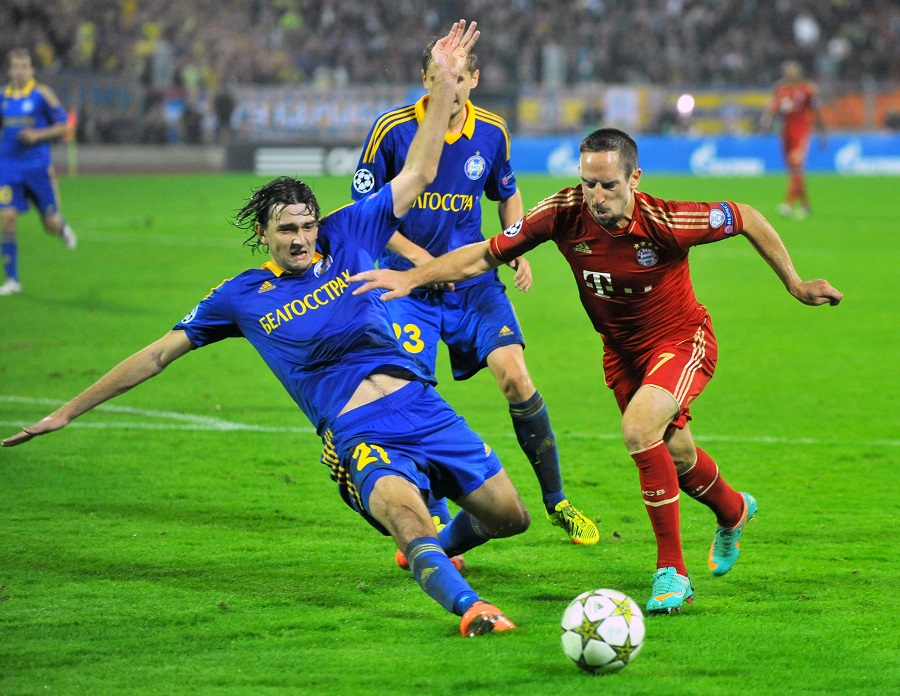 Bayern Munich had made the final of the previous year’s Champions League – but the garlanded German side found themselves schooled by Belarus side BATE Borisov in this group game.

Borisov’s victory at Minsk’s Dinamo Stadium put an abrupt end to a nine-game winning streak in all competitions for the Bundesliga side. Aleksandr Pavlov opened the scoring for the hosts, before Vitali Rodionov and Renan Bressan made certain of the upset. Not bad, considering that before beating Lille in their previous game, BATE had not even managed a win in their two previous Champions League campaigns.

Franck Ribery would score a late consolation for Bayern, but the night belonged to the Belarusians. Not that Bayern fans had too much to be downhearted about; the team would rally, with Jupp Heynckes steering the side to Champions League glory, triumphing against fellow German rivals Borussia Dortmund later that season. 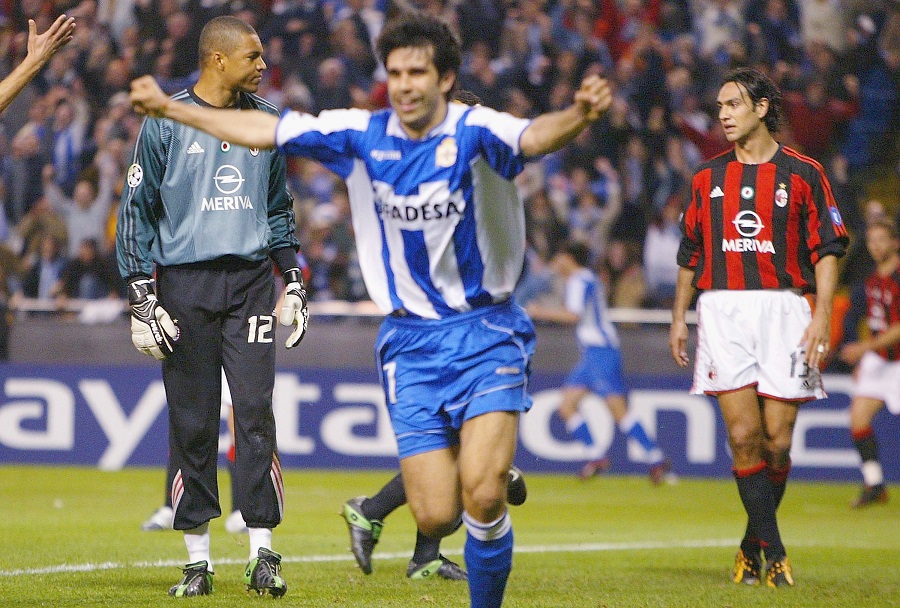 Group stage upsets are one-thing, but getting knocked out by a supposedly inferior side is infinitely more painful. So it proved for AC Milan (them again) in 2004, as the then reigning champions expected to coast past a Deportive La Coruna side they’d beaten 3-0 in the first leg.

It wasn’t to be, the hosts levelling the score before half-time as Walter Pandiani got the ball rolling with a goal in the 5th minute, with Juan Carlos Valeron and Albert Luque also netting for Deportivo.

Club captain and late substitute Gonzalez Fran provided the fourth goal to steer his side to glory on the night – the first time a team had recovered from a 3-0 deficit in the Champions League. Unfortunately for coach Javier Irureta, his side would be knocked out in the semi-finals by Jose Mourinho’s Porto – more on them shortly.

For Milan, was it complacency or just a rare duff performance on the night? Before this fateful encounter, the Serie A side had conceded just four goals in their previous nine Champions League games – none away from the San Siro. 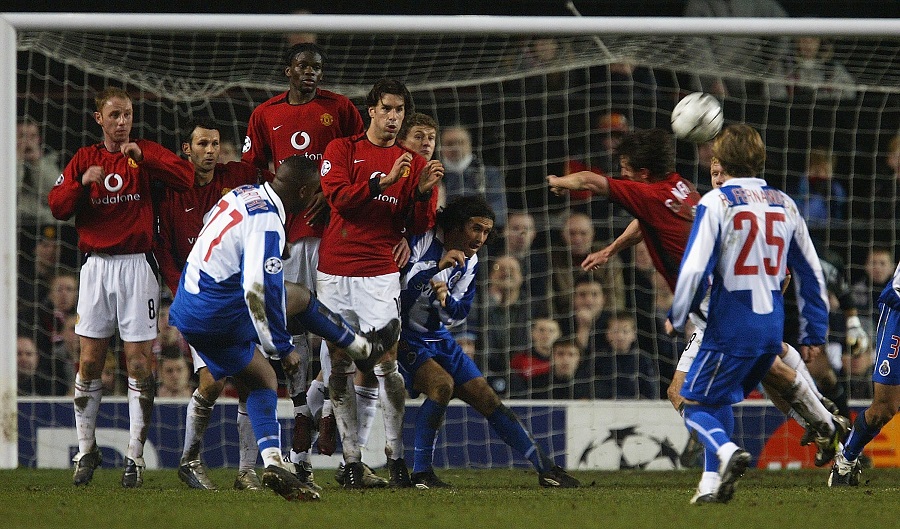 This was the match that heralded the arrival of Jose Mourinho, at least in England. The Portuguese coach had already bested Manchester United on home turf two weeks earlier, but at Old Trafford surely United would be able to turn things around?

It didn’t happen. With Roy Keane suspended after being sent off in the first leg, and Alex Ferguson choosing to bench Cristiano Ronaldo, United took the lead through a Paul Scholes header in the 32nd minute. That would have seen United through by the away goal rule, if the home side could only have kept a clean sheet.

Indeed, the hosts seemed to have done enough – until a last gasp goal was scrambled home by Costinha, capitalising on United keeper Tim Howard’s shonky attempt to clear a free kick. The Portuguese team had snatched a smash and grab victory, prompting Mourinho’s famous touchline celebratory run. Porto would go on to win the Champions League, with Mourinho rocking up at newly minted Chelsea the following season. 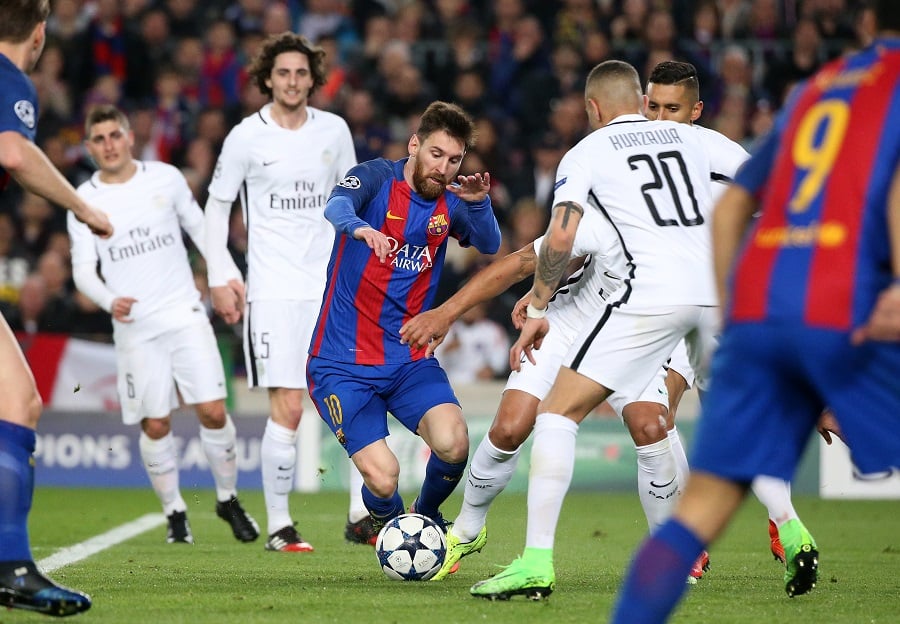 In February 2017, Paris Saint-Germain gave a formidable demonstration of their potential, defeating Barcelona 4-0 at the Parc des Princes in the first leg of their round of 16 meeting.

It was a comprehensive demolition job on Barca, and few believed the Spanish giants could do anything to turn the tie around. Yet two weeks later, Luis Enrique’s side did just that, Barcelona scoring just three minutes into the match at the Camp Nou to set the tone for one of the Champions League’s most outrageous comebacks.

A Layvin Kurzawa own goal would give Barca further hope of what seemed a deeply improbable turnaround, and Lionel Messi scored a penalty in the 50th minute. But with Edinson Cavani scoring a second half goal for the visitors, Unai Emery’s side still looked the likely winners.

Yet an insane few minutes at the end of the match saw the outstanding Neymar score a wonderful free kick, before dispatching a penalty and then setting up Sergi Roberto for the winning goal in the fifth minute of stoppage time. Barca had somehow won 6-1 on the night – 6-5 on aggregate.