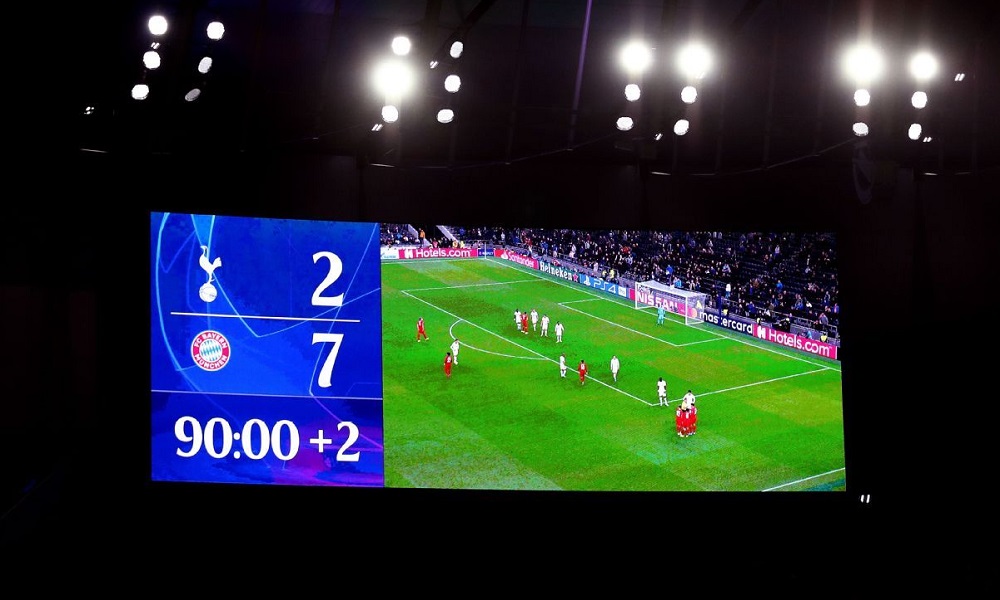 The horror, the horror. Forget Apocalypse Now – after the twin terrors of Bayern Munich and Brighton in the last week, Tottenham fans will feel as if they’ve been sitting through the sporting equivalent of the Texas Chainsaw Massacre.

Spurs are reeling – but how have their results got so bad so fast? Conventional wisdom says that Mauricio Pochettino has simply stayed with the North London club too long. That if the good times are to come back to Tottenham, the Argentine needs to exit.

Whether Pochettino can defy the critics and get things back on track is a question for another day, however; here, we’ll take a look at how and where things have gone so wrong for the Lilywhites this season. 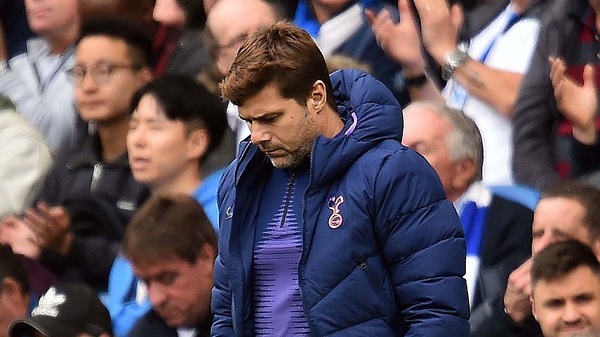 Only a day before this match, Poch had insisted that he wanted to remain coach at Tottenham for “another five years.” After performances like this, sticking around for another five nanoseconds might not rate highly on the manager’s things-to-do list.

Following the loss to Bayern Munich in the Champions League – Tottenham’s heaviest ever home defeat (see below for more on that) – what Spurs needed was a forgiving opponent who might just help Tottenham rediscover a little confidence.

And that’s what they got, at least in theory; Brighton hadn’t beaten Tottenham in 36 years (though the sides had only met a handful of times since then, admittedly). The Seagulls hadn’t won in the league since the opening day of the season, and hadn’t even mustered a win at the Amex in any of their last eight attempts. Decent candidates to grant the visitors a perfect pick-me-up, you’d think.

It didn’t turn out like that, of course. And maybe we shouldn’t have been surprised – after all, Spurs hadn’t won an away game since January. Any hopes of a good start for the visitors evaporated in double-quick time, goalkeeper Hugo Lloris letting in Neal Maupay’s header in just the third minute – and dislocating his elbow in sickening fashion in the process.

With Paulo Gazzaniga replacing the Frenchman, Spurs’ day didn’t improve from that early setback. Making his debut in the Prem, teenager Aaron Connolly scored twice past the replacement keeper to make it an unforgettable day for himself – even if Spurs fans will remember this match unfolding with the intractable logic of a nightmare. 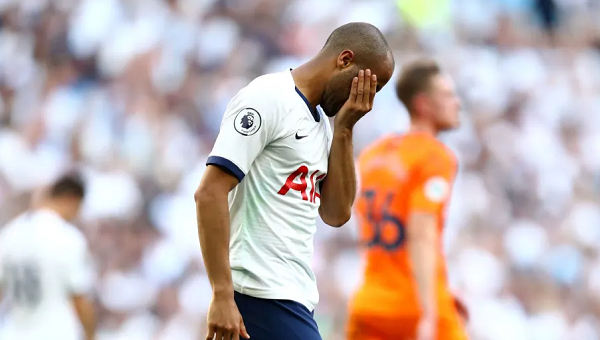 The defeat to Brighton was just the latest of Tottenham’s underwhelming performances since the start of the new season, though. In the 500th game of Pochettino’s managerial career, Tottenham found themselves turned over at home by a deeply unfancied Newcastle side.

The not especially exotic-sounding Brazillian Joelinton scored in the 27th minute, the only goal of a fairly drab match to give Steve Bruce his first win with the Magpies. Tottenham’s 79% of possession counted for naught, with sorry Spurs unable to do anything of note for all their dominance. With Christian Erikson on the bench for the first hour, and Harry Kane unable to make his mark, the home side managed just two shots on target. 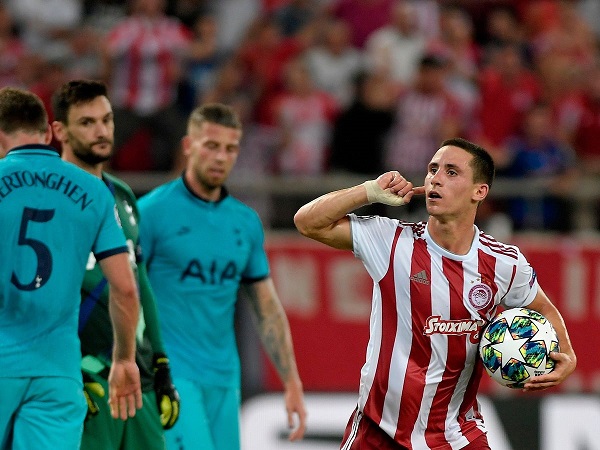 Not a defeat, but this Champions League stumble must have felt like a squandered opportunity – particularly in the wake of the more recent loss to Bayern Munich. Tottenham had eased into a two-goal lead over the unfancied Greek side inside 30 minutes, Kane on the spot with a penalty and then Lucas Moura larruping home a second to make it look so easy for the visitors.

Which just goes to show you that sometimes, the two-nil score line really is the most dangerous in football. With Tottenham seemingly coasting, Daniel Podence pulled one back for the home side just before half-time – and then Vertonghen gave away another penalty minutes into the second half, Mathieu Valbuena converting to make it all square.

That’s how it finished, with Eriksen having a particularly anonymous showing, even if Tottenham did look slightly more dangerous than the opposition as the game continued. So they should have; this was the ninth consecutive game in the Champions League in which the Greek team had failed to win, with two draws and seven defeats over that period. 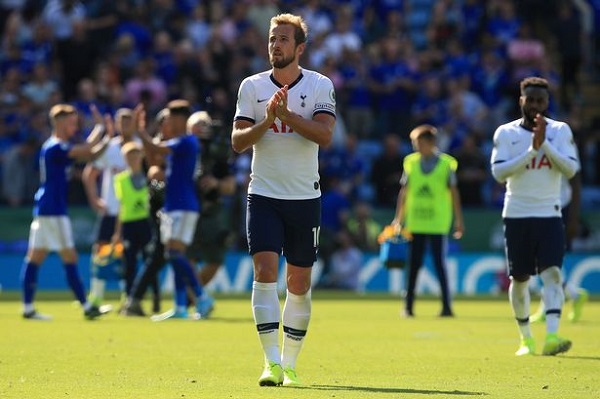 Back to the Premier League, and things didn’t improve for Poch and the boys. Both sides started in high spirits, in fairness, but it was Leicester’s Ndidi who put the ball in the net first – only for VAR to overturn the goal for offside.

Kane would score the first actual goal of the match, knocking the ball past Schmeichel with a hastily improvised bit of play to put Tottenham in the driving seat. Tottenham would (briefly) score a second too, a 64th minute cracker from Serge Aurier that was again disallowed by VAR after Son was caught fractionally offside.

Ricardo Pereira would score for the Foxes minutes later, finding the net for a goal that, miraculously, wasn’t overruled by our new robot overlords to level the score. And then in the 85th minute, James Madison curled home a winner for Leicester.

No shame in losing to a good team, of course, and aggrieved Spurs fans can point to the vicious precision of VAR for compounding their misfortunes – still, this defeat extended a winless sequence away from home in the league that goes all the way back to January… 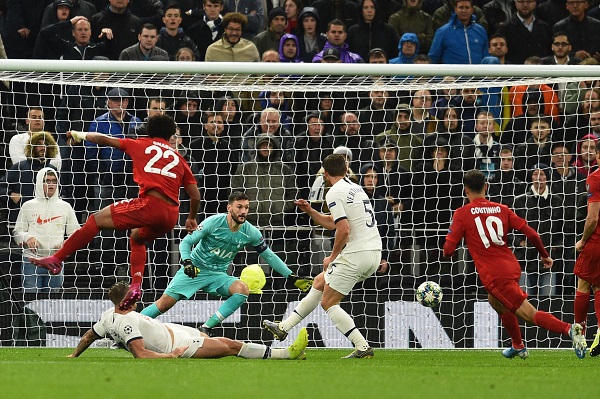 This one has to be the grandaddy of them all. Taking on the giants of German club football, surely pride would ensure that last year’s losing Champions League finalists would make a decent fist of this one?

Well, Spurs did – for a while. Son opened the scoring for Spurs, though Kimmich would equalise soon afterwards. Lewandowski gave the visitors the lead as half-time loomed – and after that it all got away from the home side, former Arsenal misfit Serge Gnabry scoring four (4!) with Lewandowski slotting home another in the closing minutes too (Kane also scored from a penalty for Tottenham, if you’re a completist).

From a reasonably tightly contested Champions League encounter between two fine teams, somehow this game had turned into a second half descent into Hades for the home side, the cheeky cockney sparrows swatted aside in truly spirit-crushing fashion.

The score line says it all – and as previously noted, this 7-2 defeat is the heaviest in Tottenham’s 137-year history. Damningly, Pochettino admitted his side “gave up” towards the end.

It was also Spurs’ 17th loss in 2019. How much longer can the Hotspur horror show continue? Right now, Tottenham’s future looks more difficult to endure than a Chas n Dave Spurs-themed playlist on YouTube…