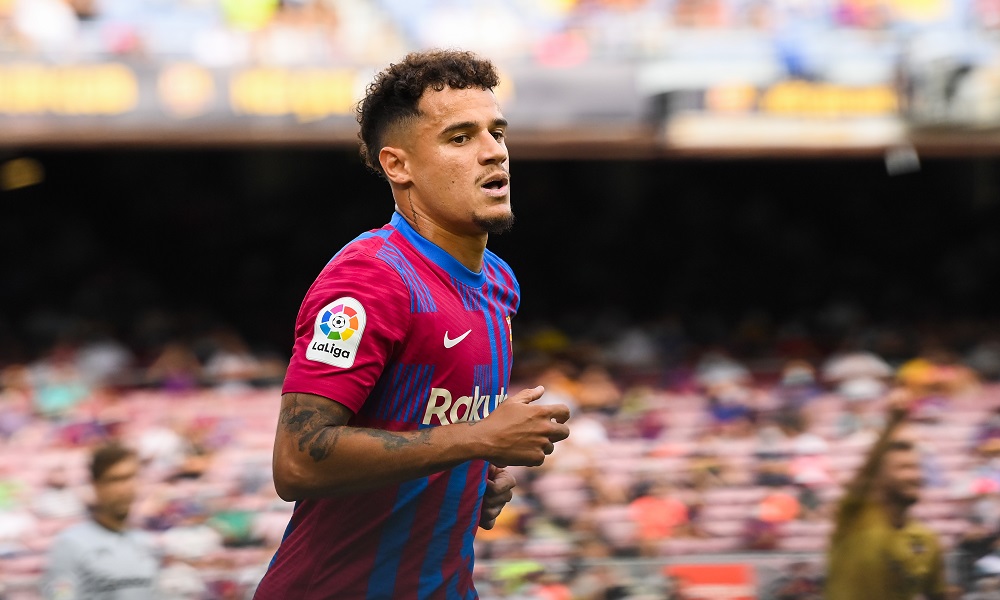 As Philippe Coutinho joins Steven Gerrard’s Aston Villa on loan from Barcelona, the Brazilian is looking to reignite his career under the management of his old team-mate.

But after a fairly disastrous few years for Coutinho, can Gerrard really inspire the player to rediscover his former greatness?

The pair played together in 2013-14 under Brendan Rodgers, when Liverpool came close to winning the Premier League before Gerrard’s infamous slip.

But while Coutinho went on to be a part of Barca’s title winning squad in 2018 and 18, it’s fair to say the player has not made a huge impression in La Liga.

Coutinho’s £130 million deal move to the Camp Nou had been the biggest story of the January 2018 transfer window. The midfielder had been envisaged as a replacement for Neymar, who had departed for Paris Saint-Germain the previous summer.

But after underwhelming during his first 18 months in Spain, Coutinho would eventually be loaned out to Bayern Munich for the 2019-20 season.

The Bundesliga side opted not to extend the deal further, and so Coutinho returned to Barca in September 2020 – making just 12 league appearances in that La Liga campaign.

While Coutinho’s worth isn’t judged on goals alone, he has scored just twice for Barca in 16 appearances this season. The playmaker is a considerably diminished figure from the one who departed to Spain four years ago.

That’s not to say this move won’t work out. After all, his arrival at Barcelona prompted this tribute from Luis Suarez, who played with Coutinho at Liverpool as well as the Catalan club.

“Philippe was incredible. He changed us completely. He’s the one that gave us the faith in having the ball because his technical ability is so good. You knew he wouldn’t lose it, you knew that he would produce something special with it, that he would always choose the right pass.”

Perhaps he can produce something special again under Stevie G. Villa also have the option to purchase the 29-year-old for £33m at the end of this season’s loan arrangement. Coutinho’s contract with Barcelona is due to finish at the end of the 2022-23 campaign.