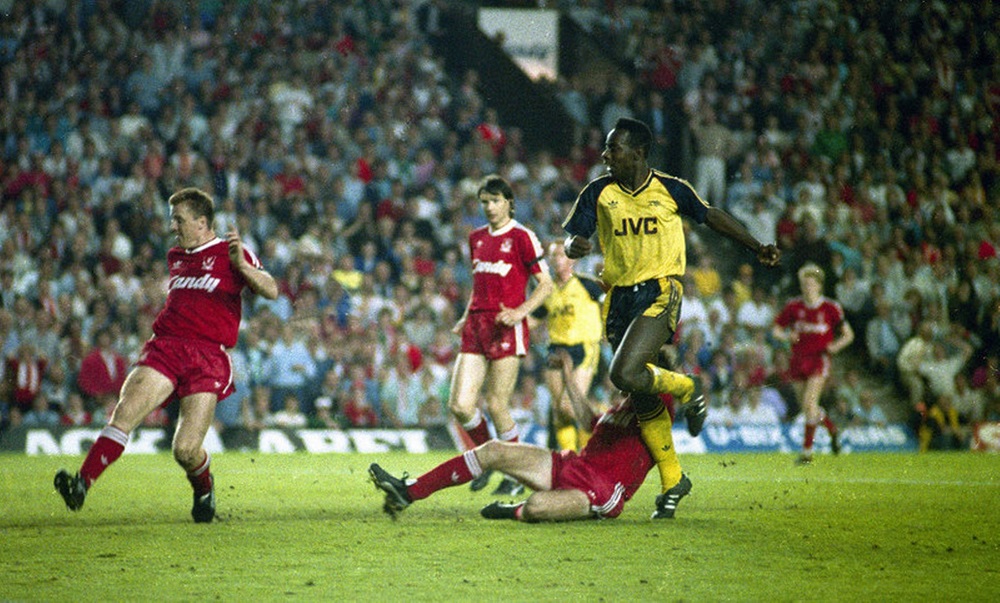 Liverpool have lost just one game in all competitions so far this season, while Arsenal drew against Crystal Palace at the weekend – and commemorated this historic draw by booing their own club captain.

Arsene Wenger might be long gone, but the Gunners don’t seem to have shown much improvement under current manager Unai Emery. Can the Spanish coach pull off a shock at Anfield on Wednesday?

Let’s face it, it’s a a tall order. But believe it or not, there was a time when the Gunners could go toe-to-toe with the Merseyside team. Below, we revisit some classic Liverpool-Arsenal meetings from Anfield… 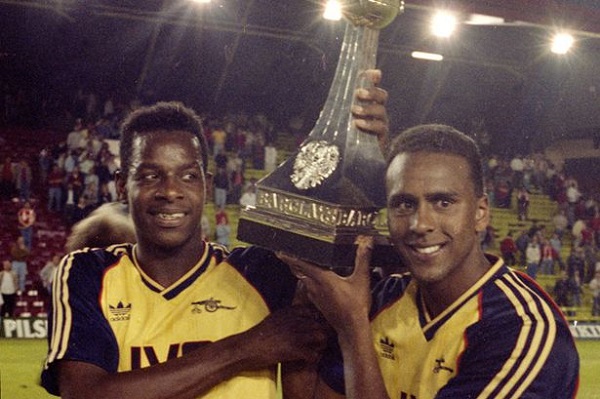 With league glory riding on the outcome of this end of season extravaganza, a two-goal win for Arsenal was required if the Gunners were to claim the league; victory alone would leave the two clubs level on points. But Arsenal hadn’t won at Anfield since 1974, and went into this game without a win from their previous two matches.

Arsenal’s gameplan in this era was straightforward enough to inspire chants of ‘boring, boring Arsenal’, while Tony Adams had won the unflattering nickname ‘Donkey’ after a few less than outstanding performances for club and country. In short, it didn’t look especially positive for George Graham’s men. But a remarkable climax to the season deserved a remarkable outcome.

As for Liverpool, their season had been disturbed by injuries to key players Ian Rush and Alan Hansen – and more significantly, the Hillsborough disaster, which took place in April 1989. In the aftermath of that awful event, Liverpool at least looked to be on track to win the league here, to take some small crumb of consolation from the season.

Instead, Arsenal employed something akin to Muhammad Ali’s rope-a-dope tactics, inviting pressure from Liverpool early on, rather than seeking an early goal. The first half ended goalless – but in the second half the visitors increased the pressure, Alan Smith heading home from a free-kick to make Gunners fans believe the miracle was on.

Yet from that point on chances would come and go – without goals. The 90 minutes were up, stoppage time ticking away, the game all but up – and then came Michael Thomas, stroking the ball past Bruce Grobbelaar to deliver one of the most devastating footballing denouements of all time. Agony for Liverpool, amazement for Arsenal – and a match to be remembered. 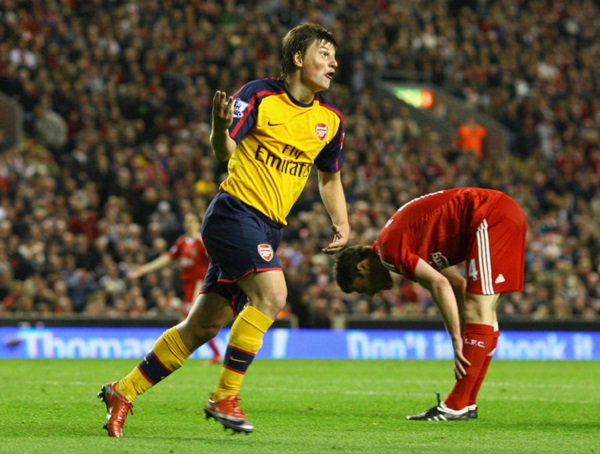 If this game didn’t quite have so much riding on it as the previous encounter, there was still plenty of reason for Liverpool to take this match very seriously – once again, the league was seemingly in the side’s grasp – and once again, they’d come close without ultimately realising Premier League glory.

That disappointment was some way off, though; instead, this match served chiefly as a showcase for new Gunners recruit Andrei Arshavin, who scored four goals in this match to set himself up as one of the most exciting Arsenal players of the modern era. Yet Arshavin would never come close to reaching these heights for Arsene Wenger’s team again.

The diminutive Russian opened the scoring at Anfield, and though Fernando Torres and Yossi Benayoun each scored a brace for the home side, Arshavin’s bravura performance was the unforgettable highlight here.

Having scored twice in a three-minute spell in the second half, the forward then also scored what he must have assumed would be the winner in the 90th minute – only to see Benayoun level the score in stoppage time.

It was the second rollicking 4-4 game the Merseyside team had been involved with in the space of a week, following a similarly manic Champions League tie with Chelsea. Liverpool would win their remaining five league games – but to no avail, hated rivals Manchester United eventually pipping them to the title by four points (Arsenal, incidentally, finished fourth). 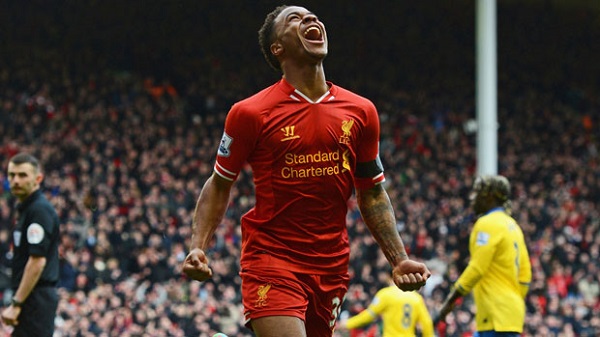 Once more, Liverpool were firmly in the mix for Premier League glory this season. Again, they were to be cruelly denied – but at least this time, they would make short work of the Gunners.

Whether Brendan Rodgers’ could take huge amounts of credit for inspiring his side, or this was more a case of Arsene Wenger’s team proving worryingly sloppy (and not for the first time in recent years), the Gunners were never in this match.

Mikel Arteta would score a penalty in the 69th minute, providing an underwhelming consolation for the visitors, but for Liverpool the result couldn’t quite spur the side to Premier League glory; Rodgers’ team would finish two points behind champions Manchester City, with the influential Luis Suarez leaving for Barcelona in the summer.