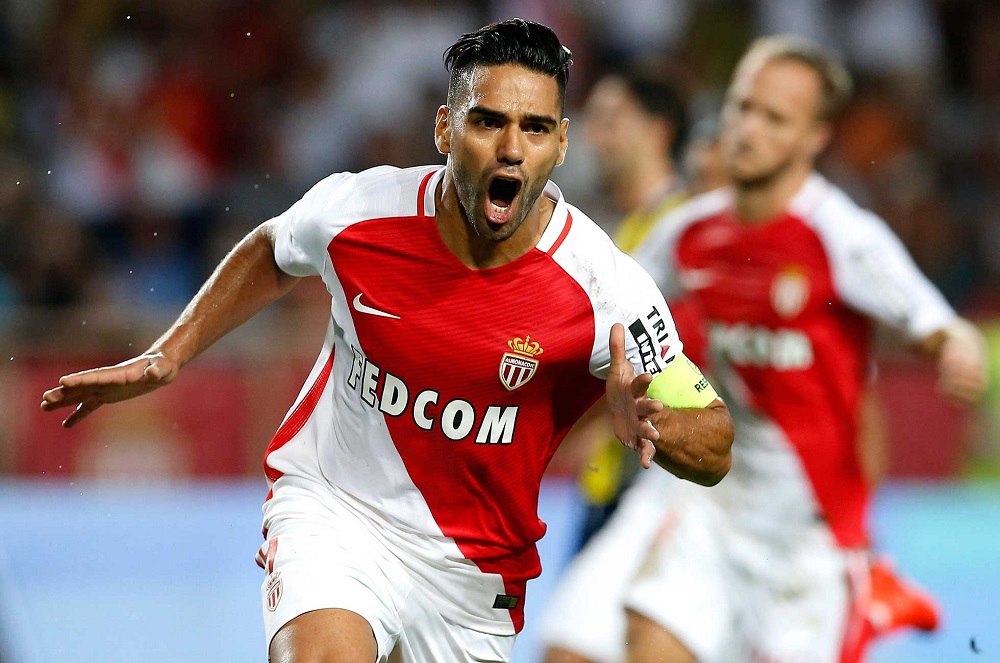 Manchester City host Ligue 1 side Monaco in the Champions League on Tuesday night. City boss Pep Guardiola might be a European heavyweight, but his side drew a blank against Huddersfield at the weekend. Can we expect a more dominant performance from City?

Paris Saint-Germain might have looked pretty tasty against Barcelona last week, but the side isn’t even the best in Ligue 1, according to the league standings. Monaco are currently three points clear of PSG, and are unbeaten in their last 12.

Leonardo Jardim’s side have lost just once in the current Champions League campaign, and have already made short work of English opposition once this season, beating Spurs home and away to secure their progress to the round of 16. They’re also the highest-scoring top division side in Europe, with 76 goals in 26 games.

2 Radamel Falcao is on fire for the French side

Written off as a striker trading on former glories, Falcao may not have shown a great deal during his short stints at Manchester United and Chelsea, but the Colombian has rediscovered his form.  Falcao has 19 goals in 25 appearances so far for Monaco; over the course of his last 13 games, the longest he’s gone without scoring has been a single match.

Falcao bagged two against Metz earlier this month, and a further brace against Nice at the start of February. He’s scored twice in the Champions League (both in the same game, against CSKA Moscow back in November) and could be a huge threat tonight.

3 Beyond Falcao, Monaco have plenty of threats

They may not be superstar names yet, but Monaco hardly need to rely on Falcao to put up a strong battle here. Strikers Valere Germain and Kylian Mbappe have scored nine and 10 goals respectively for Monaco this season, while midfielder Thomas Lemar has nine – and is being linked with a summer move to City, though Chelsea are apparently also interested in the 21-year-old.

City haven’t lost any of the last eight Champions League games they’ve played at the Etihad; during that sequence they’ve recorded three draws and five wins, seeing off the likes of PSG, Sevilla, and of course, Barcelona, who they tonked 3-1 back in November.

5 But Aguero needs a good performance

It’s seven matches since Sergio Aguero found the net for City, and talk from Guardiola in recent weeks has hinted that the Argentinian may not see his future with the Manchester side. Aguero has been phenomenal for City since his arrival back in 2011 – but his current lean spell is a concern.

The 28-year-old is without a goal in the Champions League in his last five games; that said, he’s scored two hat-tricks already in Europe this season, against Steaua Bucharest and Borussia Mönchengladbach. With new Manchester messiah Gabriel Jesus sidelined with an injury, it would be timely indeed if Kun could come good against Monaco…