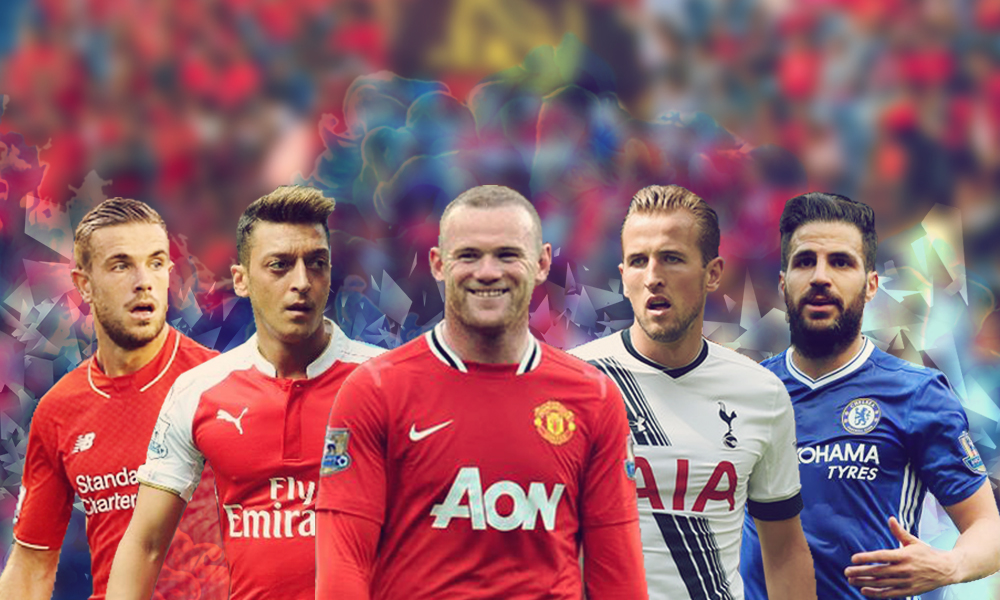 The Premier League returns on Saturday with high-flying Arsenal off to Old Trafford. And Arsene Wenger will no doubt be gritting his teeth as he prepares to go scowl-to-scowl with Portuguese provocateur Jose Mourinho.

The Manchester United boss has hardly looked bullet-proof so far this season – could the Gunners be about to ram that ‘specialist in failure’ label down Mou’s throat in Saturday’s lunchtime kick-off? The north London club have been lively, and Arsenal ace Alexis Sanchez netted twice for Chile on Tuesday…

Still, the Man Utd boss has had Wenger’s number in the past, winning seven and drawing six of the 14 meetings between the pair (Wenger’s sole victory barely counts, coming as it did in the Community Shield). Even if it feels like Mourinho is losing some of his potency, his winning record against the Frenchman is pretty compelling.

Despite United’s supposed issues, the side have only lost once at home this season – while in the Prem, Arsenal haven’t won at Old Trafford since 2006. If the Gunners do get the win here, it’ll be seen as more proof of Mourinho’s waning influence – but it seems likelier that the home side will collect the win. That said, Arsenal have scored in all but one of their last 15 games, and it certainly wouldn’t be a shock to see them find the net.

With five defeats already in the Premier League, the Foxes have been less than fantastic this season. Claudio Ranieri’s side need a pick-me-up – can they earn their first away win of the campaign against Watford?

The Hornets’ form has been up and down, but they won 3-1 at home against an out-of-sorts Man United back in September, and haven’t lost at Vicarage Road since defeats to Chelsea and Arsenal in August. On the plus side for the visitors, Jamie Vardy scored for England against Spain on Tuesday – though he hasn’t found the net in his last 12 appearances for the Midlands side. Could that Wembley goal spark a return to the form of last season?

Another striker worth keeping an eye on is Troy Deeney; the forward can notch up his 100th goal for Watford on Saturday. He’s got a decent record when it comes to Leicester too, netting three goals against them in his last six appearances.

After four wins in their first five games, there was plenty of positive talk around Everton at the start of the season. But with losses to Bournemouth and Burnley since then, plus a 5-0 Bonfire night battering by Chelsea, Ronald Koeman must be wondering where the side’s next three points are coming from.

Wonder no longer, Ron. The mood is grim at Swansea, the side having already parted company with Francis Guidolin, though replacement Bob Bradley is yet to turn things around; the Swans haven’t won in the Prem since the opening day of the season.

Romelu Lukaku is always a popular choice to net for the home side, and having netted a brace for Belgium against Estonia in the international break he looks irresistible here. If you’re looking for a touch more value, Lukaku has also opened the scoring in four of the last five games where he’s found the net for Everton.

Liverpool have been romping to victory of late, smashing six past Watford last time out and seeing off Crystal Palace 4-2 at Selhurst Park before that. In contrast the Saints were turned over by Hull before the international break, while their victories in the Prem this season have all come against less auspicious opposition.

On form alone there’s no reason to fancy the home side, though Saints did turn Jurgen Klopp’s side over 3-2 at St Mary’s back in March. Sadio Mane provided two of those goals, however – the same Sadio Mane who’s scored six for Liverpool already this season.

Southampton’s perceived status as a feeder club for the Merseyside team may have Claude Puel fired up to try and correct that impression – but it’s going to be a tall order for this Saints team to derail the League leaders.

Even if they have to make do without Adam Lallana, a Liverpool win looks overwhelmingly likely, as does over 2.5 coming in on the Total Goals market. But for a bigger price, it could be worth trying something a bit different for this match. In each of their last three games, Liverpool have scored in both halves…

Sunderland signed off for the international break with their first Prem win of the season when they snatched a win against Bournemouth last time out, while Hull took all three points against Southampton at the KCOM Stadium. So were those south coast specials the mark of a real turnaround for both clubs?

Let’s face it, probably not. In all likelihood, each side will be scrapping it out for survival come May – which means there’s a whole lot riding on Saturday’s trip to the Stadium of Light.

Moyes’ defensive instincts mean the Black Cats rarely ever seem to go for the kill; Mike Phelan’s side may have been stymied by a lack of investment, but they’ve shown more oomph than Sunderland so far this season. But Hull have been hit by injury problems too, the most recent being Will Keane, out for 12 months with a knee problem.

That’s bleak news for the visitors – but with Robert Snodgrass continuing to look sharp, perhaps a depleted Hull still aren’t out of this. Neither side have racked up many draws so far in this campaign (Sunderland have two, Hull just one), so I’m tempted to go all out for the away win – even with Hull’s serious injury issues, the Tigers could still get the better of the Black Cats here.

It’s four straight losses for Palace now, even a shaky-looking West Ham getting one over on Alan Pardew’s side last month. Meanwhile, City continue to lurch from the inspiring to the underwhelming under Pep Guardiola, the Manchester side recently following up a superb 3-1 win over Barcelona with a head-scratching draw against Middlesbrough.

Still, on current form it will be a minor miracle if Palace can get anything from this game. A City win looks assured, so why not factor in Sergio Aguero as a goal scorer too to add a little juice to your flutter? He’s scored the opener in more games than any other player in the Prem so far this season.

Mark Hughes’ Stoke are undefeated in their last six matches, while Bournemouth have lost their last two. But for all that, league standings would suggest the two sides are fairly evenly matched; the Potters are just a point clear of Eddie Howe’s men.

Stoke’s three wins have come against the bottom sides in the Prem, while the Cherries haven’t won away in the Prem yet – could this be the one? Bournemouth won five times on the road in the previous campaign, but couldn’t get the better of Stoke home or away. Perhaps a flutter on total goals is the way to go here; after all, in each of the last two encounters between these teams there’s been three or more goals.

Saturday’s teatime kick-off see Spurs hosting a West Ham team that have been pretty abysmal since their move to the London Stadium.

Tottenham are without a win since they beat Man City six weeks ago, but if Harry Kane can capture something close to his best after time out with an injury, Mauricio Pochettino’s side can surely rally against the iffy Irons. Kane has three goals in his last two appearances at White Hart Lane against the Hammers…

Sunday’s game sees a Middlesbrough side who have frustrated both Man City and Arsenal in the last few weeks play host to another big side. But Chelsea come to the Riverside having scored 16 goals in their last five Prem games without conceding once – can Aitor Karanka’s players possibly halt that momentum?

On previous form, it doesn’t look good for the home side. Boro have lost each of their last five Prem encounters with the Blues, failing even to score a goal in that time. And after a start to the season that saw rumours swirling about an impending exit for Antonio Conte, the Italian has transformed his side into undoubted title contenders. Even with the Smoggies’ modest successes of late, Chelsea should overpower the home side. Eden Hazard has scored in his last four Premier League matches for the Blues, too…

Saving the best ‘til last for Monday’s match? Okay, so in seven of their last nine games, the Baggies have scored either one or no goals. But the West Midlands team do have some grounds for optimism against Burnley, winning four-nil at The Hawthornes back in 2014. The side are looking for only their second home win of the season, but beat reigning Premier League champions Leicester away last time out.

As for Burnley, the side are still in search of their first away win of the season, but are unbeaten in their last three matches. Fortune certainly played a role when Sean Dyche’s team held Man United to a draw back in October, but Burnley are clearly capable of frustrating quality opposition. Another stalemate could be on the cards here.

When you’re finished with the football, fancy a little gaming action? Our Casino offers a range of blackjack, roulette and slots – including progressive jackpots that offer the chance of a multi-million pound payouts! If you prefer to stick with the beautiful game, we even have football-themed slots like Soccer Safari and Football Star.

There’s also a Live Casino, if you liked to pit your wits against real life dealers.