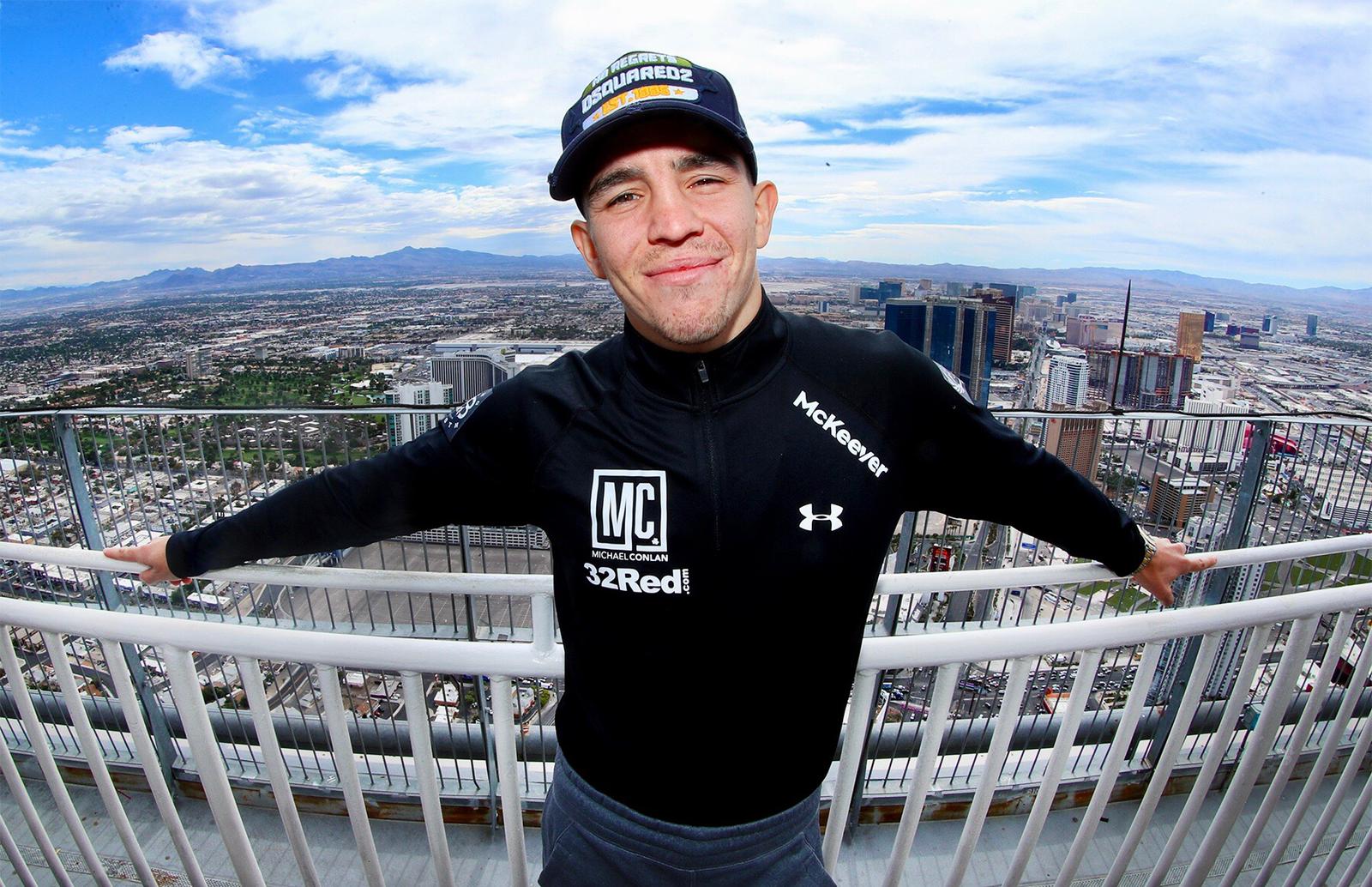 In the first part of this exclusive interview, 32Red ambassador, Michael Conlan, spoke about approaching his second full year as a professional in a calmer manner. Here is part 2.

The early stages of a boxer’s career are often wished away. The fighter himself eager to move on towards titles and fans growing bored of a series of procession-like victories. But it is a time when lessons are learned and bad habits ironed out. Michael Conlan is only eight fights into his career, but the 26-year-old has used every single second wisely. Find all the latest boxing odds here.

In part one of 32Red’s exclusive interview, Conlan spoke about the mental pressure his first 18 months as a professional placed on him. A fighter can usually leave behind the stresses and strains of outside life when they enter the gym but as well as learning how to deal with large events and his increasing profile, Conlan has also had to figure out just what type of fighter he is going to be.

The time he spent with Manny Robles in California will prove invaluable but from hereon in, Conlan and his trainer, Adam Booth, will go about their work in a more calculating fashion.

“I don’t even know how to grade the first part of my career,” the 32Red ambassador said. “I think I’ll have to wait until the end of my career to see how it all has panned out.”

“Every fight for me is a learning fight at the minute. I’ve been getting used to different opponents and different styles. Big guys, small guys, orthodox guys and southpaws. In every fight I’ve had so far I’ve learned a little bit more about myself and a bit more about how I’m going to box as a professional.”

Conlan’s storied amateur career – which peaked with a gold medal at the 2015 amateur World Championships – may have provided him with the lofty platform he currently operates on but it also raised expectations to an almost unreachable level.

Top Rank are renowned for building their prospects properly and understood that their first job was to get Conlan used to the rigours of professional boxing whilst capitalising on his massive popularity. Slowly but surely, the standard of Conlan’s opponents has increased and he has raised his own level of performance to compensate.

“Even that last guy [Adeilson Dos Santos] was a really good step up for where I am as a professional and I think I was criticised more for that fight than for any other I’ve had so I guess there’s no point in me listening to anybody else really. Immediately after that fight I scored myself a six [out of ten]. I watched it back and it was nowhere near as bad as I first thought.

“I wasted an awful lot of energy that I didn’t need to but, to be honest, I think that’s all down to experience. I also think I showed the guy a bit too much respect too. At the same time, I can look back on that and learn from it. This next fight is going to be different again.”

So far, Conlan has made New York – and Madison Square Garden in particular – his base but on Saturday night he trades the concrete jungle for the Mojave Desert as he makes his Las Vegas debut against the Italian, Nicola Cipolletti.

Vegas has played host to some of the greatest featherweight clashes in history and given the number of Hispanic fighters plying their trade around the lower weight classes, the city remains a natural battle ground. Although Conlan’s growing appeal could well attract more and more big names out to the East Coast, this week should act as a useful scouting mission.

“It’s the first time I’ve ever boxed there. I’ve boxed in Reno – The Biggest Little City in the World – before but never Vegas. I enjoyed it there. It was my first time boxing in Nevada and we boxed in a casino so I thought it was amazing but when you get to Vegas you just think: ‘What the f**k was that place?’” Conlan laughed.

“The only other city you think of boxing in in America is New York and I’ve done that. In terms of big fights over the last few years, Vegas is where it has been.

When people mention ‘The Mecca of boxing’ I do think of Madison Square Garden although I might be a bit biased because I love the Garden. If someone said to me: ‘Where do you want to win a world title?’ the two places I would choose would be The Garden or Belfast.

Vegas is somewhere that isn’t somewhere really close to my heart. I’ve been there before for fights and I know that the atmosphere that can be created there is great. It’s a good place for holidays too so I know I’m gonna have a lot of support there.

“The featherweight division is littered with Latino fighters. Look at [WBA Super champion] Leo Santa Cruz at the moment. I know he’s fought in a few different places but Vegas should really be his base.”

“Vegas is where he beat Carl Frampton. If he fought [WBO champion] Oscar Valdez I couldn’t see him fighting anywhere but Vegas. Look at Manny Pacquaio. When he was fighting the Mexicans it was mainly in Vegas. Vegas is the home of the division really.”