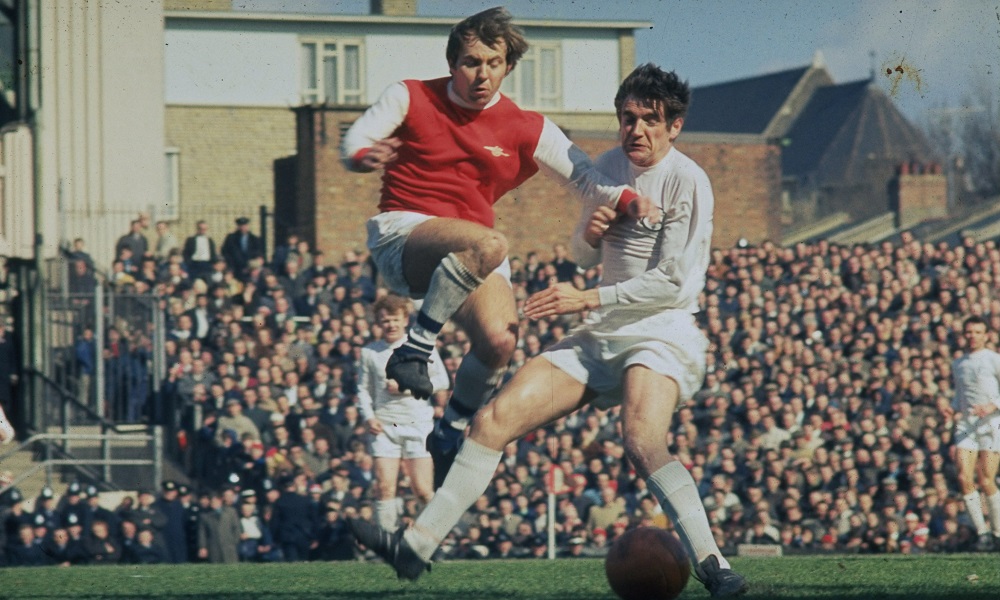 With Leeds United icon Norman Hunter passing away recently, it’s high time for a look back at the career of the famed, fierce centre back.

Hunter earned the immortal nickname “Bites Yer Legs” during his time at Leeds United, the club he served for 14 years. During that time he won the First Division – then England’s top flight championship – twice, in 1969 and ’74, and also tasted triumph in the FA Cup and the League Cup – as well as twice winning the now defunct European Cup competition the Fairs Cup.

Hunter’s fearless approach on the pitch established him as one of England’s most reliable defensive midfielders – and despite a reputation for tough play, he was clearly respected, becoming the first ever recipient of the PFA Players’ Player of the Year award in 1974.

He was a favourite of Don Revie too, with the Leeds United manager frequently heard to say “wasn’t Norman marvellous?” in post-game interviews. Outside of west Yorkshire though, it’s fair to say not everybody viewed Hunter in such a kind light.

In an era when Leeds were hugely successful, but sometimes criticised for the uncompromising nature of their football, Hunter epitomised the side’s dauntless, battling spirit. In layman’s terms, he liked to get involved. Just ask Franny Lee…

Peter Osgood, too; Hunter admitted that after the Chelsea striker annoyed him by having the temerity to taunt him after scoring a goal, he grabbed hold of Osgood’s sideburns and give them a yank. Under the circumstances, Osgood should probably be thankful it was just his sideburns being tugged.

In all, Hunter played 726 games for the Yorkshire club, before going on to spend time with Bristol City and Barnsley towards the end of his playing career. Yet it had all started with doubts about whether Hunter would even make the grade, with the skinny, Gateshead-born teenager being fed an eyebrow-raising concoction of sherry and raw egg in the early days with Leeds, in a bid to make Hunter put some weight on.

Who knows if a grimace-inducing drink like that is really the key to improving your physique, but it didn’t seem to do Norman any harm. Once his career started to flourish, he certainly gave the impression that little ever worried him on the pitch.

There’s a story, possibly apocryphal, that when Brian Clough joined Leeds for his ill-starred, short-lived stint as manager, he told the players that deep down, they all wanted to be liked. “Even you Norman, don’t you?” To which Hunter is supposed to have replied “Actually, I couldn’t give a f*ck.”

Regardless, he was viewed with affection by plenty. Even referee Derek Nippard, the official in charge when Hunter and Lee had their infamous set-to, told a reporter after the game “That Norman Hunter. He’s a lad, isn’t he?”

Hunter himself admitted he could sail pretty close to the wind during his playing days. “That was at a time when you virtually had to commit murder to get sent off,” he told the Independent back in 1999.

“There were two or three incidents when I was reckless and afterwards I’ve looked back and thought, ‘God Almighty, I haven’t done that, have I?’” He had, of course.

Say it ain’t Sou – a brief history of Graeme Souness’ most memorable moments
Out now: All Win FC