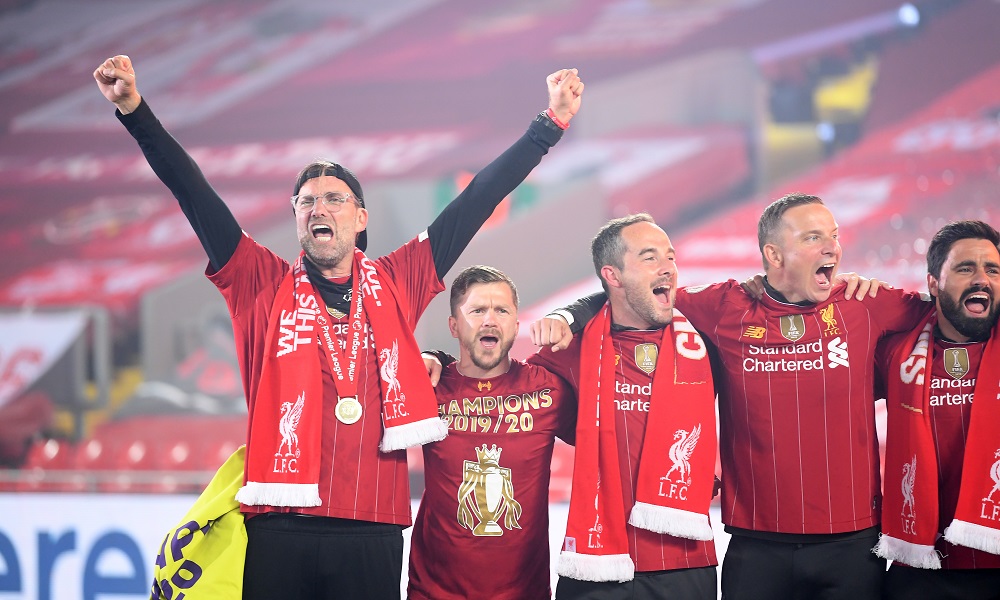 Despite everything – a worldwide pandemic, societal upheaval, Jesse Lingard scoring a goal – in the end, the world of top level football has fallen a little short on surprises in 2020.

There have been exceptions, of course – mainly in England. Liverpool won the top flight for the first time in 30 years, and Leeds United were crowned champions of the Championship to establish their place in the Prem for the first time since 2004.

The chaotic nature of the Championship has been long recognised, and it’s surely testament to Marcelo Bielsa that Leeds could get the job done this season. Similarly, Jurgen Klopp’s excellent Liverpool side caught out those of us who expected Man City to outmuscle the Merseyside team for Premier League glory.

Elsewhere in Europe’s top leagues, though, the status quo has generally remained stubbornly consistent. Paris Saint-Germain were awarded the Ligue 1 championship, after leading the table by 12 points when the campaign was halted in March; In the last decade, PSG have won Ligue 1 seven times. 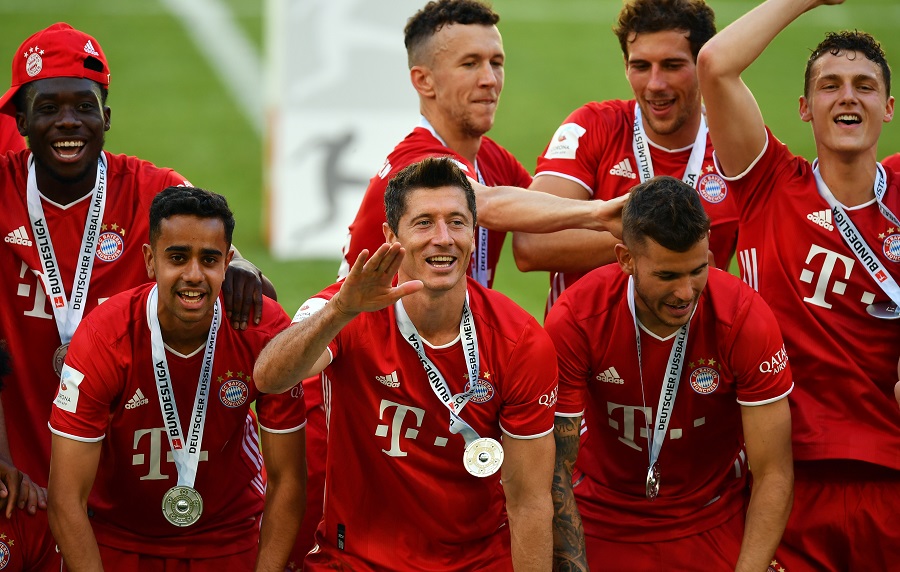 Bayern Munich won the Bundesliga for the 30th time in their history earlier this month, their eighth consecutive title. And it’s a similar story in Serie A, where Juventus won their 36th scudetto on Sunday; it’s the ninth time on the bounce that Juve have won the league.

To be sure, it’s a wonderful moment for Maurizio Sarri, who at 61 is the oldest manager ever to have won Serie A. But what does it say about the league’s competitiveness?

Even La Liga has hardly served up a wildly improbable climax to the season. The likeliest outcome has been replaced by the second likeliest outcome, Real Madrid winning the title instead of Barcelona, with the Catalan club struggling to reach their greatest heights in this campaign.

But if Real are less accustomed to winning the title of late, this is hardly some triumphant underdog story; the Madrid side with a total of 34 league titles have been champions three times in the last eight years (and that’s without even mentioning their FOUR Champions League trophies since 2014). 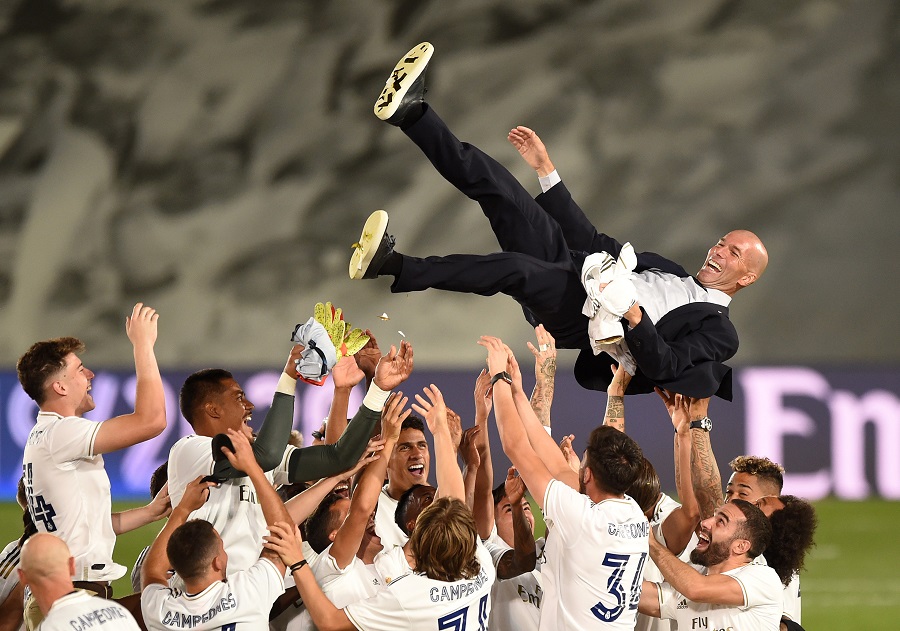 Zinedine Zidane probably does deserve a mention, given the Frenchman was reportedly on the verge of being sacked as recently as last October. That was following a spell where Real had been beaten 3-0 by Paris Saint-Germain in the Champions League, then held to a 2-2 draw by Club Brugge at the Bernabeu, before being beaten in La Liga by Mallorca.

Zizou steadied the ship, however; since the return from lockdown, his team have won all but one of their 11 matches, drawing their final game of the campaign against Leganes on Sunday (having already clinched the title).

So what about the forthcoming campaigns then? If you’re looking to get an early jump on next season, we already have outright betting markets available right now. And in the Premier League, Man City are once more favourites to win the title, the odds compilers seemingly unworried by Pep Guardiola’s side losing nine times in the Prem this season. 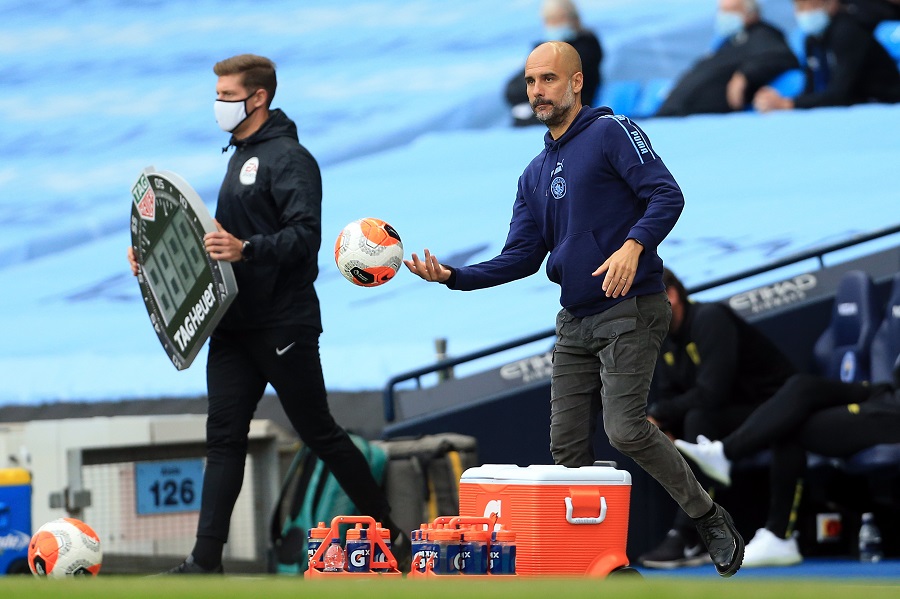 City are 21/20 to win the Prem, with Liverpool 9/5 to claim the title again next season.

In La Liga, Barcelona and Real Madrid can’t be separated at the moment, with both sides evens to win the league; Atletico Madrid are 9/1, if you think Diego Simeone can repeat his feat of 2014.

In Serie A, such is Juventus’ dominance that you may have more joy looking at the Winner without Juventus market; here Atalanta are 21/20 shots, with Inter available at 13/10, and Lazio 4/1 shots.

In the Bundesliga, if you’re looking to back the favourites again, you can currently bet on Bayern Munich at 1/7; Borussia Dortmund are 6/1 second favs, with RB Leipzig available at 20/1 if you’re convinced there could be a shake-up next season.