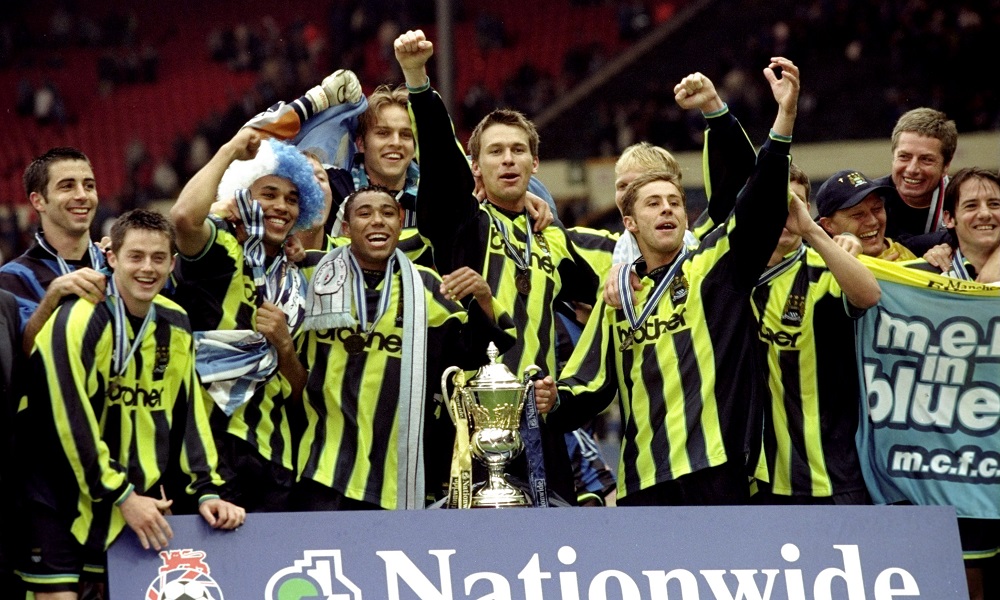 Time for a turnaround? The greatest reversals in English football

For Swansea fans, life is sweet right now – but in Nottingham, you can’t see the duds for the (tricky) trees.

Nottingham Forest endured a dismal climax to their season on Wednesday night, the Championship side missing out on the play-offs in devastating fashion.

The Midlands team went into their final game of the season knowing that to clinch a spot in the top six, they simply had to keep it tight at the City Ground against a Stoke side with nothing to play for – and hope that Swansea City couldn’t rack up an impressive score against Reading.

With 70 minutes played, in each game the score was 1-1 – meaning Forest would have to lose AND Swansea would need to win with a five-goal swing if the Swans were to take the last play-off place.

Yet Forest would slump to a 4-1 defeat against the Potters – making it six games without a win for beleaguered manager Sabri Lamouchi. Meanwhile, Swansea went on to earn a 4-1 victory over Reading to pip Forest to sixth place – and that vital play-off spot.

It’s a bitter conclusion to the campaign for the Nottingham side, who might have still secured sixth place on goal difference, even in defeat, if only they could have scored a second goal.

But perhaps disillusioned Forest fans can momentarily distract themselves from their pain, as we reflect on some more of English football’s most spectacular turnarounds.

In 2020 Manchester City are one of the most powerful clubs in world football, even if they did manage to lose nine league games this season. Go back to the fag-end of the 20th century though, and City were at Wembley, battling for a place in England’s second tier. It didn’t look good for the Manchester side, either.

The 1999 play-off for a place in the Championship saw Tony Pulis’ Gillingham – making their first ever appearance at Wembley – taking on Joe Royle’s City side in a game that has gone down in football history.

Not that it looked like a classic for much of the match; the game remained goalless for 81 minutes before Carl Asaba broke the deadlock to put Gillingham in front. Five minutes later, Robert Taylor would double that lead – and with time running out, it looked as if City’s new dawn was fading.

Wrong, son! Kevin Horlock hit a ball from the edge of the area to give City renewed hope in the 90th minute, before Paul Dickov delighted City and dismayed the Gills in the fifth minute of stoppage time, his equaliser leading to extra time, and then a penalty shootout where the Citizens would ultimately prevail. It’s been onwards and upwards pretty much ever since – but you have to wonder what might have been if City hadn’t pulled this one out of the bag.

A rare delve into the fifties for this one – but it’s worth it. In December 1957, Charlton Athletic played host to a middling Huddersfield Town side that nonetheless looked to have the beating of the South London side.

With Charlton losing their captain Derek Ufton to injury early on, the side had to play with 10 men – subs not being a part of the game back then. After an hour or so, Huddersfield had made their advantage count, going 6-1 up against Charlton for what seemed an unassailable lead.

Yet from that point on, Charlton’s Johnny Summers would come to the fore in astonishing fashion; he had already provided the Addicks’ first goal, and now he scored four more – as well as laying on another couple, the last coming in the dying moments of the match.

Summers had orchestrated one of the greatest turnarounds ever seen in football history to see his team win 7-6. To this day, Huddersfield are the only team in England’s professional leagues to have scored six goals in a game – and still lose.

A past-his-best Wenger performance notable enough to appear in a list of chaotic comebacks – where the Gunners actually walk away the victors? Tell us more, uncle 32Red!

Okay, so in 2012 Arsenal’s status was already in decline. But even so, one could hardly expect the North London side to be torn apart so easily at the Madejski Stadium. By the 37th minute, Reading had scored four goals and the Gunners looked to be heading for a chastening defeat.

But in the dying moments of the first half, Theo Walcott would offer a shred of optimism as he scored the first of what would be a hat-trick for Arsenal. Olivier Giroud would also score for the visitors to get Arsenal back on track, while Laurent Koscielny scored at both ends; the Frenchman’s own goal in the 18th minute was redeemed with a 89th minute goal that paved the way for Walcott’s equaliser in the 6th minute of stoppage time.

In extra time, Marouane Chamakh scored twice for the Gunners as Walcott claimed his third of the night, with Reading’s Pavel Pogrebnyak adding a fifth for the home side – small consolation for the Royals, with a final scoreline of Reading 5, Arsenal 7. But it turned out that Wenger’s side, too, were merely staving off the inevitable. In their next tie in the quarter-finals, the Gunners were held to a draw and beaten on penalties by Bradford…

Back in the days when Man United were irritatingly, consistently good, it was always a pleasure to see them take a rare pasting. Tottenham’s first half performance against United suggested a fine afternoon in prospect, then.

Spurs went 3-nil up in the first half, Dean Richards netting in the 15th minute for his debut goal for Glenn Hoddle’s team, before Les Ferdinand and Christian Ziege both added goals of their own to leave the home side sitting pretty at half-time.

Alex Ferguson must have found some warm, encouraging words to galvanise his side during the interval, however. Within 45 seconds of the game resuming Andy Cole had scored, while Laurent Blanc, Ruud van Nistelrooy, David Beckham and even Juan Sebastian Veron would all find the net for United in the second half.

The match ended 3-5, United making a mockery of that early Spurs superiority. Fergie himself would point to the presence of Ole Gunnar Solskjaer as the catalyst for victory, the Norwegian having come on at the start of the second half to help United turn this one around.

As for Hoddle, he reckoned his side might have been better off if they’d only scored two goals in the first half – suggesting the third had infuriated Fergie, thus sealing Tottenham’s doom. Turns out 3-0 is the most dangerous lead in football…