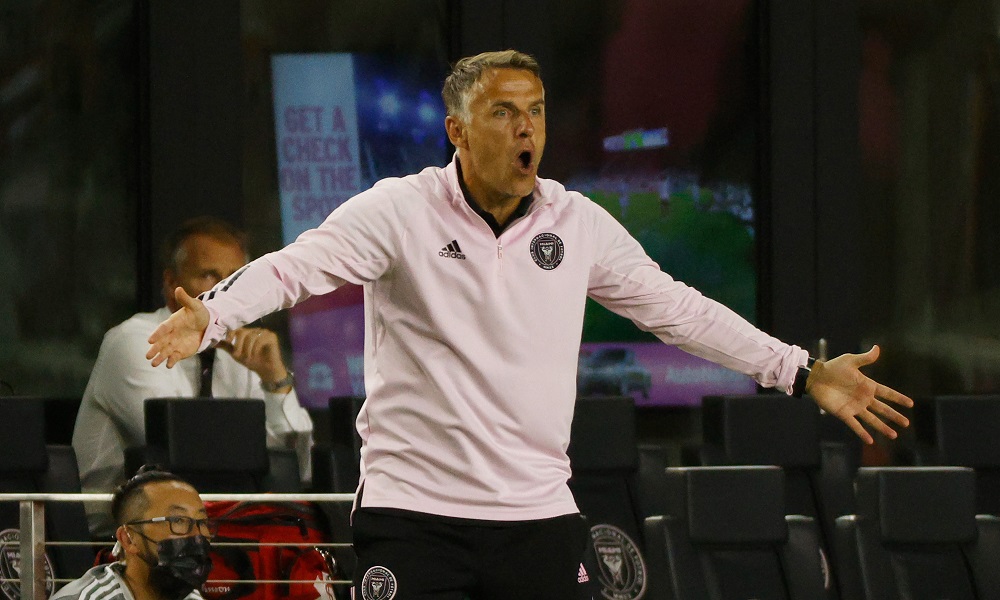 It’s fair to say Phil Neville’s attempt to reboot his managerial career isn’t going great. On Wednesday, the former England Women coach saw his Inter Miami side beaten 5-0 at home at the DRV PNK stadium. You can bet on Major League Soccer here

Head coach Neville has now lost six straight matches on the bounce, with Inter mustering just a single goal in their last 540 minutes of play.

Inter are currently rock bottom of their division too – and with the worst record of any of the 27 sides in Major League Soccer. Although since this is football American-style, at least Phil doesn’t have to worry about relegation. Less optimistically, his chances of making it to the end of the season don’t look great.

The Miami side’s most recent drubbing was inflicted by Eastern Conference leaders New England Patriots, superstar names Arnor Ingvi Traustason and Adam Buksa each collecting two goals apiece. Meanwhile, poor old Phil has to try to get a tune out of the likes of Gonzalo Higuain and Blaise Matuidi.

After the game, Neville suggested his players should “take a long hard look at themselves”. But it’s difficult not to make the obvious observation that the coach bears responsibility here too.

Neville has been manager of Inter Miami since January – and with the season getting underway back in April, the Englishman has been in charge for 12 competitive games, winning just twice during that period. 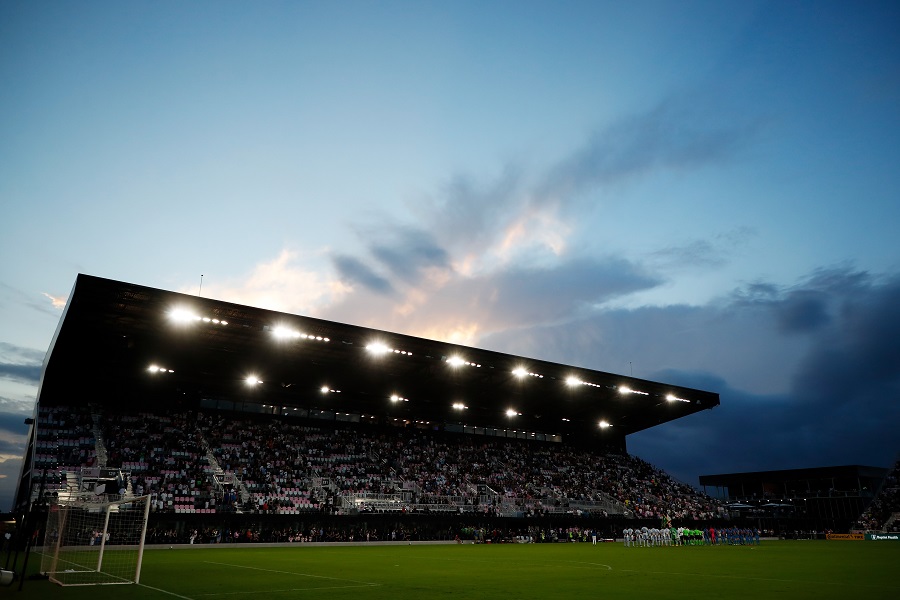 While Neville’s future prospects must be in question, he does have the advantage of enjoying a close friendship with owner David Beckham. But even that relationship may not be enough to keep Phil afloat in Florida, should the side continue to flounder.

In January, Beckham insisted Neville’s appointment in the role had been based entirely on merit, telling reporters “It’s nothing to do with him being my friend. We employ the best people, whether it’s on the field, off the field, in our backroom staff (…) We are running a serious soccer club here.”

Current results will hardly help to back up that assertion. It’s not exactly the first time Neville’s ability as a coach has been called into question, either.

The 44-year-old’s tenure with the England Women’s football side didn’t improve Neville’s renown as either a tactician or a motivator, and Neville was surely delighted to step down from that position to embrace life in Major League Soccer.

But while the former Manchester United and Everton player hoped to rebuild his reputation with a stint in North America, it seems the Miami lifestyle just isn’t working out. Being buddies with the owner only gets you so far, it seems…

The Kane conundrum: where will Harry play next season?
Pog off? Paul Pogba reportedly turns down new £350,000 a week deal with Man Utd