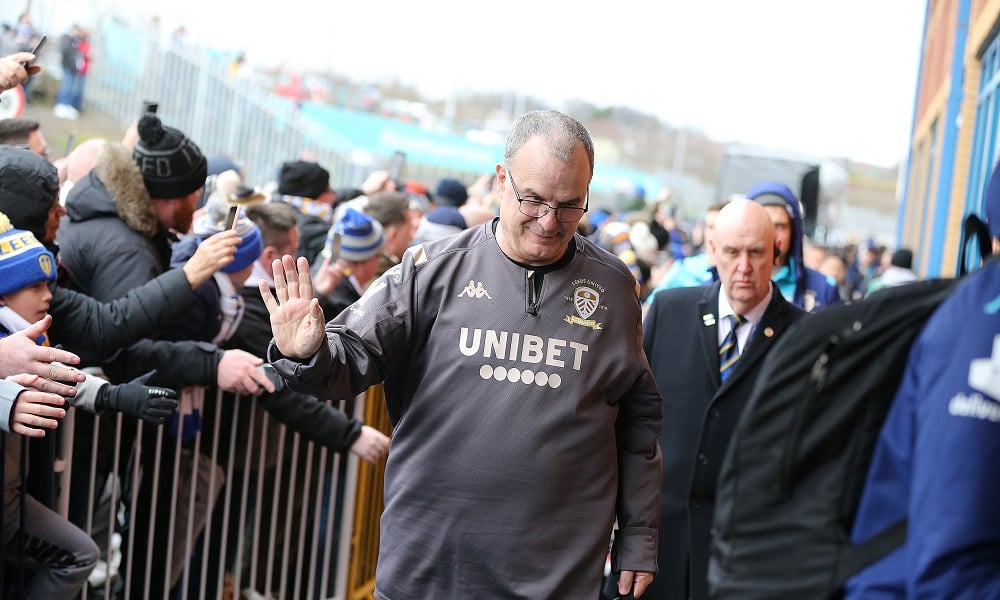 The Premier League’s back, baby, and I for one am excited. How long that excitement lasts could be dependent upon results, however – and for Fulham fans, the initial intoxication could fizzle out rather quickly.

The newly-promoted West London side get their campaign underway at Craven Cottage against an uncommonly optimistic Arsenal on Saturday. For the Gunners, life is good right now, the side having just won the FA Cup, with young manager Mikel Arteta commanding respect, and Pierre Emerick-Aubameyang about to sign a new contract.

Arsenal’s upbeat mood could translate to a difficult start to the season for the Cottagers. Fulham lost their opening day fixture 2-0 at home to Crystal Palace two years ago, last time they were in the Prem, and while Scott Parker did a fine job earning promotion from the Championship, it’s clear that Fulham look outclassed in this London derby.

Last time the two sides met, in the 2018-19 season, Arsenal won 4-1 at home and 5-1 at the Cottage. This could be another goal-packed showing for the Gunners.

Back Arsenal to win and over 3.5 goals in the Total Goals market for a combined 14/5.

Whether they’re winning 1-0, losing 1-0 or seemingly just attempting to deny the existence of goals altogether, Palace generally tend to be among the drabbest of Premier League sides.

They’re currently on an eight-game run without victory that includes a seven-match losing streak, and it’s difficult not to think that the ebullient Ralph Rabbit-Hutch (that’s what Hassenhuttl means in German) will fancy his chances here. Indeed, Saints won 2-0 at Selhurst Park in January.

Since the restart in June, Southampton have lost just one match too. I’ll happily take the Saints to get the away win here.

Potentially the game of the weekend, Leeds’ long-awaited return to the Prem gets underway against the reigning champions at Anfield – where Liverpool haven’t been beaten in the league since Crystal Palace somehow turned them over back in 2017.

Marcelo Bielsa is not known for modifying his approach, no matter who the opposition – so will that result in an incredible upset, or a reality check for the widely admired Argentine?

Personally I’m tempted to back the draw at 27/5 just because I want to believe in Bielsa – but it’s a difficult bet to justify, looking at the gulf in class between the two sets of players. Still, in their last six league matches at Anfield, Liverpool have conceded on four occasions, with Burnley, Bournemouth and West Ham all hitting the back of the net.

Both teams to score looks a decent bet, then. Otherwise, it’s hardly a sure thing – but if Leeds do score, perhaps it’ll be new signing Rodrigo having a dream debut…

With even West Ham captain Mark Noble voicing his disillusionment about the direction of the club, it’s tough to be hopeful about the Irons’ hopes this season. Still, at least Newcastle make for similarly embattled opposition, the dreams of an end to the Mike Ashley era coming to naught this summer.

Steve Bruce has done a better job than many expected with the Magpies, but they are hardly a model of consistency. West Ham might be able to give David Moyes something to smile about here, starting the season on the front foot.

Leicester’s record on the road is surprisingly poor of late, the Foxes’ last away win in the league coming on New Year’s Day, when Brendan Rodgers’ side gave Newcastle a shoeing.

Since then, generally it’s been a puzzlingly poor showing for Leicester, the team even getting beat 4-1 by Bournemouth towards the end of last season. Maybe the new season will provide the impetus for Rodgers’ team to show their true potential once again, but on recent evidence I think there’s a good chance Slaven Bilic’s Baggies can get at least a point out of this, so…

Back West Brom or the draw in the Double Chance market at 22/25.

Everton have made some eye-catching purchases this summer, chief among them the acquisition of 2014 World Cup golden boot winner James Rodriguez. But with a great future behind him – the 29-year-old midfielder scored one goal last season for Real – maybe it’s best if fans of the Toffees temper their expectations for the time being.

Everton won just one of their last six games of the previous season, with their final match of the campaign seeing them turned over 3-1 at home by the relegated Bournemouth. The Merseyside team may yet begin to impress under Carlo Ancelotti, but for now, they have something to prove.

So does Jose Mourinho of course, even if the Portuguese would never admit as much. The Spurs manager’s charisma is undeniable – but is his tactical acumen as astute as it once was, his authority as unshakeable as in his glory years?

Maybe not. For all that, you at least get the impression Mourinho runs a far tighter ship than cuddly Carlo – and I think that might be reason enough for Tottenham to win this one.