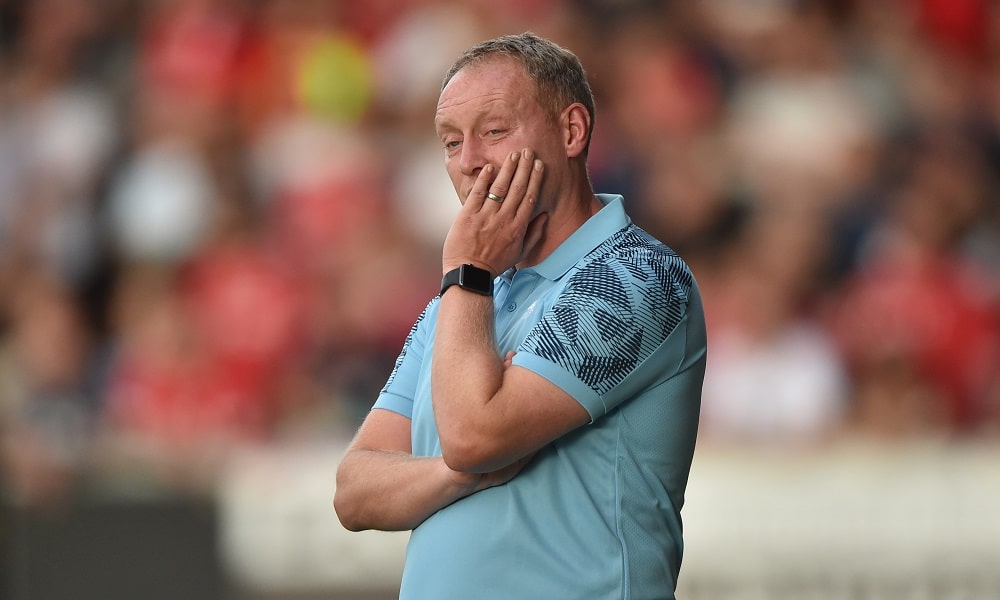 Villa have looked all kinds of bad this season – right up until they held Man City to a draw last time out. Huh.

Does that hard-fought point signal that things are about to take a more positive turn for Steven Gerrard’s side? It’s probably a mistake to read too much into the performance against City. There again, Villa’s opponents this week are not a side to put your faith in either.

Southampton are just about the most erratic side in the Prem, Hasenhuttl pulling off the odd eye-catching win whilst also often helpless to avoid leading his side to a painful drubbing.

It would be foolish to pretend there’s an obvious outcome here. But maybe expecting goals is reasonable.

Saints have seen at least three goals scored in four of their league games so far – and have conceded in each of their last 12 games in the Prem. Villa should be able to find the net against this side, at least.

This feels like a must-win for Forest. The promoted side have lost their last three matches – including most recently to fellow promoted side Bournemouth. Forest were leading 2-0 against the Cherries and ended up losing 3-2. That’s going to leave a mark.

Now the Tricky Trees face another newly promoted side – and if Fulham aren’t exactly flying, they’ve been solid enough.

The Cottagers also beat Forest 4-0 at the City Ground in the Championship last season. So with the international break looming, can Marco Silva’s team pile the pressure on Forest?

Cooper is widely well regarded after the job he did with Forest last season. But the club are also currently 19th in the Prem. And owner Evangelos Marinakis may not be especially sentimental about sacking even well-respected managers.

It’s perhaps no shock that a side that’s been hastily rebuilt through a glut of transfers is not quite gelling at the moment. Will the team click here? Perhaps, but it doesn’t seem like something to depend on.

As for Fulham, they’ve scored in all but one of their Premier League matches this season. They’ve drawn against Liverpool, beaten Brighton and given both Spurs and Arsenal a decent contest. At 6/4 to win, they look a pretty good thing here.

Aleksandar Mitrovic is the man to find the net, meanwhile; Fulham’s once-mocked striker has scored in all but one of his league games this season. Only Erling Haaland is ahead of the Serbian in the goals tally this campaign, with ten to Mitrovic’s six.

Put some respect on Mitrovic’s name – and, if you’re up for a flutter, put some money on Mit to score against Forest. Mitrovic is 18/5 to score the opener. He’s done so in two of his last three matches.