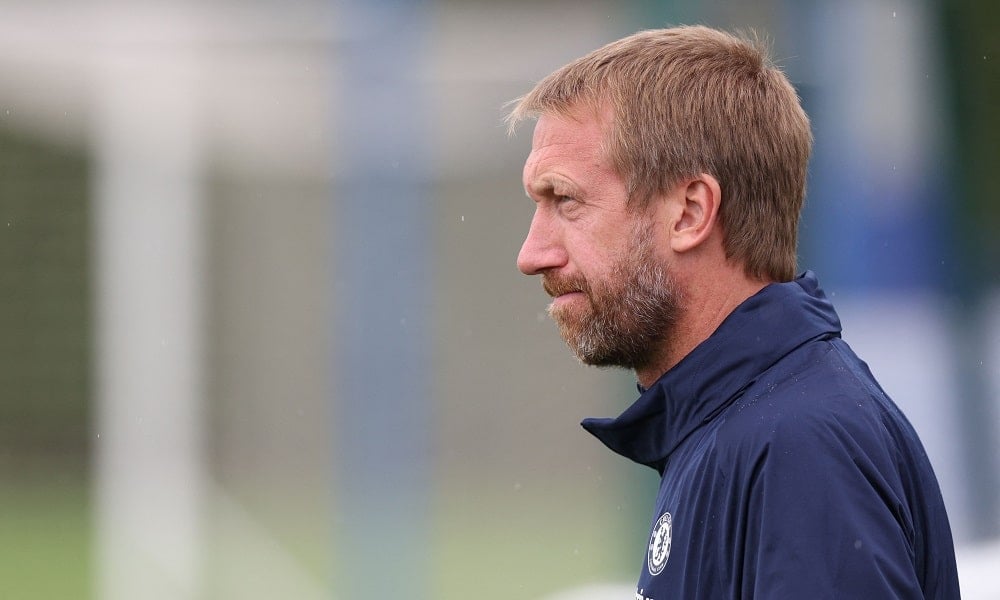 After defeat to Dinamo Zagreb saw Chelsea say ta-ta to Thomas Tuchel, the Graham Potter era begins. It’s his first game in charge – and his first time even attending a Champions League match, apparently. Can the former Brighton coach steer his new side to victory?

RB Salzburg held AC Milan to a draw in their opening fixture last week. Can they continue to impress on a visit to Stamford Bridge? While Chelsea have not been at their best in recent weeks, they remain unbeaten at home this season.

Still, the visitors did hold Bayern Munich to a 1-1 draw in this competition last season. Though it’s worth remembering that  in the second leg of the encounter, Bayern won 7-1 on home turf.

It seems likely that Potter’s new methods may take a while to bed in – which is not ideal, given his predecessor came in mid-season and then seemingly breezed to glory in Europe’s biggest club competition.

Still, some Chelsea players were reportedly tired of Tuchel. If that’s the case, perhaps they’ll immediately respond positively to the arrival of the new boss, even if there’s been little time for Potter to convey his philosophy.

Let’s be honest, these are pretty uncertain circumstances. Chelsea have scored twice in each of their last four home games, though – with three of those finishing as 2-1 wins. If you think the trend continues here, the 2-1 win on Wednesday night is available at 15/2.

Less specifically, Chelsea to win and Both Teams To Score is a 19/10 shot, which looks like a possibility, given Salzburg scored in all but one of their Champions League encounters last season.

Dortmund lost on the road to RB Leipzig in the Bundesliga at the weekend – not exactly the confidence-booster coach Edin Terzic will have been hoping for ahead of this game.

These two sides met in this competition last season, Man City winning both clashes 2-1. Not everything has gone City’s way so far in this campaign, but the side looked ominous as they eased to a 4-0 win over a poor Sevilla last week.

And of course, Erling Haaland scored a brace. He may not do that every week in the Champions League – but he has scored in all but one Prem & CL match so far this season, and four of those six matches saw him score more than once.

Right now, multiple goals is the norm, not the exception with Haaland. The Norwegian is 21/10 to score at least two goals against his former club on Wednesday.

But even if you think the striker is due an off-night, chances are somebody else can pick up the slack. In three home games in the Prem this season, Pep Guardiola’s side have scored 14 goals. With that fearsome record, it may be worth combining City to win and over 3.5 goals for an Evens double.