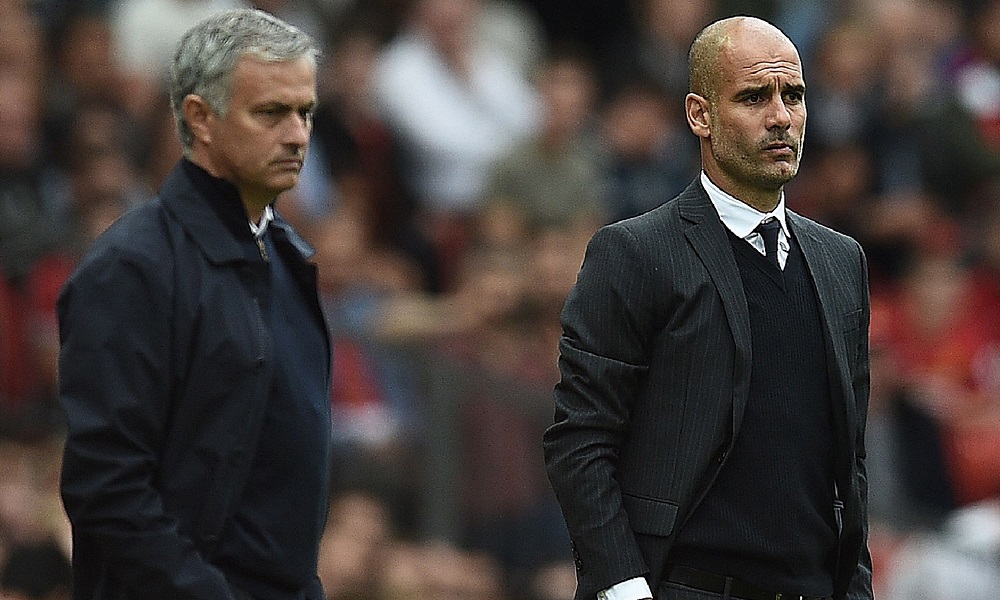 Old rivals Pep Guardiola and Jose Mourinho face off in the Premier League on Thursday, with just a point separating them.

Mourinho chose to take time off from his long-running feud with Guardiola in the run-up to this game, instead focusing his ire on some of his own players. The Portuguese apparently feels he’s been let down by some of his players’ refusal to play through their injuries.

Mou was referring to Chris Smalling and Phil Jones, but the manager will also be without star striker Zlatan Ibrahimovic, out for the rest of the season, and Paul Pogba. The Frenchman may have failed to make the impact his world record transfer fee would merit, but he’s still a big miss for United.

The two Manchester sides each retain the hope of a top four finish, thus securing a Champions League place.

United made short work of Burnley at the weekend at Turf Moor, and are still on a mammoth unbeaten run in the Prem, their last defeat coming way back in October.

City have sometimes come unstuck against sides willing to go at them in this campaign – but their record at the Etihad is strong, with just one loss all season (to Chelsea).

With neither team wanting to contemplate defeat, and United racking up plenty of stalemates this season, perhaps honours even is the way to go – particularly given United’s likely ‘safety first’ attitude, given their missing players. You can back the draw at 27/10. A win for City is available at 87/100, while the United victory can be backed at 13/4.