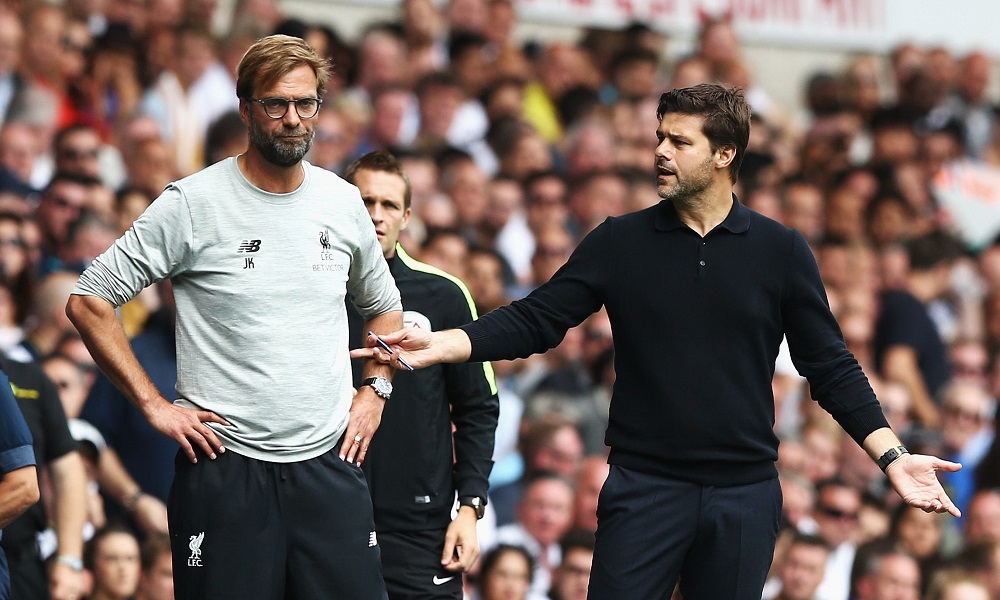 Friday night football gets the weekend of Prem action underway, with Ralph Hasenhuttl desperately trying to steer Southampton back on song, the side having slipped towards the relegation zone.

The Austrian came to the Prem with a reputation as an up-and-coming coach, but Southampton haven’t won at St Mary’s since April, while high-flying Leicester have lost only twice this season – to Man Utd and Liverpool.

If the Foxes can nick a win here, it wouldn’t be the biggest shock – they won 2-1 last season in the corresponding fixture, and drubbed the Saints 4-1 at the same fixture in 2017. Back Leicester at 13/10 to take all three points.

There’s been a few unexpected hiccups for Pep Guardiola’s side so far this season – while Villa have scored seven in their last two games! Could this be another shock shellacking for the reigning Premier League champions?

You’d think not. Whatever the quirks of recent results, it’s tough not to fancy City to swat the visitors aside. The odds for an outright win are priced accordingly, though.

If you prefer a proper gamble that could just pay off, consider backing Jack Grealish to score for the visitors. He has three goals in his last four outings, and the chance to showcase his considerable ability at the Etihad will surely appeal to the exhibitionist in this young talent. Grealish is 8/1 to score at any time.

The Seagulls had a few things go against them last time out, with Graham Potter’s side looked good for a point against Villa despite playing more than half the match with 10 men. That was before Matt Targett scored in stoppage time for the Villans to take the win.

Aside from Brighton’s eye-catching win over Tottenham, the south coast side haven’t managed any other home wins in the league since Potter took over, though. Everton have got their own problems, even if a win over West Ham last time out might eased the pressure on manager Marco Silva a tad. With neither side currently filling us with confidence, perhaps the draw is the smart call at 23/10.

The Hornets earned a draw against Spurs last time out, which may be cause for mild relief but might not tell us much – Tottenham have generally been so rotten of late, who knows if that result means anything.

Watford are still without a win in the league, but the Cherries are going through a lean spell of their own, failing to get on the scoreboard in three of their last four matches. Bournemouth, though, are at least capable of putting on a show on a good day – they spanked this side 4-0 in this fixture a year ago – and it might be worth taking a chance on Eddie Howe’s men to nab victory here at 9/4.

Having beaten Man Utd to earn plenty of plaudits a month ago, the Hammers have been haemorrhaging points since then, with one draw and two losses in the three league games that have followed. Last time out, the East London side were truly diabolical against Everton – can they arrest their decline against the Blades on Sunday?

Sheffield United may be in bullish mood after taking the win against an underwhelming Arsenal on Monday – but perhaps looking at the BTTS market is a better way to go here.

In Sheffield United’s last six games in all competitions, both teams to score has not landed, with five of those encounters featuring one goal or fewer. Backing No on BTTS might be the canny move at 59/50, or you could also consider backing under 1.5 goals at 14/5 in the Total Goals market.

With six wins for Chelsea on the bounce in all competitions, everything’s coming up Lampard right now. Will fun-time Frankie keep the winning streak going against Burnley?

Chelsea’s record at Turf Moor is outstanding, with four of their last five visits ending in wins for the Blues. Last season the West London club won 4-0, and with Chelsea’s collective mood presumably pretty chipper, it’s not a stretch to see another victory for the Londoners. Back them to win this one at 3/4.

If Wolves can beat Man City 2-0 at the Etihad, they should at least be able to get a point at St James Park, no? It’s true that the Midlands side seems to fare better against the bigger clubs – and long slumbering giant Newcastle don’t really fit that description.

But with the Magpies so far winning just one game at home in the league, I’d rather back a Wolves team that are unbeaten in their last seven in all competitions. Nuno Santo’s side are quietly building momentum and are currently slight favourites to win this one – back them at 13/8.

Pony against Sheffield United, victorious but pretty fortunate with it in the Europa League on Thursday, Unai Emery’s stock with Arsenal supporters is plummeting, with fans mystified by decisions like leaving Dani Ceballos on the bench, or the freezing out of the admittedly divisive Mesut Ozil.

In short, the Gunners don’t appear to have improved since Arsene Wenger left the club, and may be falling further away from the Prem’s primary contenders. Does that mean Palace can capitalise on Sunday? Let’s not go crazy – for all the moaning, Arsenal have won their last five matches at the Emirates.

Still, Palace won this fixture 3-2 back in April, and I’m finding it tough to rule them out completely, having factored in Arsenal’s last few performances – so maybe goals is the way to go. Each of the last four games between these sides has yielded four or more goals – you can back over 3.5 goals in the total goals market at 5/4.

The biggest game of the weekend sees Liverpool attempt to bounce back from the shock of two dropped points against Man Utd last weekend. If Jurgen Klopp’s team were a little flat against their hated rivals a week ago, they’ll be doubly keen to win again at Anfield – and Tottenham have proved obliging opponents of late.

True, Tottenham did score five against Red Star Belgrade in the Champions League on Tuesday, but surely that’s not enough to convince Pochettino that the North London club are firing on all cylinders. After a brutal loss to Brighton and a draw against lowly Watford, Spurs will need to up their game considerably if Liverpool are anything like on top of theirs.

Liverpool have won all four of their home games in the league in both halves this season – back them to win both halves again this week at 6/5.

Sunday’s football concludes with the Canaries looking to bring Man United down. It won’t be easy for Daniel Farke’s team, though, who sit 19th in the league and were stuffed at home 5-1 by Aston Villa earlier this month.

United appear so brittle that it’s easy to imagine them taking one step forwards, one wobble backwards again after last week’s draw against Liverpool. Utd led for the majority of that game, but when Liverpool belatedly got back into the match with a late goal you could sense the anxiety from Ole Gunnar Solskjaer’s team.

I honestly wouldn’t be surprised to see United drop points here, but it’s difficult to be too gung-ho about Norwich either – perhaps looking to the Total Goals market is the safer bet. With United, remarkably, having failed to score more than one goal in any game this season since their opener against Chelsea, backing under 2.5 goals could pay off at 5/4.

The fault in our VAR – why the Video Assistant Referee is wreaking havoc with football
Captain Chaos: With Xhaka & Arsenal at loggerheads, 4 more captains & teams that fell out