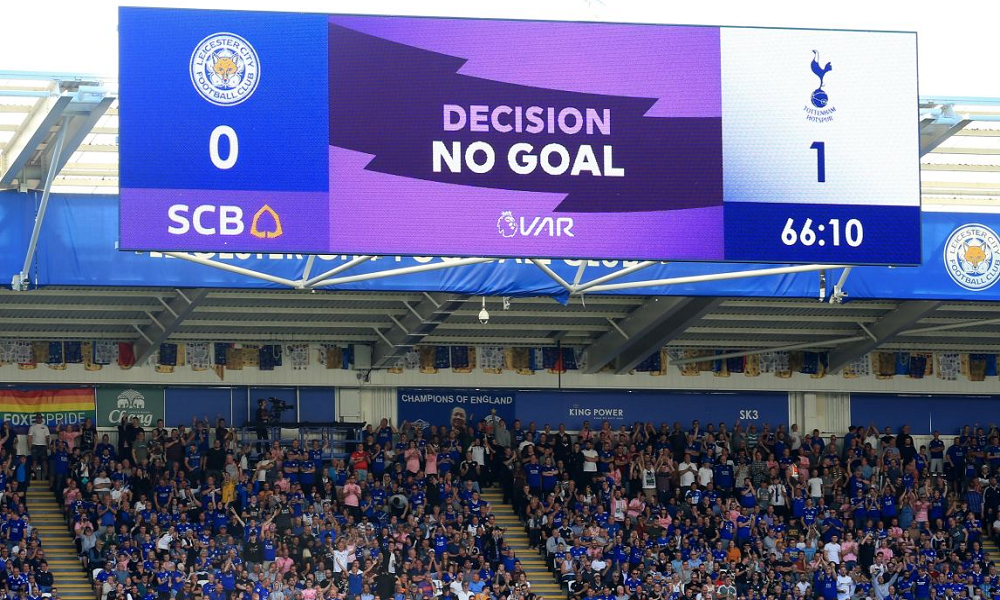 Video technology was supposed to eliminate controversy from the world’s favourite game. Instead, it is infuriating fans – and, its critics argue, damaging football. Is it time to say au revoir to VAR?

The Video Assistant Referee system came to the Premier League at the start of the 2019/20 season – and its arrival has not been an unqualified triumph. Amusingly, the people behind the system say its philosophy is “minimal interference, maximum benefit”, which at least suggests those wacky guys have got a sense of humour.

Because as we’ve seen, even the relatively basic objective of arriving at the correct decision is not guaranteed with VAR – see the Manchester United v Liverpool game at the weekend for proof of that.

If you missed it, Marcus Rashford scored for United, with a double-check on VAR following – and while pundits and fans watching the footage were under little doubt that a foul had been committed moments earlier, the goal was nonetheless allowed to stand. Presumably because the fellow in charge of operating the VAR system didn’t want to overrule referee Martin Atkinson.

VAR wasn’t exactly a game-changer in that situation, then – yet when the system is implemented correctly, tackling a decision that’s been missed, the result can feel niggly, pedantic – an affront to footballing justice, even.

It’s harsh, for instance, to see Wolves’ Leander Dendoncker score against Leicester in their opening game of the current season, only for VAR to nerd its way into the picture, pointing out an unintentional handball in the build-up that self-righteously strikes the goal from the record. 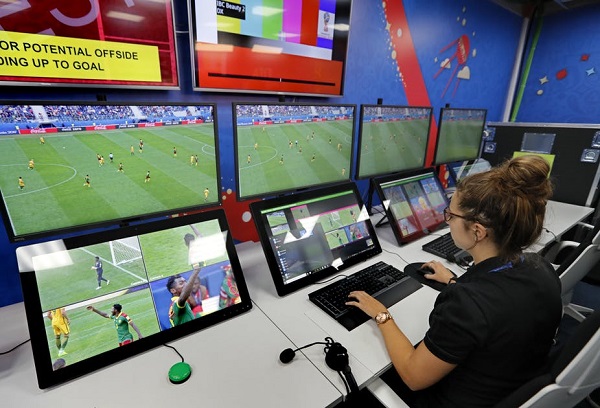 That outcome is technically a result of the rules, rather than VAR itself. Still, a perfect storm of unnecessarily fastidious laws and unrelentingly precise technology makes for a peculiar kind of tyranny on the football pitch. By any common sense-related yardstick, Dendoncker’s goal should surely have stood.

That disappointment isn’t an isolated incident, either. A week later, Man City’s Gabriel Jesus was delighted to score what he assumed would be a stoppage time winner, dancing with joy in front of the supporters, opposition players accepting the goal as valid – only for VAR to weigh in once more, taking an age to decide (correctly, admittedly) that Aymeric Laporte had committed a handball immediately prior to Jesus’ strike.

Before VAR, a referee or linesman might speedily rule out a goal for offside or foul – now, the process can take what feels like long minutes of analysis, as the release of emotion that greets a goal gives way to anxiety and uncertainty.

Maybe complaining about a system getting something right is our problem, not VAR’s. But even if the technology is used to make the right call, its effect on the match-going experience is definitely jarring. While a vocal section of football fans would clearly like to see it scrapped altogether, though, it’s also fair to conclude that any new system will have teething troubles. The theory is that continued use of the technology will see VAR perfected, hopefully resulting in fewer controversial calls – and less annoyance for the supporters.

It’s not just the fans who are fed up, though. Back in January 2019, in the Carabao Cup semi-final between Tottenham and Chelsea, VAR ruled that Harry Kane was onside as he was fouled by Kepa in the box; a penalty ensued.

But in a post-game press conference, Chelsea boss Maurizio Sarri produced a laptop displaying a new camera angle, suggesting Kane had actually been offside at the moment of contact. Even one of the beneficiaries of the decision, Mauricio Pochettino, said afterwards that he was “unhappy to win the game like this. I don’t like VAR. It is a system that sometimes kills the emotions.”

Perhaps it’s just human nature to complain about any given situation – it’s not like, pre-VAR, referees were held in the greatest esteem by the public, after all. But when a system is brought in to try and improve a situation, and winds up making it even more contentious – well, maybe a rethink is required.

Then again, perhaps the point of VAR is simply to try to minimise the amount of flak officials receive, cunningly directing supporters to focus their frustration on impersonal technology instead.

Irritating when it gets things right, wholly capable of getting things wrong – football’s authorities may have hit upon the perfect patsy for anyone outraged by iffy decisions. As a system of enforcing rules, VAR may need a little fine tuning. As a lightning rod for livid football fans, it’s undeniably effective…