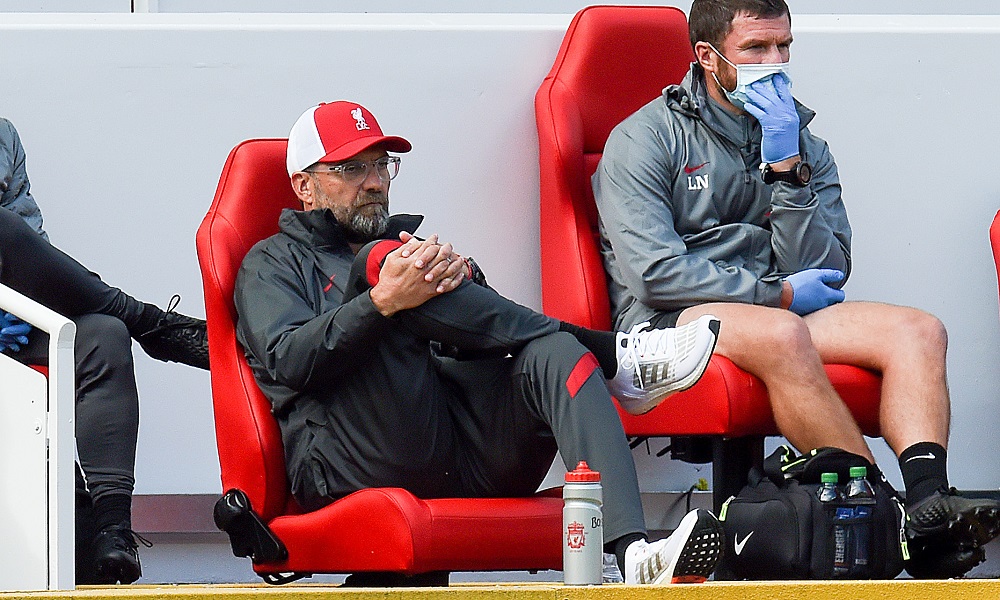 After an inspired performance against Tottenham last week – or maybe it was just Spurs’ own lacklustre performance that made Everton look so good – the Toffees must surely look like shoo-ins to win this one.

Newly promoted West Brom were comfortably beaten by Leicester last week, and this could be another thankless outing for the Baggies. Everton are 13/5, with the visitors 11/2, and the draw a 33/10 shot. If you’re looking for a little extra juice while backing the home side, you can get 8/5 on Everton to win to nil in 32Red’s Match Events section.

Two newly promoted sides resume hostilities with one another this week – and the pair were off to contrasting starts to this Premier League season last time out, even if the end result was the same.

Leeds went toe-to-toe with Liverpool, eventually losing 4-3 after giving away a spirit-breaking late penalty; as for the Cottagers, they were soundly beaten 3-0 by Arsenal. The obvious conclusion is that Leeds should win this one, and they are 3/5 to do so; Fulham are 24/5 if you think the West London side can cause an upset, with the draw a 29/10 shot.

Otherwise, Leeds striker Patrick Bamford isn’t necessarily known for being the most prolific of forwards – but he did net against Liverpool last week, and also scored in each league meeting with Fulham last season. Bamford is 29/20 to score at any time here.

Palace have begun their season in indisputably Palace fashion, a 1-0 win against Saints on the opening day followed by a 0-0 draw with Bournemouth in the Carabao Cup on Tuesday. Will this be another grinding performance short on goals? Well, actually Palace did win this one last season 2-1…

If you think Roy Hodgson can repeat that feat, you can back the visitors at a tasty 17/2. United, who haven’t lost in the league since January, are 8/25 to take the W, and the draw is 23/5.

Other betting opportunities? Well, Bruno Fernandes was revelatory when he joined United after Christmas, and finished the season with eight goals in 10 matches. If you think he can pick up where he left off, he’s 6/5 to score at any time on Saturday.

Arsenal started their campaign in joyous, life-affirming style last week; West Ham did not. So it seems a tall order for David Moyes’ team to overcome this Gunners side that have a real spring in their step.

Under the circumstances, anything other than a win for Mikel Arteta would be a surprise. And even if striker and all-round dude Pierre Emerick Aubameyang can’t score in every single game, he must fancy his chances in this one – and may feel particularly up for it, given he just signed a new deal a few days back.

That said, Arsenal are 8/15 to win, with Aubameyang just 4/6 to score at any time. Perhaps taking the chance that Auba can open the scoring is worth a shout – he’s 23/5 in the first goal scorer market. West Ham are 24/5 to win, which I’m mentioning on the basis that you might know something we don’t; the draw is a 7/2 chance.

Saints are widely expected to build on last season’s promise – but in truth they were a rather Jekyll and Hyde affair in the last campaign. Southampton fans enjoyed some decent performances under Ralph Hassenhuttl – but the side’s famous 9-0 dismantling by Leicester was hardly the only bum note.

It’s not been a dream start to the new campaign, getting beat by Palace on the opening day and then losing 2-0 to Brentford at St Mary’s midweek. Saints face a Spurs side who critically mauled for their risible showing against Everton, and you have to think Mourinho will demand a response here.

Gareth Bale looks to be returning to north London – and while he obviously won’t be back in time for this match, maybe Spurs can garner some further positivity with a decent showing against a Southampton side that don’t always deliver.

Southampton are 11/5 to win, with Tottenham the favs at 13/10 – and the draw a 47/20 chance. Son Heung-Min is a 9/4 shot to score at any time, and might be a better shout than Harry Kane, given the England man’s tendency not to start the season with many goals. That said, Kane did convert a pen in the Europa League on Thursday – he is 13/10 to score any time here. For Southampton, last season’s MVP Danny Ings is 7/5 to find the net here.

The Magpies started brightly against West Ham, but will they be able to keep that momentum going against Graham Potter’s side, who lost to Chelsea but nonetheless looked fairly decent in their opener? The odds compilers can’t separate the two, with both Newcastle and Brighton 7/4 shots to win this one. The draw is available at 11/5, and given the last three meetings between these sides have ended in stalemate, perhaps another tight affair is on the cards.

Indeed, last season’s two encounters between these sides yielded zero goals; what’s more, 10 of the last 11 games between these teams have featured two or fewer goals. Trends always end at some point of course, but there’s plenty of evidence to believe this one could be cagey. You can get 13/2 on this match ending 0-0, or 7/4 in the Total Goals market on the game ending with under 1.5 goals.

With Lampard’s touchline spat with the Liverpool bench at the end of last season, and Klopp’s recent criticism of Chelsea attempting to spend their way to success, this one is developing into a tasty rivalry.

Let’s hope the excitement isn’t confined to managerial spats though; both sides have won their opening games this season, but Liverpool were made to work for the win against Leeds, while Chelsea’s win over Brighton wasn’t quite the dazzling affair promised by all the recruitment activity over the summer. Perhaps against the reigning champions – and a team that Lamps seems to have a bit of a problem with – Chelsea will strive to put on a more illustrious display.

Chelsea are 11/5 to win, Liverpool are the favourites at 23/20, and the draw is an 11/4 shot. New Blues striker Timo Werner, so deadly last season, is 31/20 to score at any time here, for what would be his first goal for Chelsea. And remember, last time these sides met the score was 5-3 to Liverpool – could this be another high scoring thriller? Over 4.5 goals is a 7/2 shot…

Burnley haven’t beaten Leicester in the Foxes’ backyard once in the last decade; Sean Dyche’s side are 19/4 to win on Sunday and end that run, with Leicester clear favs at 16/25, and the draw a 29/10 shot.

Jamie Vardy is still the likeliest man to score the winner, popping up with two goals last week; the 33-year-old often tends to enjoy decent scoring streaks too, so it’s easy to fancy him to find the net here; Vardy is 19/20 to score at any time.