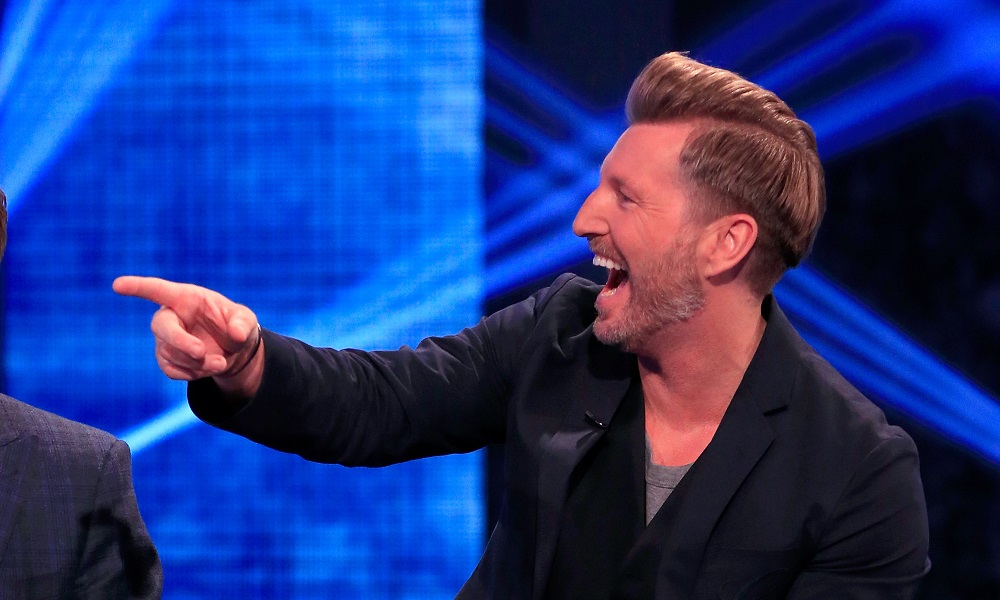 Robbie Savage – a warning from history

It’s widely agreed that Mo Salah is a pretty good player. To date, the Egyptian King has scored 91 goals in 143 appearances for Liverpool since he joined from Roma in 2017.

And having recently scored his 70th league goal in his 100th appearance for Liverpool in the Premier League, Salah is widely recognised as one of the most accomplished goal scorers in world football.

That hasn’t stopped pundit Robbie Savage suggesting that Salah should be shelved for Liverpool next season, however. In his role as BBC contrarian, Savage recently suggested that next season, Jurgen Klopp’s side would benefit from bringing in Borussia Dortmund and England wunderkind Jadon Sancho – at Salah’s expense.

“I would play Sancho, if it was me, next season, instead of Salah. That’s just my opinion,” the outspoken exponent of gobbledygook claimed.

It’s not the first time “Sav” has expressed an opinion or committed a deed worthy of ridicule. At an awards ceremony a few years ago, for instance, journalist and host Barry Glendenning made a fairly inoffensive joke at Savage’s expense – and the pundit responded, in all seriousness, by offering to fight Glendenning. So much for loving the “banter”.

Here are some more notable occasions when Robbie acted like a wrong ‘un.

In one of his most infamous moments on the pitch, during the final minute of a 2001 game between Leicester and Derby in the Premier League, Leicester player Savage threw himself to the turf in a bid to receive a wholly undeserved penalty – and was duly awarded one.

When the pen was dispatched, Savage celebrated in front of the Derby fans with an ostentatious, fist-pumping display calculated to enrage the support – and players too, several of whom chased him around the pitch in fury.

In 2002, prior to a match between Leicester and Aston Villa, Savage ventured into referee Graham Poll’s changing room without permission, with the express intention of befouling the referee’s toilet.

Savage claims he was suffering stomach pains, though this doesn’t really account for why the player would (and sincere apologies for the image this calls up) conduct his business with the toilet door wide open. Whilst also describing exactly what was going on to the aghast Poll, who witnessed the event.

Once the foul deed was done, Savage didn’t flush the loo, either. Let’s not dwell on the prospect of Poll having to deal with this dubious souvenir. In the aftermath, the player was adjudged to have transgressed the rules, and was fined two weeks wages by his club Leicester, as well as receiving a £10,000 fine from the FA.

Roy Keane might be a divisive character, but the perpetually prickly pundit does at least seem to have more substance to his opinions than Savage. Occasionally though, Keane operates on instinct alone – and on this occasion, we can’t fault him.

During his time as Sunderland boss, Roy was considering trying to sign Savage. Writing in his autobiography The Second Half, Keane takes up the tale: “I thought [Savage] might come up to us at Sunderland, with his long hair, and give us a lift, the way Dwight Yorke had – a big personality in the dressing room.

“So I got Robbie’s mobile number and rang him. It went to his voicemail: ‘Hi, it’s Robbie – whazzup!’ – like the Budweiser ad. I never called him back. I thought ‘I can’t be f****** signing that’.” Possibly Roy’s least ever controversial decision.

During a stint on Strictly Come Dancing in 2011, in one choreographed move that went wrong, Savage went sliding along the floor on his knees towards the camera, in a bid to plant a kiss on the lens.

Not for the first time in his career, the luxuriantly-tressed Savage misjudged his approach, colliding with the camera with such velocity that he struck the lens with his nose – and broke it in the process. Dance shit, get banged.

The tedium is the message

In 2017, Savage admitted that during his playing career, he would create anonymous accounts on football message boards in order to post complimentary messages about himself.

“You know those chat boards?” Savage said on BBC Radio. “I made up a name, went on them and used to say, ‘Robbie played well today, didn’t he’”.

Incorrigible behaviour – but then let’s face it, I don’t suppose anyone else was going to write flattering comments about the man who once threatened to go to the European Court of Human Rights after receiving a red card.