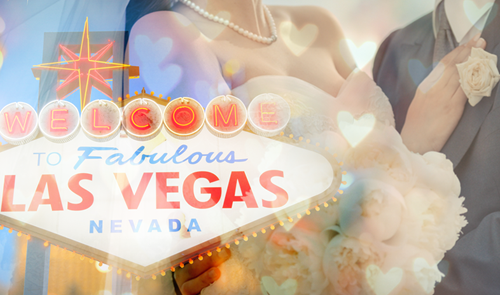 What happens in Vegas really does stay in Vegas when it comes to the crazy world of celebrity weddings. Some of the biggest stars have tied the knot in the Marriage Capital of the World, only to divorce their other half just days later. So which ill-fated celebs have wed in the casino city? And who thought ‘til’ death do us part’ had a bad ‘ring’ to it? We take a look at the shortest celebrity marriages ever in Las Vegas history.

Brit’s well-known for her bizarre antics but this impromptu wedding probably tops the list. After a weekend partying with her childhood friend, the two decided to tie the knot in a boozie ceremony. The Oops I did it again… star rocked up to the altar in a baseball cap and jeans but after agreeing “til’ death do us part”, quickly realised the mistake. The marriage was annulled 55 hours later. Let’s hope the ‘Lucky’ singer is luckier in love sometime soon.

Does Cher believe in life after love? You bet she does! 3 days after divorcing love-of-her-life Sonny Bono, the pop queen got hitched again, this time to musician Greg Allman. The pair met at one of his gigs and Gregg even fell asleep on their first date. It didn’t stop the two saying “I do” not long after. Surprise, surprise, the marriage soon got rocky and the pair split up nine days later. We bet Cher wishes she could turn back time on that wedding!

Erin was the reason Axl wrote his “Sweet Child o’ Mine” classic so he was obviously head over heels for the model. The two started dating in 1986 and got married four years later. Rumour has it, Axl popped the question with the line “Marry me or I’ll kill myself”. Charming! Despite their lengthy courtship – by Hollywood standards – the marriage lasted less than a month. Ouch! Looks like the Patience crooner didn’t want to stick around in his over-before-you-know-it romance!

Pammie has filled a lot of column inches thanks to her high-profile relationships. Tommy Lee and Kid Rock are just a few who’ve fallen for the Baywatch babe. Her third hubbie was no stranger to the limelight either – Rick’s best known as the other star in Paris Hilton’s famous sex tape. Despite his wild antics, the Playboy model was obviously still keen to tie the knot. So the pair said “I do” during a break between her stints in two Las Vegas magic shows.  But unfortunately, the Hollywood pair weren’t able to conjure up Happily Ever After. The pair divorced two months later, remarried in January 2014, then split again after only six months! Bad luck Pam, maybe third time lucky?

So if you’re thinking of getting hitched, maybe don’t head to Vegas! On the other hand, if you’re looking for some casino fun, it’s still one of the best cities to visit.

Or if you fancy a game of slots, from the comfort of your home, head over to our cracking online casino. It’s a corker!