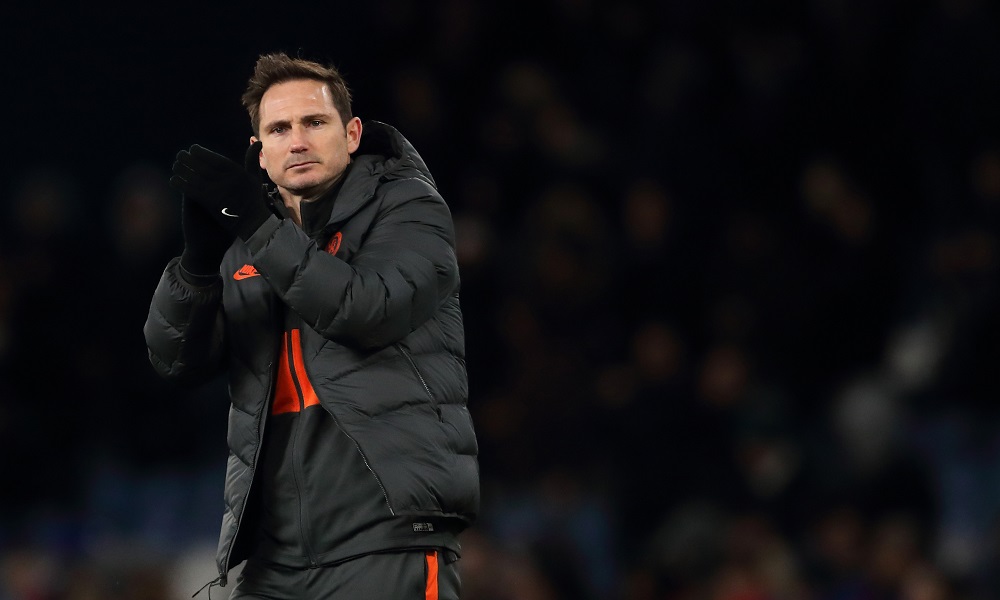 Going Frank again – Everton get their man, but Toffees could prove sticky for Lampard

After a year out of the game, Frank Lampard has finally been given another opportunity to demonstrate he’s got what it takes to be a Premier League manager. Even if the job itself has “poisoned chalice” written all over it.

On Monday, Lampard was announced as the new Everton boss. And while Frank is doubtless just happy to get back on the horse, if three-time Champions League winner Carlo Ancelotti could only coax an occasional notable performance out of the Merseyside team, the new manager looks to have his work cut out for him.

Since David Moyes’ departure in 2013, Everton have gone through six permanent managers before arriving at Lampard. During that time, supporters of the club’s patience has been tested by uninspiring performances and ill-judged decisions at board level.

For all that, the club clearly have money to spend. Owner Farhad Moshiri has pumped something like £450million into the club since purchasing a near 50per cent stake in the club in 2016. Moshiri has since increased his shares in Everton to 94per cent.

But while Moshiri’s enthusiasm for the club is difficult to question, his desire to bring success to the club has seen the side struggle with Financial Fair Play rules.

And despite significant investment from Moshiri, the side have stagnated in the last couple of years. For all their ambition, the side have won just one of their last 14 league games, and are currently placed 16th in the Premier League.

Meanwhile, Lampard appears to have been given the job in part because one supporter took it upon himself to complain about the apparently imminent appointment of Vitor Pereira as a replacement for the sacked Rafa Benitez.

Surely an infuriated Everton fan with a spray-can isn’t dictating the Toffees’ hiring process now? You like to think there’s a bit more to the club’s overall strategy.

In any case, quite why Lampard has endeared himself to Everton fans remains open to question. In his first job as manager of Derby County, he did take the club to the Championship’s Play-Off final, knocking Leeds out along the way, which must have been sweet given the Spygate furore of earlier in the season. For all that though, Derby were beaten in the final by Aston Villa.

Still, that campaign with the Rams was enough to see Lampard land the Chelsea job back in 2019. The club where Lamps spent most of his playing career finished fourth in the Prem during his first season in charge.

Lampard only made it as far as the end of his January during his second season with Chelsea, however, with his successor Thomas Tuchel steering the Blues to Champions League glory that same season – which rather suggests the team had been under-achieving with Lampard at the helm. At the time of his exit, Chelsea had plummeted to ninth place in the Prem.

Perhaps what Everton fans remember favourably about that season is not Chelsea’s performances under their new boss, though, but rather his spat with Jurgen Klopp in July 2020.

On that occasion Liverpool beat Chelsea 5-3 at Anfield, and Lampard took exception to Klopp, referring to the Liverpool coach’s recent Premier League title triumph as the “only title you’ve ever won and you think you can give it the big one” in an impromptu speech peppered liberally with naughty words.

Perhaps Everton fans have decided the enemy of their enemy is their friend – or maybe they just want someone who’s going to show a bit of spirit on the touchline. Either way, Frank’s the man, it seems.

Everton supporters may scoff at the suggestion that they’re excited about Lamps simply because he threw a few disrespectful words in Klopp’s general direction (before losing the match and then being replaced six months later). But it’s difficult to point at any other obvious quality Lampard brings to this gig.

As a football coach, Lampard’s résumé is not only slight, it’s also short on highlights. That’s not to say he can’t grow into the job – but at a club where patience is already thinner than gruel, Goodison Park may not be the optimum location to see Lamps blossom into his full potential.

More disappointingly, Everton have just played Villa for the second time this season. Seems we’ll have to wait for next season to see Steven Gerrard and Frank Lampard facing off against each other. Assuming Frank lasts that long, of course.