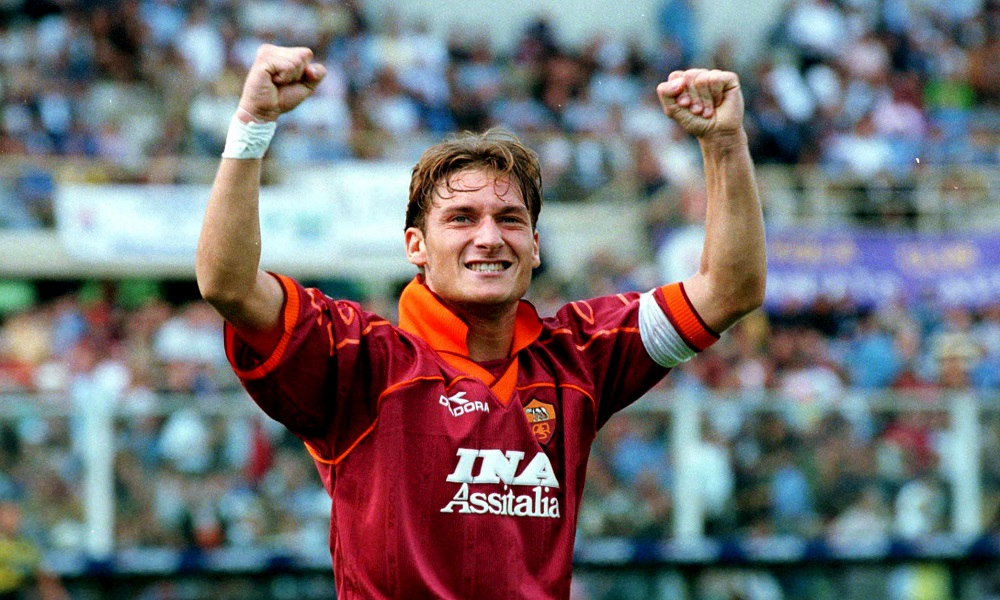 A living legend in his home city of Rome, for more than two decades Francesco Totti was one of European football’s superstars.

Having turned down the likes of Real Madrid and Man United to stay true to Roma, and even dismissed a big-bucks move to MLS at the twilight of his career, Totti decided to stick with his home club ‘til the day he hung up his boots.

During that time, there were plenty of moments to appreciate from the Italian icon, of course…

It wasn’t quite all about club football with Totti; yet it was touch and go whether the Italian would even play a part for his country in the 2006 World Cup, having suffered a significant foot injury in the months prior to the competition.

Nonetheless, the player figured in all seven of Italy’s games in Germany, providing four assists over the course of the tournament, as well as scoring a crucial injury time penalty against Australia to secure a place in the quarter-finals.

Before that World Cup triumph, Totti had already achieved something that meant the world to him. Having become club captain at the age of 22, three years later in 2001 Totti would lead Roma to the scudetto, the creative playmaker playing a crucial role in steering his side to win Serie A for the third time in the club’s history.

Totti won a host of additional accolades over the course of his career, bagging umpteen Footballer of the Year awards, as well as the 2007 European Golden Shoe for being the top goalscorer in Europe – he scored 26 goals in Serie A that season. Watch one of his finest ever goals above.

Appearing in 786 matches for Roma over the course of 25 seasons(!), Totti is the top goalscorer in Roma’s history, with six trophies and 307 goals in total. No other player in Serie A has achieved the feat of scoring a goal in 23 consecutive top flight seasons.

It’s too bad that when Totti eventually left the club in 2019, it was not the fond farewell any Roma fan would have hoped for. With Totti working as a technical director for the club since his playing career ended, the Roma icon complained that the American owner James Pallotta had sidelined him.

“I never had the chance to express myself. They never involved me,” Tottie said in a news conference announcing his departure. “They kept me out of everything. It’s a day that I hoped never would have come. Leaving Roma is like dying.”

Ouch. Better to remember the end of his playing career, perhaps: The King of Rome made his final appearance for Roma at the end of the 2016-17 season, before addressing the adoring fans in the stadium to talk about a career he said had felt like a “beautiful dream”.

Out now: All Win FC
Exit Aubameyang? 4 likeliest destinations for the Arsenal striker