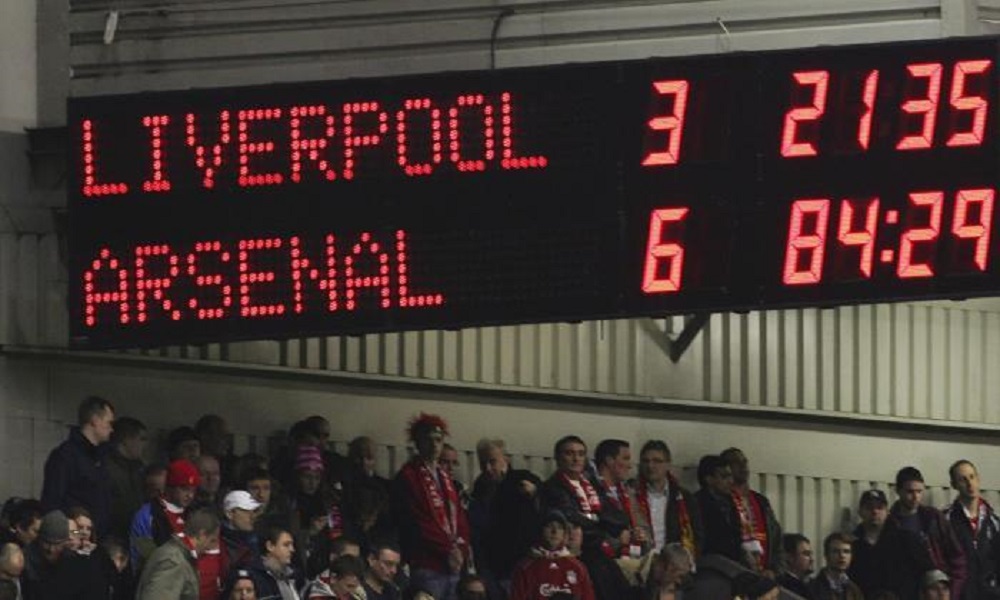 With the new football season just getting underway, already there have been surprising results from some of the biggest clubs in Europe.

Okay, it’s probably not time to start fretting just yet – normal service will almost certainly be resumed at most of these clubs, once Messi’s back for Barca, and PSG get shot of Neymar, and VAR stops haunting Pep Guardiola’s nightmares. 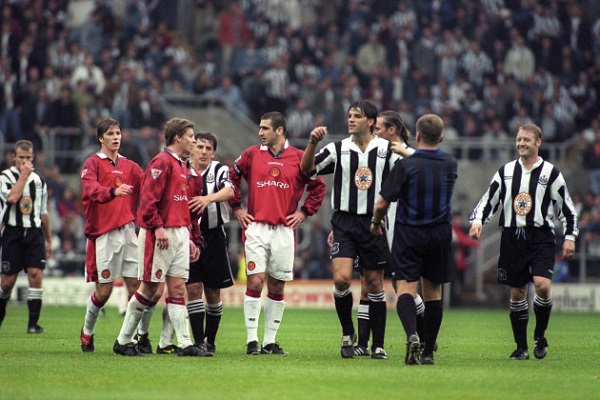 For years under Sir Alex Ferguson, Manchester United were an unstoppable collector of trophies, sweeping up domestic titles and nabbing a couple of European cups into the bargain.

Since Fergie’s departure, pickings have been rather slimmer, but even the low points of David Moyes, Louis Van Gaal and Jose Mourinho’s reigns have never quite matched United’s most atrocious outcomes.

The Manchester side have suffered 0-7 defeats on three occasions, all within a five-year spell, when they were crushed by Blackburn Rovers (1926), Aston Villa (1930), and Wolves (1931) – that last defeat a particularly unwelcome late Christmas present, coming as it did on Boxing Day.

United had been newly promoted to the First Division in the year of their loss to Blackburn, so allowances can be made there; but when Villa beat them 7-0 in 1930, that was the season when they lost every one of their first 12 fixtures of the season. Unsurprisingly, they were also relegated.

Ancient history, it’s true – but United have also come unstuck more recently, even under Sir Alex, suffering 0-5 losses to Newcastle (October 1996) and Chelsea (October 1999) in the Premier League, as well as going down 1-6 to Man City in October 2011.

Along with Man United, Liverpool have been one of English football’s giants for decades, a club with no fewer than 18 top flight titles and, following Jurgen Klopp’s triumph in Madrid in 2019, six Champions League / European Cups.

But even the Anfield outfit have their off-days. In December 1954, Liverpool were turned over 9-1 by Birmingham City. The side’s record defeat at Anfield was a 6-0 thrashing to Sunderland in 1930, while more recently, the side were embarrassed by Arsenal in 2007 as the Gunners ran riot at Anfield in the League Cup, winning 6-3 thanks to four (!) goals from Julio ‘the Beast’ Baptista! Those were the days.

The Catalan side may describe itself as more than a club, and certainly Barcelona have an incredible history, winning La Liga 26 times and also claiming glory in the Champions League five times.

But if Barca are unquestionably one of Spain’s footballing powerhouses, they weren’t always infallible. Delve back into history, and we’ll find the side on the wrong end of a 12-1 bruising from Athletic Bilbao in February 1931! In fairness, Bilbao were the reigning champions when they beat Barca, and would clinch the league ahead of their rivals too, Barca having to settle for fourth place.

Other notable defeats included Sevilla winning 11 – 1 over Barca in 1940, and in 1943 Real Madrid winning 11-1 over Barcelona in the Generalisimo Cup. That El Clasico score line is a controversial one, however; the match was played during the bleak days of WWII, when the fascist leader Franco was in charge of Spain.

There’s a story that minutes before taking to the field, the Barcelona players had been paid a visit by a high-ranking member of Spain’s fascist government in the changing room, with the implication that Barca would do well to remember that Real Madrid were favoured by Franco.

Whatever the truth of that, people who were there at the time claim there were threats of police violence aimed at the Barca players, who were playing in front of a crowd of crazed Madrid supporters at the Estadio Chamartin (Real’s home before they move to the Bernabeu).

Out of a legitimate fear for their safety, then, the Barca team essentially let Real win. Historian Joan Barau has described the game as “the match of shame”, adding that Real “never show off about that match” because it wasn’t a fair result.