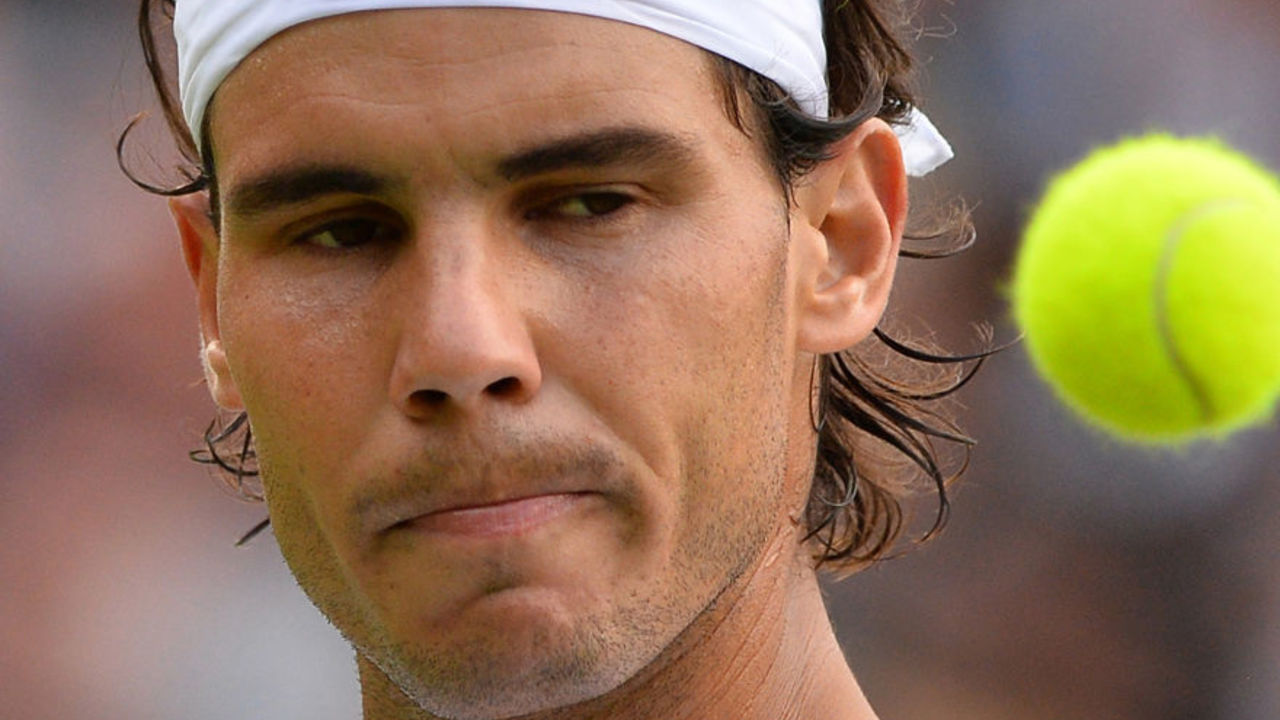 With Rafa Nadal losing to journeyman Gilles Muller earlier this week, here’s a look back at some of the biggest upsets in the history of Wimbledon. 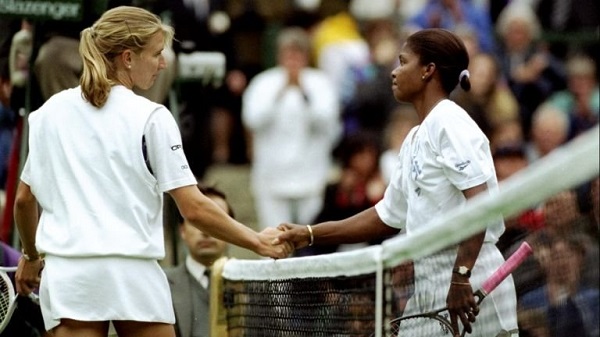 Having won five of the last six finals at Wimbledon, few expected Graf to struggle in the first round of the 1994 championships. Yet on an unseasonably dull, cold day at SW19, the top seed lost in straight sets to unseeded 30-year-old Lori McNeil. It was the first time a defending ladies champion had been defeated in the first round. 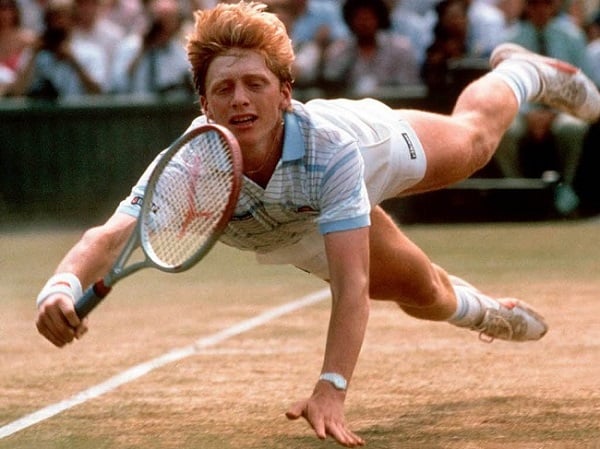 In 1985 Boris Becker was an unknown 17-year-old, becoming the youngest champion of Wimbledon when he beat Kevin Curren, beating the eighth-seed American in three hours and 18 minutes in impressive style; the German managed 21 aces to win the match, endearing himself to the crowd – and the watching millions at home – with his willingness to throw himself around the court, diving for seemingly out-of-reach balls to keep points alive. Becker eventually won 6-3, 6-7, 7-6, 6-4 – and would go on to win this event again the following year. 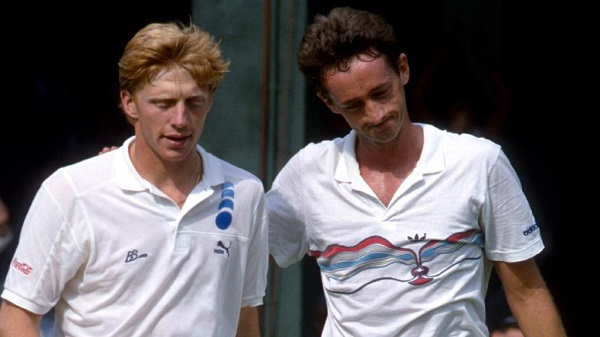 But not the year after that one. In the second round of the 1987 championship, Becker came up against the unheralded Australian Peter Doohan. But with the German’s serve less fearsome than in the previous couple of years, Doohan took full advantage to win 7-6, 4-6, 6-2, 6-4. This hardly signalled the end of Becker’s time on top; as he wryly remarked himself at the time, he was ‘not even 20 years old’. Indeed, Becker would win here again in 1989 – but for the aggressive young German who had quickly established himself as a Wimbledon great, as well as the watching fans, this was a stunning result. 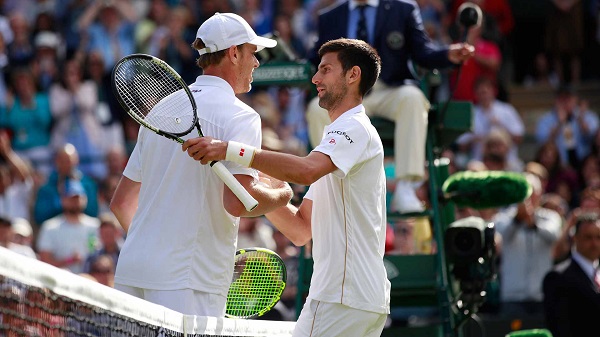 By 2016, Novak Djokovic had established himself as the dominant figure in men’s tennis, having won 12 grand slams – including Wimbledon, three times in all, and for the last two years. As he lined up against his third round opponent Sam Querrey, Djokovic was also the current holder of all four grand slam tournaments. Yet the US player Querrey had too much for the then-world No.1, beating the Serbian 7-6, 6-1, 3-6, 7-6. Djokovic has struggled with form since that defeat, though at 30 there’s still time for the player to rediscover his best form. 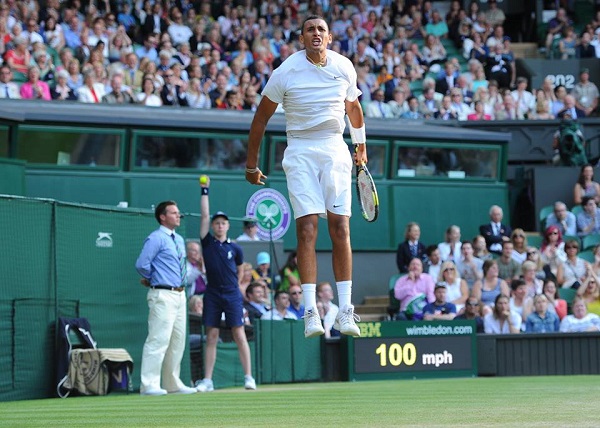 Kyrgios might be one of the most frustrating talents in tennis, but the then-teenaged Australian showed just what he was capable of when he beat Nadal in four sets at his first ever appearance at Wimbledon. After beating the Spaniard, Kyrgios would go on to lose to Milos Raonic, but this was a shock for Nadal, who had won three grand slams in the preceding 12 months. Still, with Nadal hitting 44 winning shots and making only 18 unforced errors, this result was more about Kyrgios’ unexpected excellence than the more experienced Nadal’s failings. 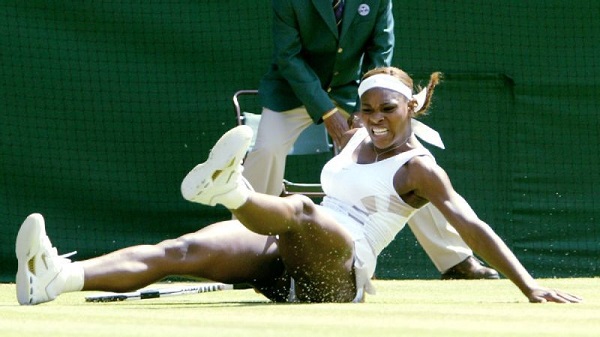 Sharapova was just 17 years old when she defeated defending champion Williams 6-1, 6-4, taking just an hour and 15 minutes to demolish one of the greatest talents in women’s tennis the world has ever seen. A superb achievement, though Sharapova’s win did not exactly usher in a new era; while the Russian would go on to win a further four grand slams, in 2016 she began a 15 month suspension from the sport, having failed a drug test at the Australian Open.  As for Williams, she has won Wimbledon on a further five occasions since losing to Sharapova.

Find 32Red’s latest tennis odds here – and if you’re still up for a flutter, be sure to check out our award-winning casino too!

Roger Federer zeroing in on his first Grand Slam title in five years?
Four sports stars who stopped caring about their sport