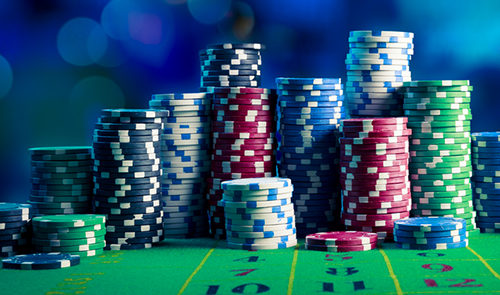 5 biggest bets of all time

In honour of the nations favourite horse race, the Grand National at Aintree this weekend, we take a look at the 5 biggest bets of all time.

Betting hundreds of thousands pounds in one go requires huge balls of steel. So we reckon these five big bettors were made from a ton of mettle (ba-dum tss!). From a $5.9 million bet, to a life or death jump, here are five of the biggest bets ever placed – and the bonkers people that bet them.

Floyd “Money” Mayweather isn’t just the highest earning athlete in the world. He’s also the daddy of all gamblers when it comes to sporting events. The boxing champ regularly bets six figure sums on everything from boxing to football to basketball. But it’s his whopping £5.9 million bet on Miami Heat to beat the Indiana Pacers that makes him a huge contender on our list. Mayweather’s punt earned him a knockout $6.49 million in cash and shows he’s no featherweight in any punter’s books.

The suitcase stash of cash

In 1980, real estate owner William Lee Bergstrom became a gambling legend for his ballsy bet. The Texan became known as the “Suitcase Man” after pitching up to a Vegas casino with two suitcases – one with $777,000 in cash and the other, empty. The casino had promised to match any bet as long as it was a visitor’s first – a guarantee which it soon regretted. Bergstrom placed the entire six-figure sum on a single craps bet and won. He piled the winnings into his empty suitcase and disappeared. Whether he had “baggage” to deal with, who knows!

During the summer of 2010, when the world was gripped by World Cup frenzy, one anonymous punter placed the biggest bet in the tournament’s history. The gutsy gambler staked £417,000 on Germany beating Spain in the semi-finals at odds of 10/11. Things were going well for him during the first half when the scoreline stayed at 0-0. But when Spain netted a goal in the 73rd minute and the Germans were denied a late penalty, the punter had to say “auf wiedersehen” to £800,000 in winnings.

2014 will go down in history as the year the Scots voted “No” to independence. But it was also the year one lucky gambler made the biggest political bet ever. The anonymous punter staked a huge £900,000 on a ‘No’ vote and potted £193,000 in winnings when the result was declared. Although he should have quit while he was ahead, the bettor fancied his chances on May’s General Election too. He re-invested his winnings to stake £200,000 on a hung parliament outcome – and lost. After losing that much, we bet he felt hung, drawn and quartered.

Billy Walters is an absolute legend in the sports gambling world as well as one of the most successful sports bettors ever. He’s made millions of dollars from betting big and has been banned from many betting establishments for the very same reason. But it was his whopper of a bet on the 2010 Super Bowl that helped cement his ballsy reputation. Billy staked $3.5 million on the New Orleans Saints beating the Indianapolis Colts. And when the Saints won, his bank account saw a cool $3.5 million come marching in.

What’s the biggest bet you’ve ever placed? And did you win? Share your story with us, below!

And remember, you don’t have to bet thousands of pounds to win big, 32Red Sport is paying 5 places on this year’s race.  Or check out 32Red’s cracking selection of online slots, roulette and bingo games.