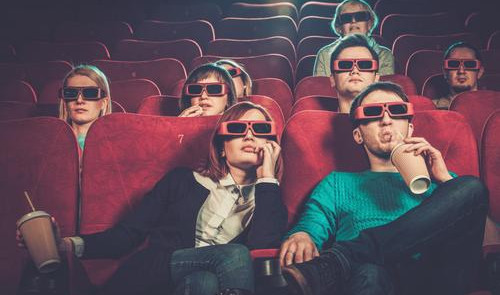 Video game movies are notorious for being box office flops. Their shoddy storylines and sub-standard graphics have turned them into one of Hollywood’s worst performing movie genres. So, as games like Assassin’s Creed and Angry Birds hit the big screen in 2016, we couldn’t resist sharing our pick of the five worst video game movies ever.

Let’s be honest, the film adaption of Super Mario Bros was never going to be tipped for an Oscar. After all the cult Nintendo game was based on two plumbers going in search of a princess called Peaches. Nevertheless, the big screen remake turned out to be pretty abysmal and earned a panning from film critics. Even Bob Hoskins’ performance as the loveable Mario, couldn’t save the shocking storyline. In fact, he and his co-star repeatedly got drunk during filming because they couldn’t handle the terrible plot. Audiences obviously felt the same way and the film was a certified box office bomb. Raking in only $20.4 million at the box office, any possible profits quickly went down the drain.

Like any well-used Glastonbury loo, Pixels is an absolute stinker. The movie centres on video game geeks tasked with saving the earth from giant Pac-Mans and Space Invaders – and yes, the film is as silly as it sounds. To make matters worse, Adam Sandler has a starring role and will have you longing for his Waterboy glory days. Despite its dubious storyline, the film grossed $244 million worldwide. Obviously, cinema-goers can’t get enough of Sandler’s embarrassingly bad comedy vehicles.

Final Fantasy became the most expensive video game film ever made but that didn’t stop the final cut being an absolute snore-fest. We’ll admit the visuals were impressive, but the voice acting was terrible– even with Hollywood legend Alec Baldwin on board. And with the movie characters as interesting as a blob of Blue-Tack, it’s no wonder the film’s movie studio closed down shortly after.

House of the Dead bagged tons of attention from film critics – but for all the wrong reasons. The 2003 film, about a zombie infested island rave, was listed in Time’s top ten worst video game movies ever made. Rotten Tomatoes named it number 41 in its list of the 100 worst films of the noughties and it nabbed an embarrassing 4% score on the film website. Terrible actors and a terrible script were the main reasons it was so bad. It also didn’t help that the film was directed by Uwe Boll – also known as the “world’s worst director”.

Doom could easily have been a box office success. After all, it was based on one of the most iconic and influential video games of all time. However, thanks to its limited back-story and character development, the film ended up being 104 minutes of “charmless and brainless” monster-killing action. Dwayne Johnson AKA the Rock doesn’t help. He stars as one of a group of marines battling genetically engineered monsters in Mars. The film scored a 19% rating on Rotten Tomatoes and made a poor profit. But, let’s be honest – with the Rock on board, the film was always going to be doomed.

Can’t get enough of video games? Then visit the 32Red casino. We’ve got a great selection of fantastic movie-based slot games including Tomb Raider, Hellboy, and try your luck on our ever growing progressive jackpot game The Dark Knight Rises to give you silver screen excitement all from the comfort of your home.