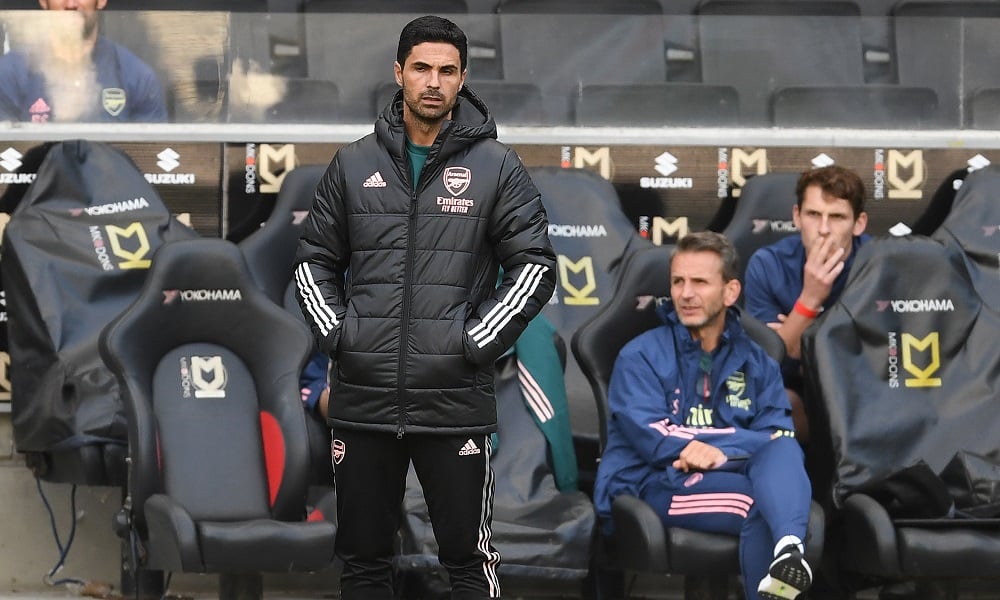 As Arsenal fail to score AGAIN, check out the longest goalless runs in football

Boring, boring Arsenal? It wasn’t supposed to be like this. But with Mikel Arteta’s side failing to score from open play in their last seven hours of Premier League game time, the Gunners have been godawful recently.

Arteta has been talked up as one of the most promising young managers in football; and certainly, striker Pierre-Emerick Aubameyang is the real deal, having scored 56 goals in all competitions for Arsenal since moving to the club in January 2018.

Yet so far in this latest campaign, the only ammunition the north London club has provided is for the critics. Aubameyang has scored once in the Prem since extending his contract, while no other Arsenal player has found the net since early October.  Whatever your thoughts on Arsene Wenger’s final years with the club, the Frenchman always sought to entertain with his football.

On early evidence, Arteta is not an entertainer. Losses to Liverpool, Leicester, Man City and Aston Villa in the last couple of months have been disappointing – but it’s the club’s inability to trouble the net that’s really left Mikel in a pickle.

With tricky fixtures coming up against Wolves and then the north London derby – with Spurs boss Jose Mourinho currently top of the Premier League – Arsenal need to sort out their issues in attack, and quickly.

Still, perhaps Mik can take some comfort in the knowledge that Arsenal’s current woes are hardly the worst showing when it comes to goal droughts. Here’s some of the most protracted goal-free sequences ever to bore the living daylights out of football supporters crying out for something, anything to cheer…

In the kingdom of the bland, maybe it’s fitting that Palace are on top. And while it could be argued that goals aren’t always high on current coach Roy Hodgson’s list of priorities, this current Palace side have a way to go to match Roy’s predecessor.

Under the largely forgotten Alan Smith, Palace would go nine Premier League games without managing to find the net in the 1994-’95 season. Nine games! That’s getting on for a quarter of the season with the support bereft of incidents to celebrate. At least they drew four of those games nil-nil too, ensuring the opposition wouldn’t have anything to cheer about either.

Incredibly, Palace attempted to match their own slumber-inducing record two decades later, with the side going eight games without scoring between late May and September 2017 – a much worse sequence, since Palace lost every single game, despite no fewer than three managers being involved in this inglorious run.

The full list? Ironic legend Sam Allardyce, who was replaced by Frank de Boer at the start of the 2017-18 season, and who himself was got rid of after just four games in charge – to be replaced by current head honcho Hodgson.

Hartlepool make Palace look like rank amateurs when it comes to arid, unbearable stretches of goalless misery, however. The Monkey-hangers – so nicknamed because a few hundred years back, Hartlepool townsfolk are said to have executed a monkey they believed to be a French spy – once endured a 13 game streak of goal-free gloom.

From the 9th of January to the 13th of March 1993, Hartlepool played matches across league division two, the FA Cup and the Autoglass Trophy – and couldn’t find the net in any of them. They also lost nine matches on the bounce during this period, but in fairness the club were struggling with an existential threat at the time, having been the subject of a winding up order.

Next to the possibility of going out of business altogether, an inability to find the onion bag looked like pretty small potatoes. Fortunately, the club was able to extricate itself from its financial woes – though Pools have suffered more problems in recent years, currently playing in the National League after being relegated from the football league a few years back.

Club football doesn’t have a monopoly on atrocious goal records, as any fan of the current Ireland national team will confirm, if they can still find the will to discuss the matter.

Without a win since 2019, Ireland’s last goal came against Bulgaria back in September 2020. Since then, they have played Finland and Wales twice each, along with games against Slovakia, England, and even Bulgaria again – but without once hitting the back of the net.

Coach Stephen Kenny’s first game in charge was the 1-1 draw with Bulgaria back in September; perhaps after such a blistering start, the manager has simply set too high a standard for his team to meet on a regular basis.