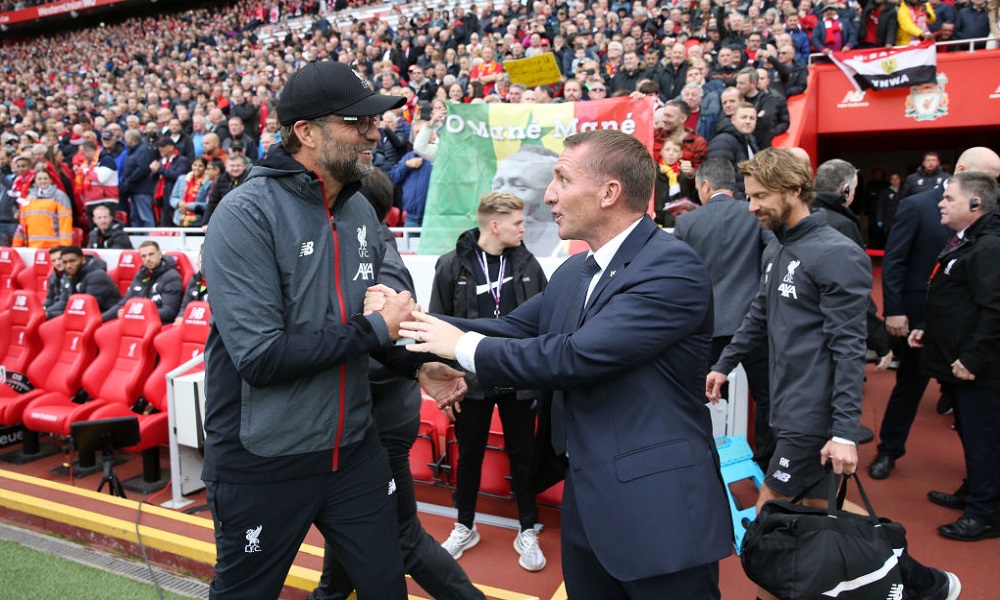 Tottenham really were astonishingly bad against Chelsea at the weekend. But on the basis that Mourinho will demand a reaction from his team – and because the Mourinho cycle generally tends to take three seasons rather than three weeks to turn from triumph to disaster, surely Spurs win this one. Not very scientific reasoning, granted.

If you’re not convinced, all of Brighton’s last five away games have seen both sides score. So…

The Cherries have lost six of their last seven; Arsenal have managed one win in their last nine league games. But this is Mikel Arteta’s first game as manager of the Gunners, and he could scarcely have requested likelier fall guys than Bournemouth for his opener.

After taking a beating at the hands of Southampton last time out, it’s difficult to feel confident backing Aston Villa. Norwich are even more in the mire than the Villans, though – the teams are 18th and 19th in the league table, respectively. Given that it’s not actually possible for both teams to lose, let’s split the difference…

Each of Palace’s last five games have seen two or fewer goals. A deeply underwhelming West Ham side are unlikely to go on a scoring spree at Selhurst Park, either.

I know Southampton have been fairly dire for most of the season – but they’ve won three of their last five (full disclosure – against poor teams). Chelsea, on the other hand, were great against Tottenham – but they’ve been bad enough to lose to Bournemouth, Everton and West Ham in the last month!

Frank Lampard’s side might have turned the corner – but taking into account the Blues have been pretty duff of late, I can’t resist a gamble on them cocking it up again on Boxing Day. Saints are 8/1 to win. This is one for those who believe in the miracle of Christmas, perhaps…

Back Southampton to win at 8/1.

Quizzically raised eyebrows at the ready, here comes Carlo Ancelotti! Will Everton prove to be less shambolic under their new boss than they were with Marco Silva at the helm? Duncan Ferguson may have provided a short-term fix of sorts but it’ll be an unhappy beginning to the Italian’s reign if the Toffees can’t beat this limited Burnley side. It seems reasonable to expect the new manager bounce effect to take hold here.

Watford might have tasted unlikely success against Man United (actually, not that unlikely – we predicted the Hornets would win in last week’s column), but a visit to Bramall Lane will probably offer a sterner test. Which sounds completely insane, but here we are.

The Blades have won their last three on the bounce, and even with Nigel Pearson instilling a new spirit of optimism in the visitors, I think United will take all three points here.

Man United have been surprisingly good against the better opponents they’ve faced so far this season, and often utterly risible against the less threatening sides in the Premier League. Does that mean Newcastle can get the better of United at Old Trafford?

The Magpies have already beaten the Manchester side once this season, and Steve Bruce’s team come here with three wins in their last four. It’s another gamble, but on the Double Chance market you can back Newcastle United or the draw at a pretty generous price…

Back Double Chance Newcastle or the Draw at 49/20.

Is this the game where Liverpool finally come unstuck?  Jurgen Klopp’s team still haven’t lost in the league yet this season, but Leicester are their closest challengers. Throw in the Brendan Rodgers connection (he’s a former Liverpool manager, of course) and this one is all kinds of spicy. It’s just a shame Leicester were comprehensively outplayed by Man City at the weekend.

Still, that was on Man City’s home turf; surely the Foxes should offer more at the King Power? Nonetheless, my money remains on Liverpool to win this one. Leicester have no wins in their last three, and the only ‘big’ teams they’ve beaten this season have been Spurs and Arsenal, neither of whom are in a good place right now. Liverpool just seem bulletproof.